Unfortunately on August 21st, I wasn’t the only one under the weather (recovering from a nasty flu), but our neighborhood was under the weather as well.  Try as I might to set up for the eclipse, I only scored some shots of the moon’s movement toward and away from the sun.  The rain began before, continued throughout and after totality. Not feeling that great to begin with, I was actually rather upset that the clouds broke up before it was all over.  But, who was I kidding?  Of course I had to get back out there and catch what I could!!

(Admittedly, by the looks of these, I may as well have been shooting the moon on any given night, right?  Yet, here are a few, my weak excuse being that sometimes the clouds can add to the allure!) 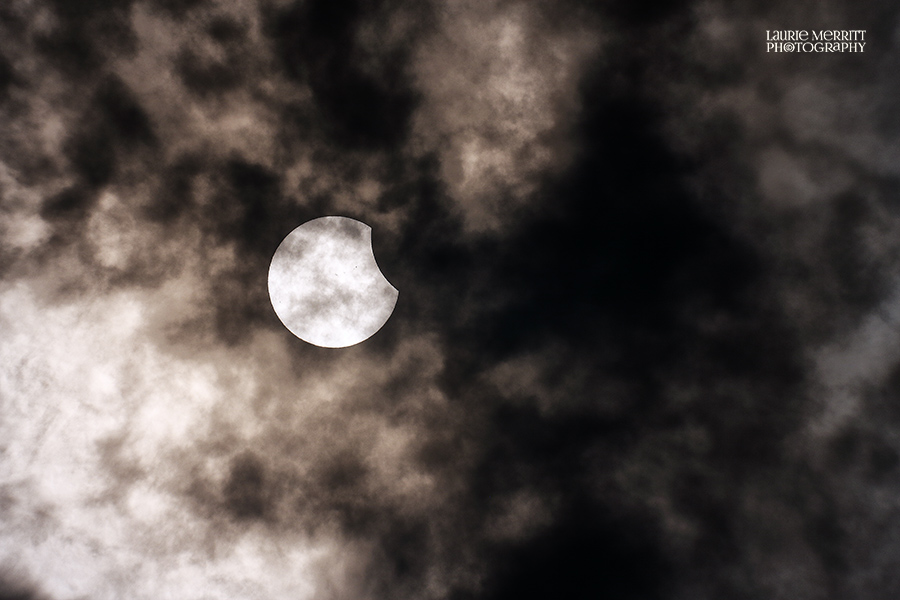 Initially thought there would be minimal cloud cover… 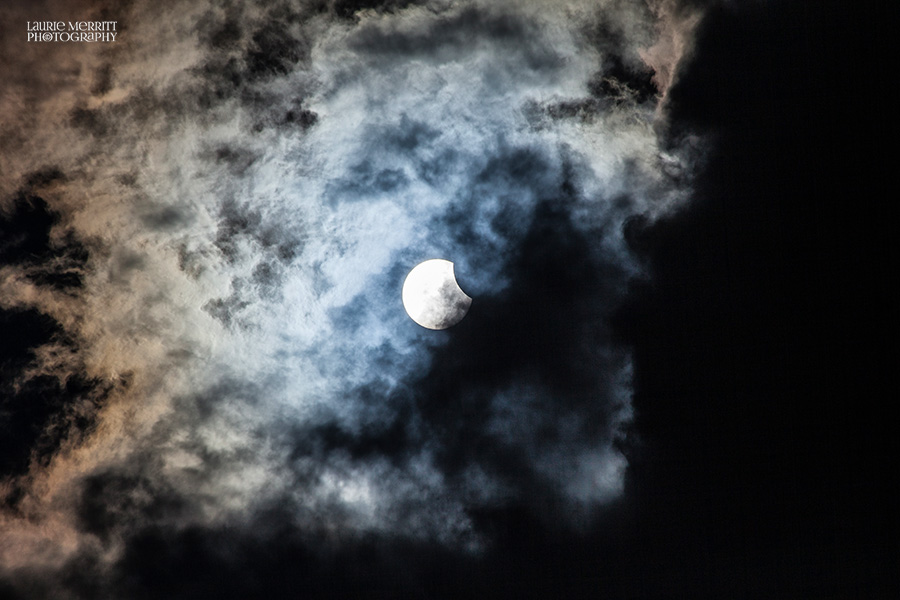 …but nooooooo… The dark clouds and rain rolled in. 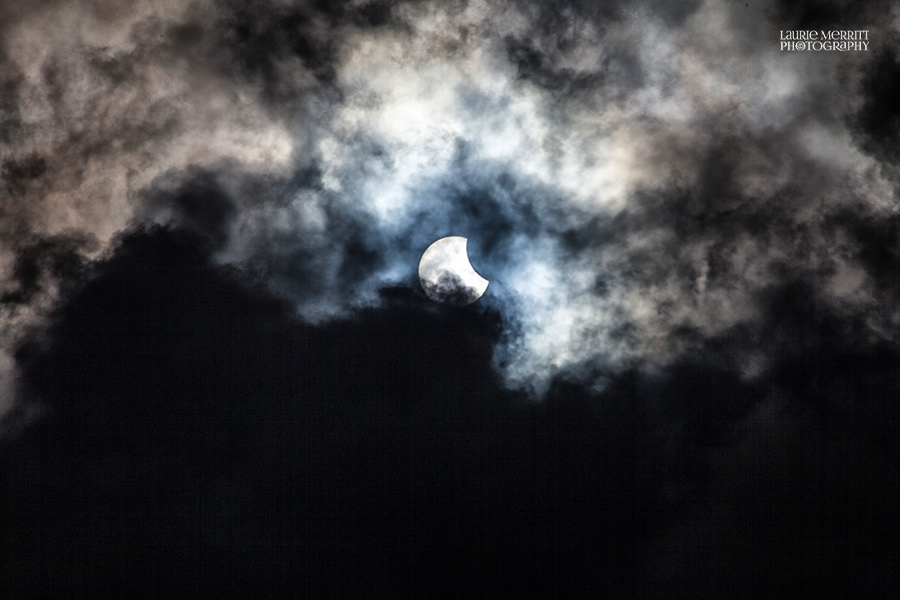 It is what it is, as the saying goes; packed it up.

But alas, the sky opened up again (somewhat), and out came the gear setup for a few lasting memories. 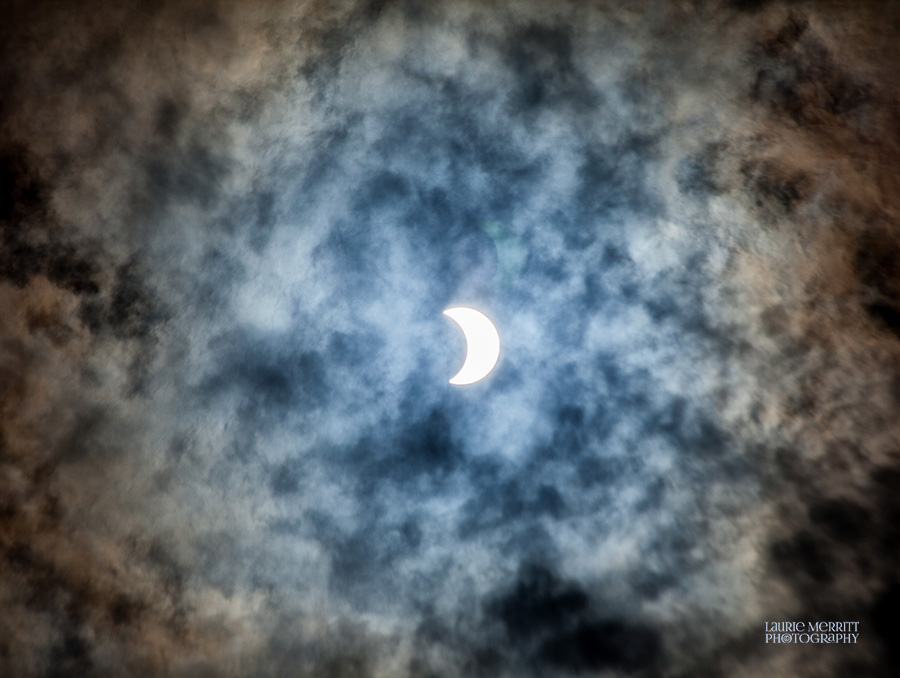 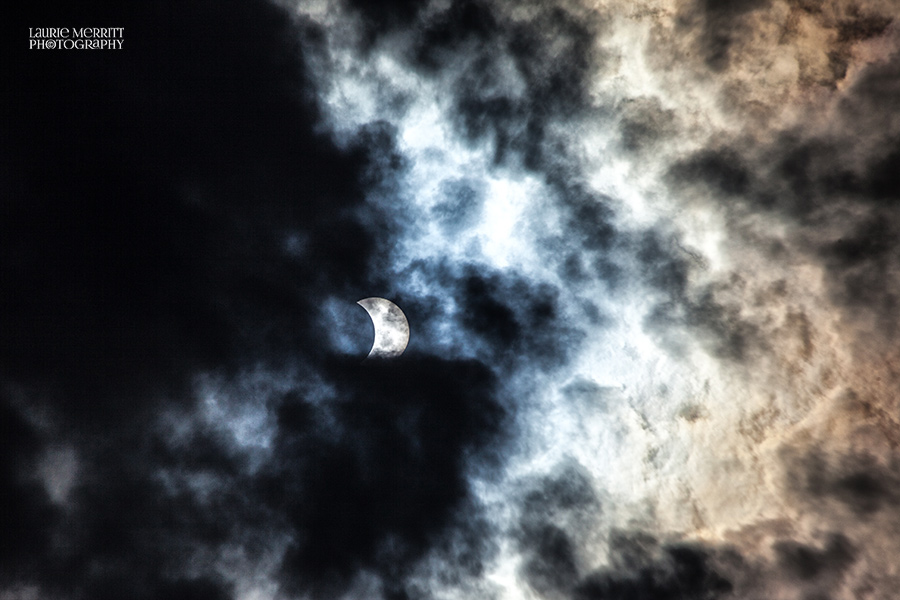 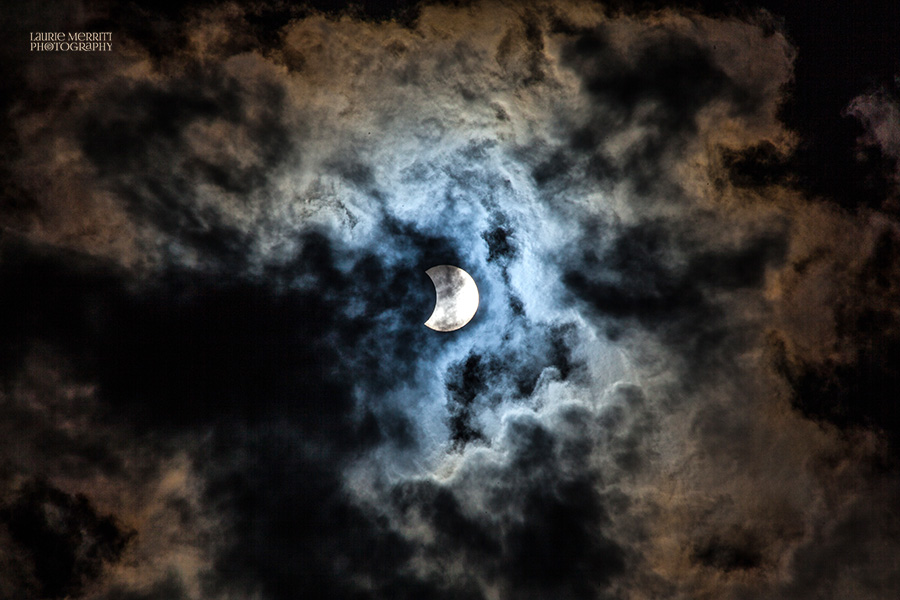 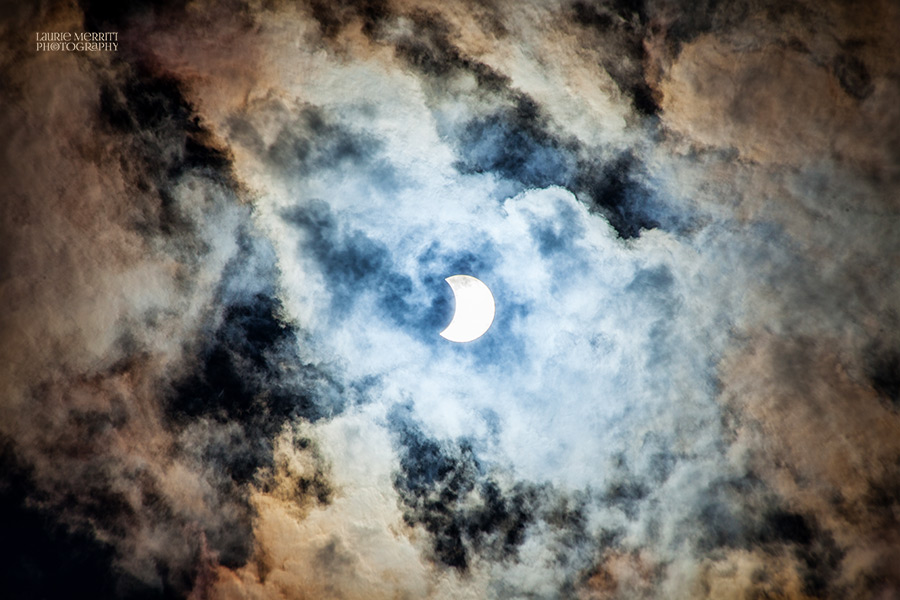 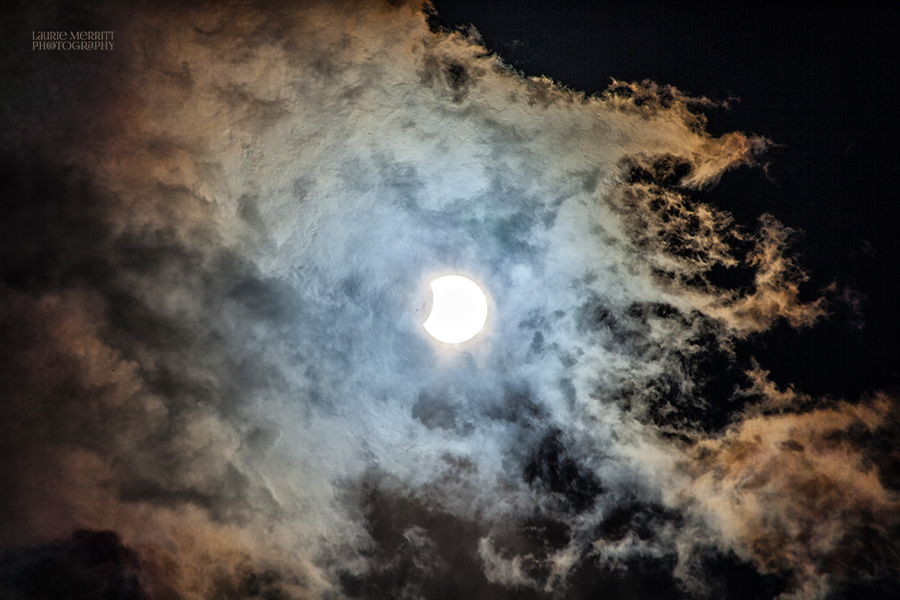