Got close enough to the rock face to discern the few remaining faded pictographs that dot the rocks of the fjord’s shoreline – witnessing a last trace of earlier Tlingit Indian tribes’ existence –  etched and painted into the stone along the shores of the Behm Canal in Misty Fjords.

The area has a long scattered history of human habitation.  Archaeologists have dated the area’s original inhabitants’ (the Tlingit, Haida and Tsimshian) remains as far back as 10,000 years ago! 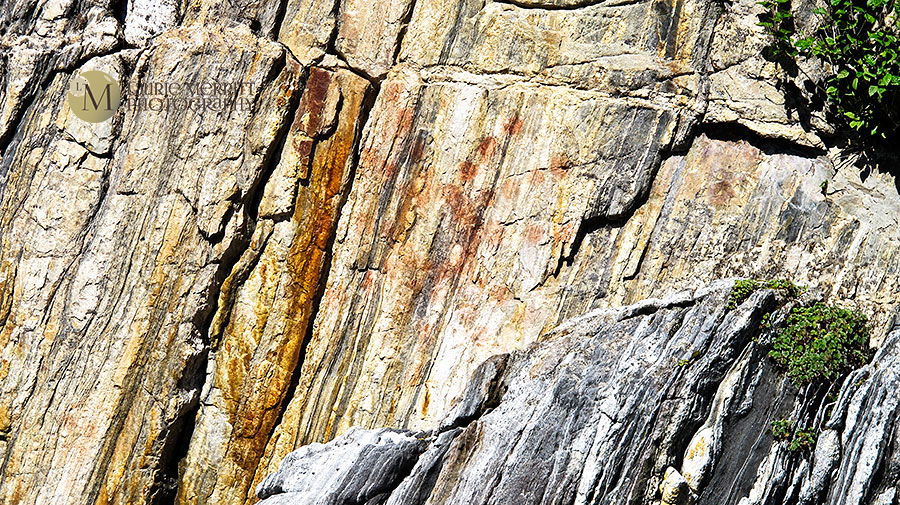 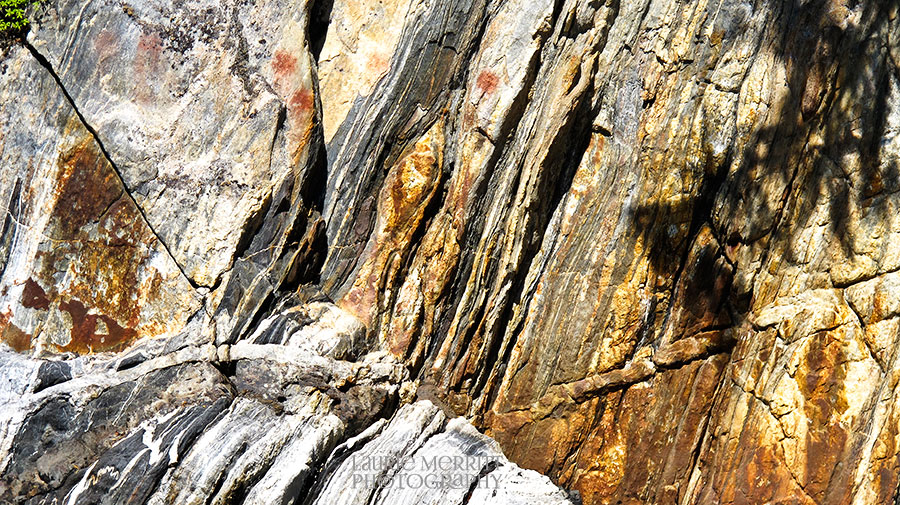 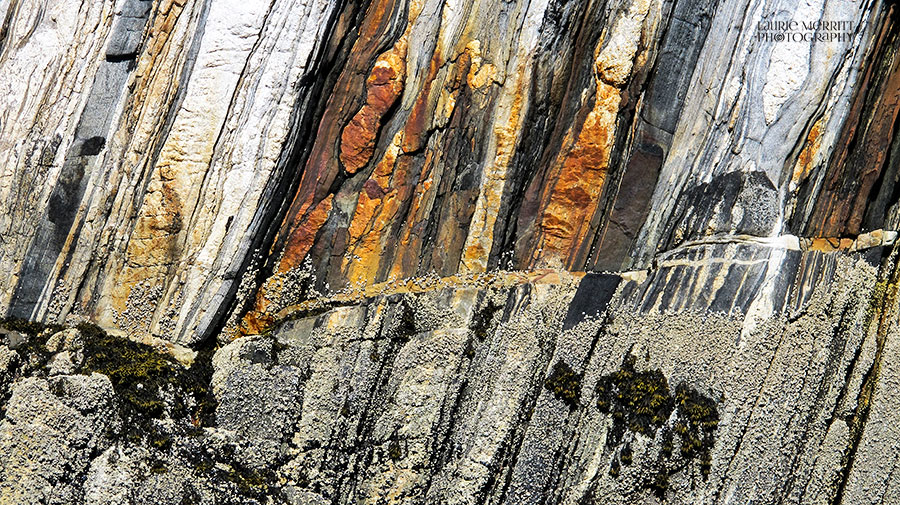 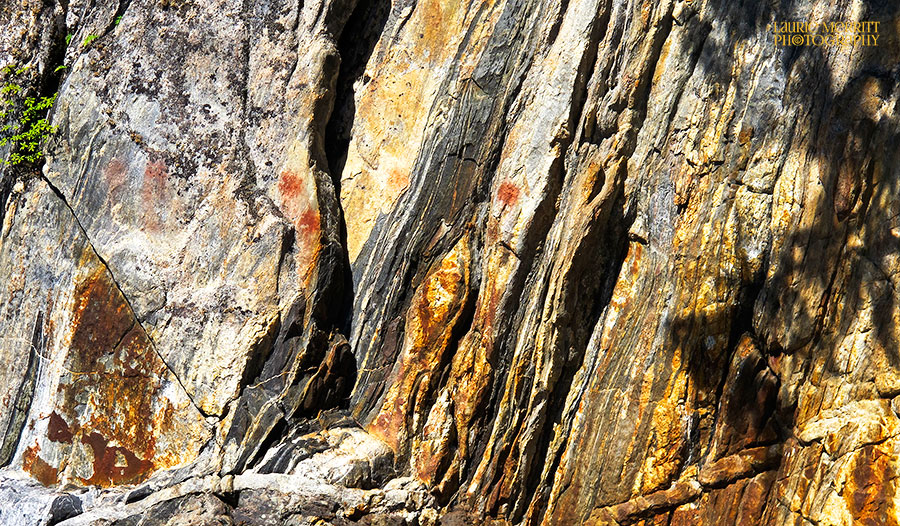 Geology: the study of earth; any of a number of scratches or parallel grooves on the surface of a rock, resulting from the action of moving ice, as of a glacier. 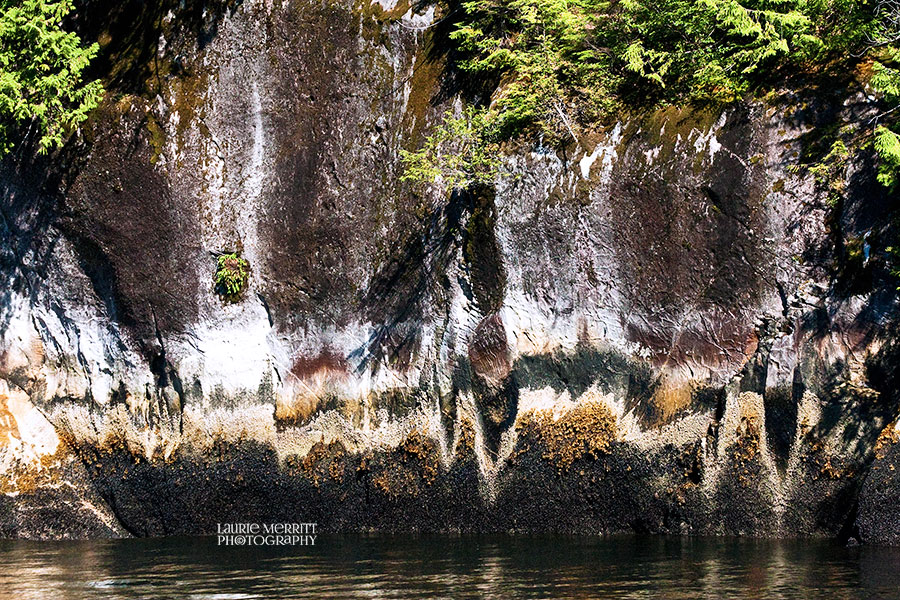 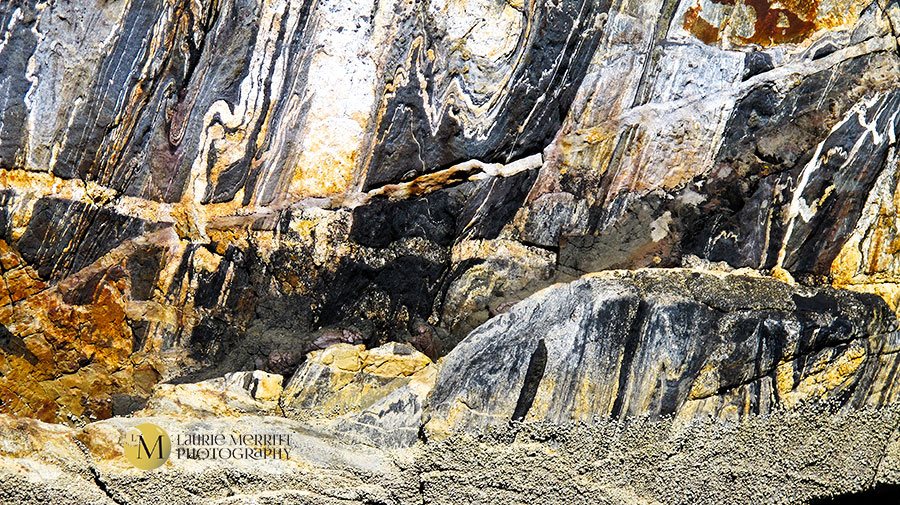 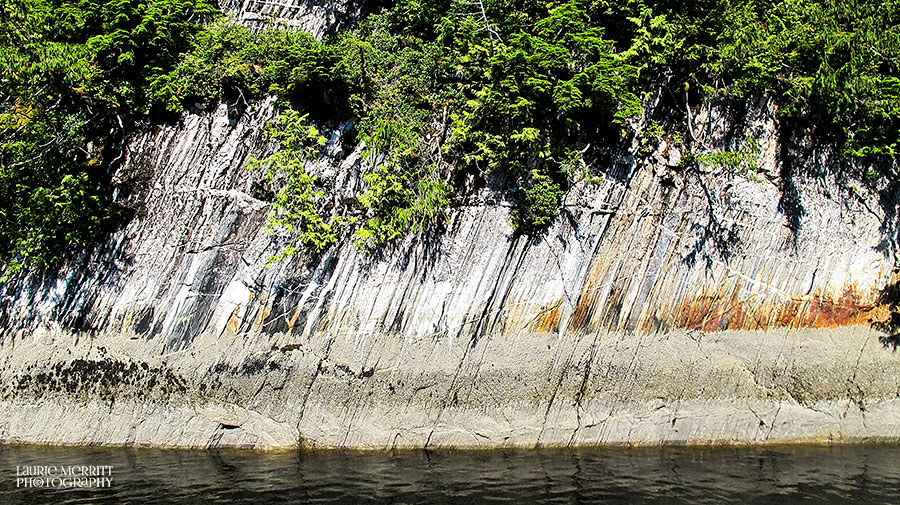 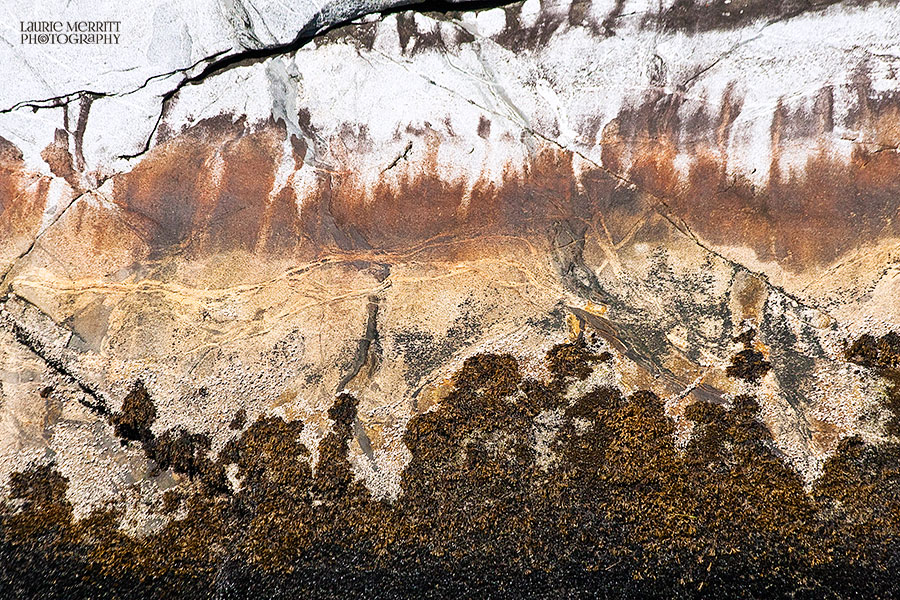 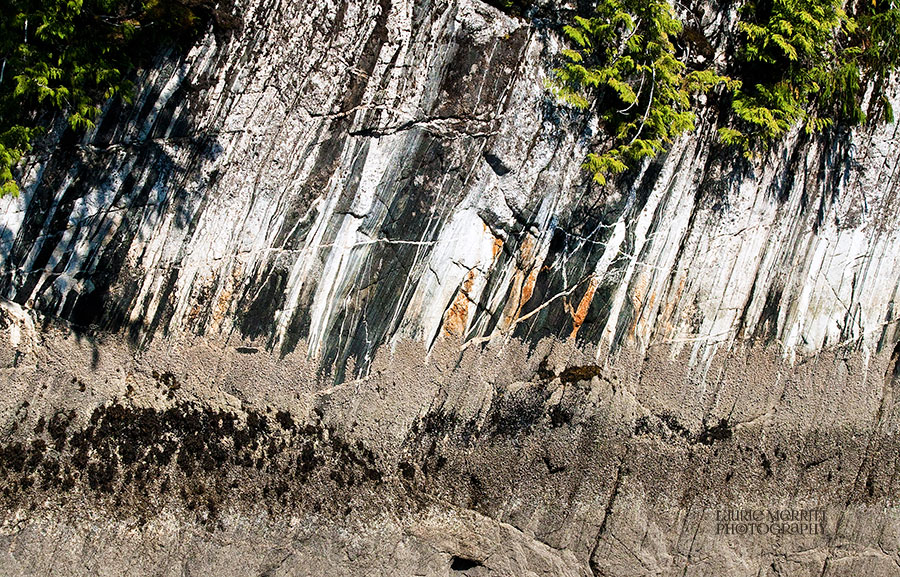 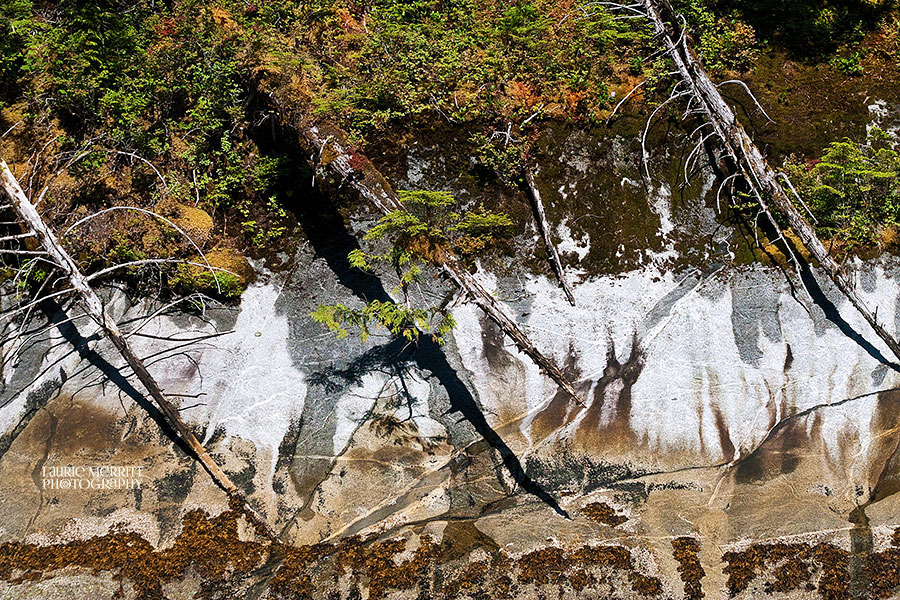 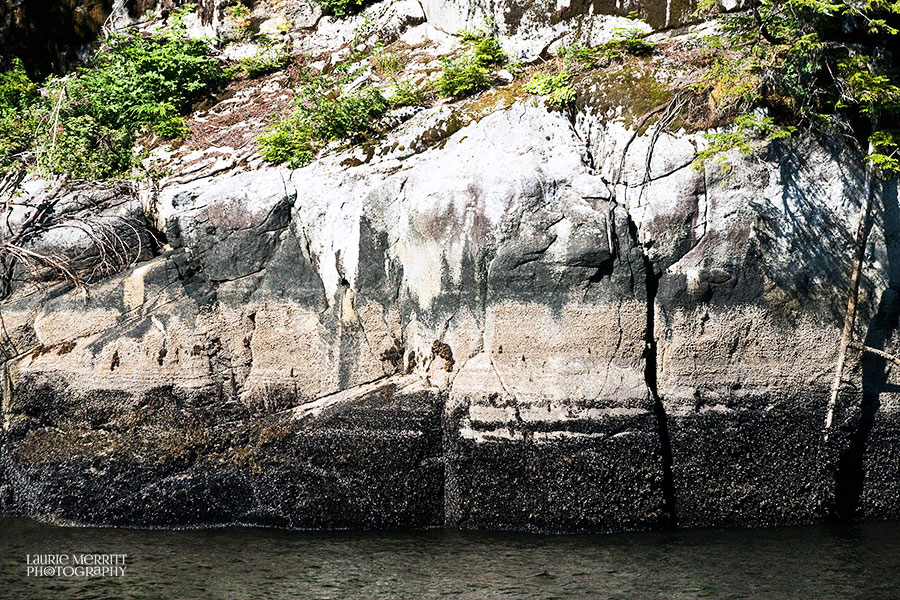