One of the heaviest fresh water turtles in the world, the alligator snapping turtle is named because of its immensely powerful jaws and distinct ridges on its shell that are similar in appearance to the rough, ridged skin of an alligator.

The inside of the turtle’s mouth is camouflaged, and it possesses a “worm-shaped” appendage on the tip of its tongue used to lure fish, a form of aggressive mimicry.  The turtle hunts by lying motionless in the water with its mouth wide open. The tongue imitates the movements of a worm, luring prey to the turtle’s mouth. The mouth is then closed with tremendous speed and force, completing the ambush.

Disclosure: the fish was fine, this was a happy coincidence re: perspective! 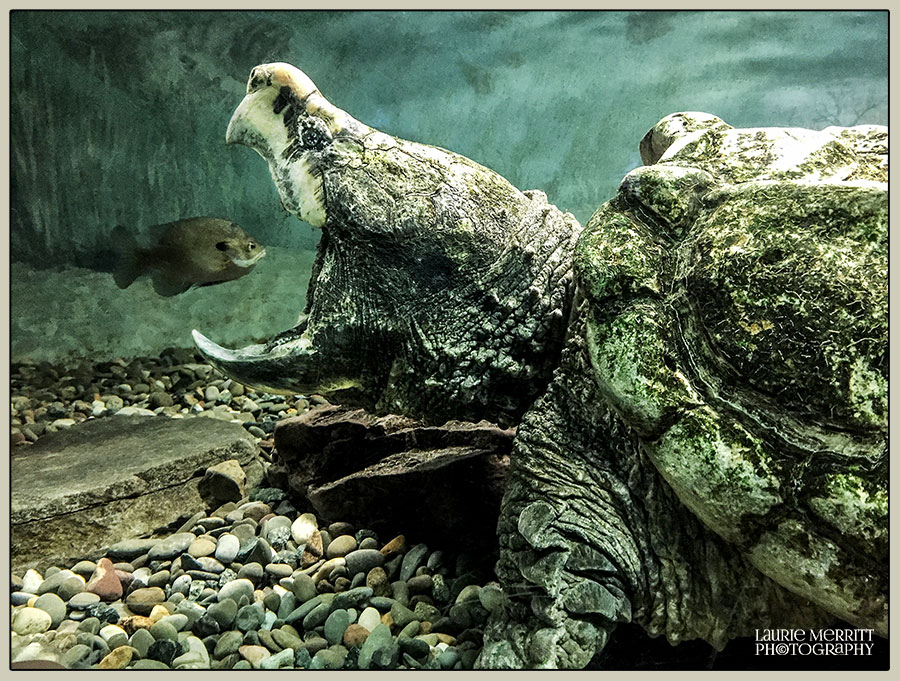