Margerie Glacier to the left; Grand Pacific Glacier at center.  It’s hard to recognize the Grand Pacific because of the dirt and rock debris.  She’s dirty, but she’s mighty!  This was the main glacier credited with carving Glacier Bay.  By 1916, it had melted back 60 miles to the head of the inlet, but still, it’s 35 miles long.  In 2004, the terminus was 2 miles wide; not so now.  After centuries of retreating glaciers, the advance of ice has actually rejoined these two glaciers as seen in the second image. 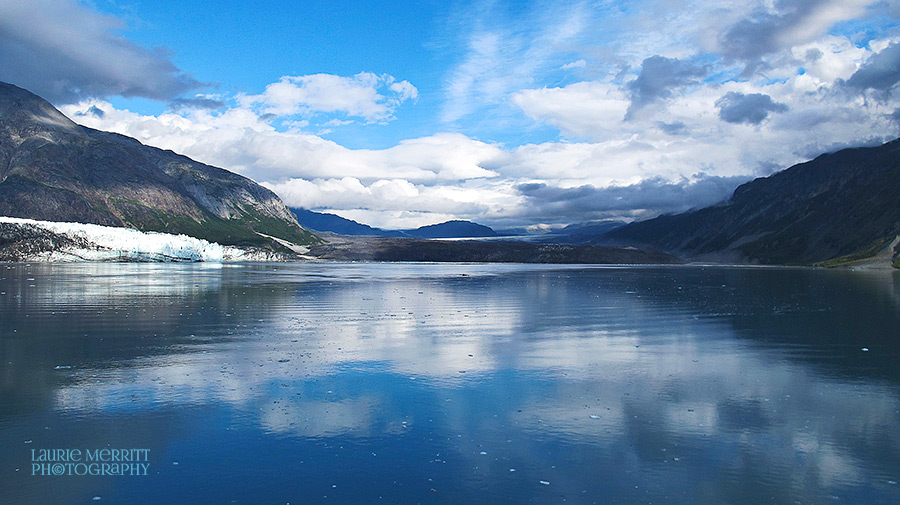 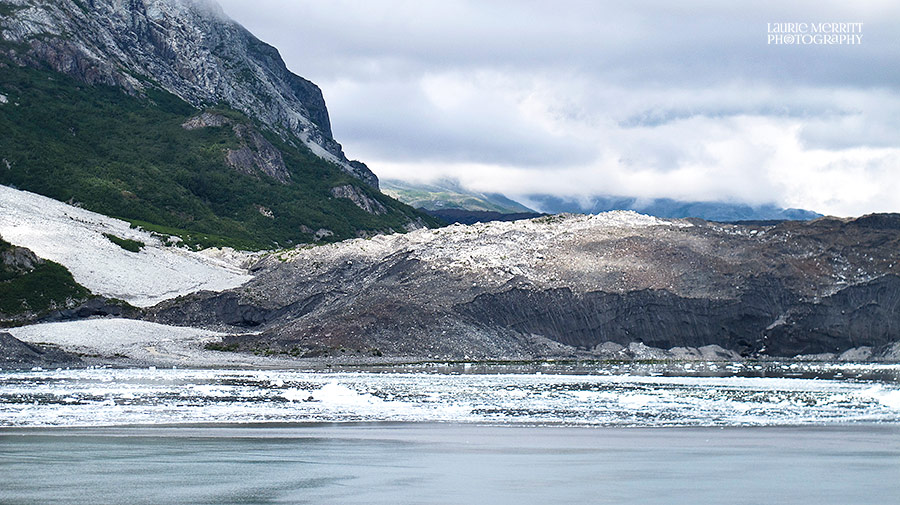 The ice has advanced enough so that the Margerie and Grand Pacific Glaciers are joined once again! 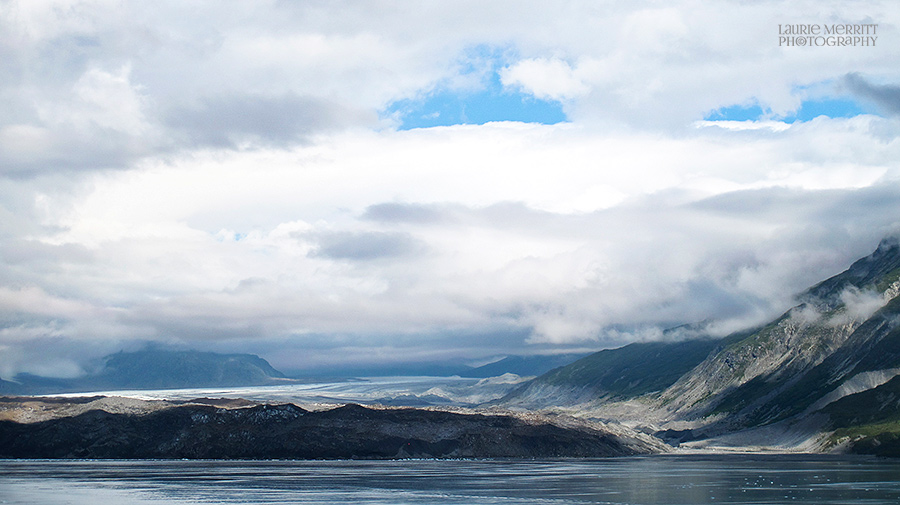 The Grand Pacific – as far as the eye could see from the ship’s deck. From its terminus shown here, it’s source is 35 miles into the mountains.