A defensive fort equipped with four bastions, the Citadel of Mendiguren was built in 1625-1627.  The most extensive changes took place in the years 1640-1685 when the fort was converted according to the plans of the French military engineer, Vauban. He went there personally to observe the course of works, then added larger barracks and more modern fortifications and a covered way. He also improved the defences of the town itself, adding walls south of the Nive River, where the town had expanded over the river. (Its western wall consists of artillery bunkers built earlier, in the years 1540 or 1550, in order to ensure the loyalty of the city).

In addition to the main building, are a variety of galleries and passages (designed to conduct flanking fire) on the slopes of a hill located on each side of the guardhouse, containing a powder kegs, wells, and a large ditch at the foot of the hill covered over by bridges. In addition, there are a collection of ancient artillery weapons.

Although weathered over the centuries, the steep slope of the street of the Citadel is surrounded by pink  and alternating gray sandstone facades. The overall size of the citadel is 600 meters long and 150 meters wide. The fort is open for tourist visits only in the summer months, as the building of the citadel now houses a College; tourists are invited to descend to the ancient barracks and climb to the upper gallery at the top of the hill. 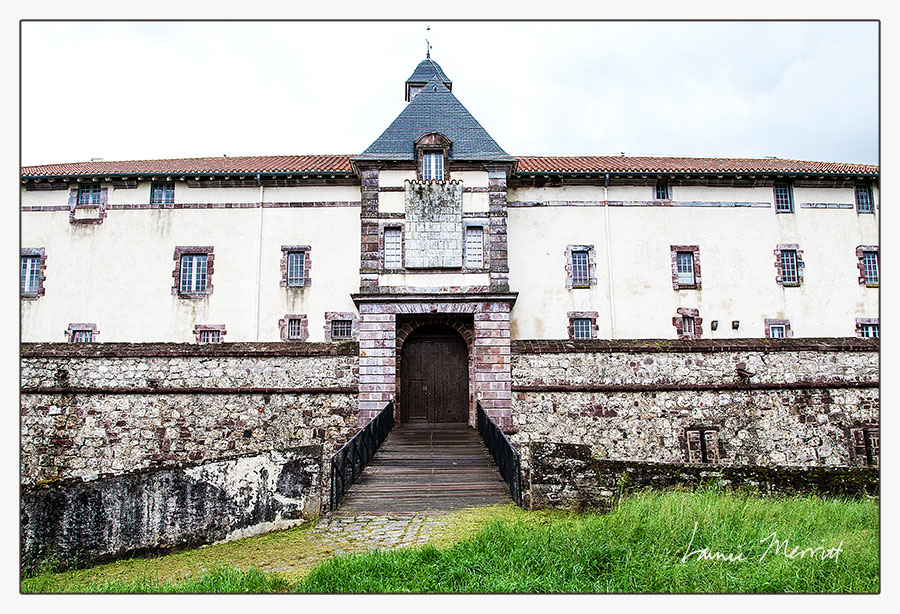 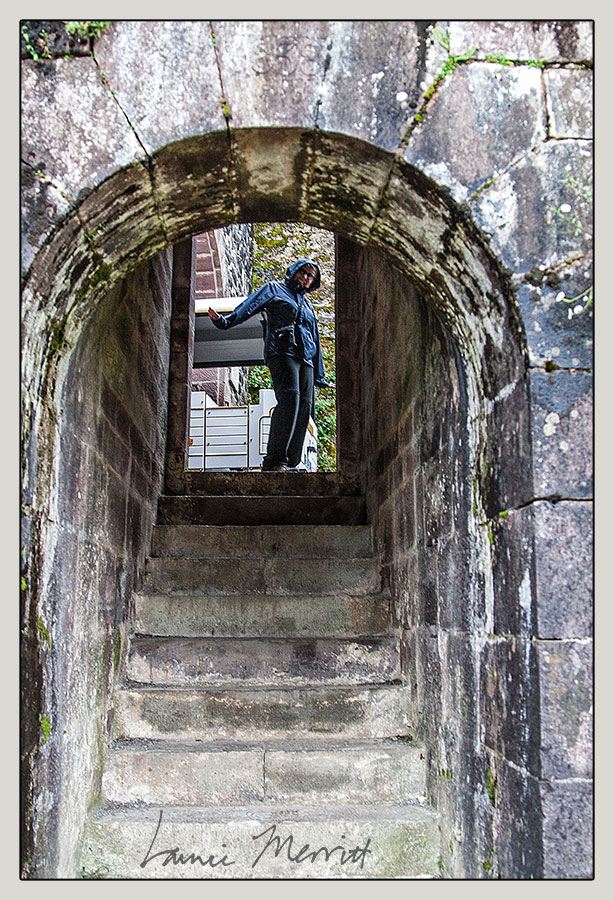 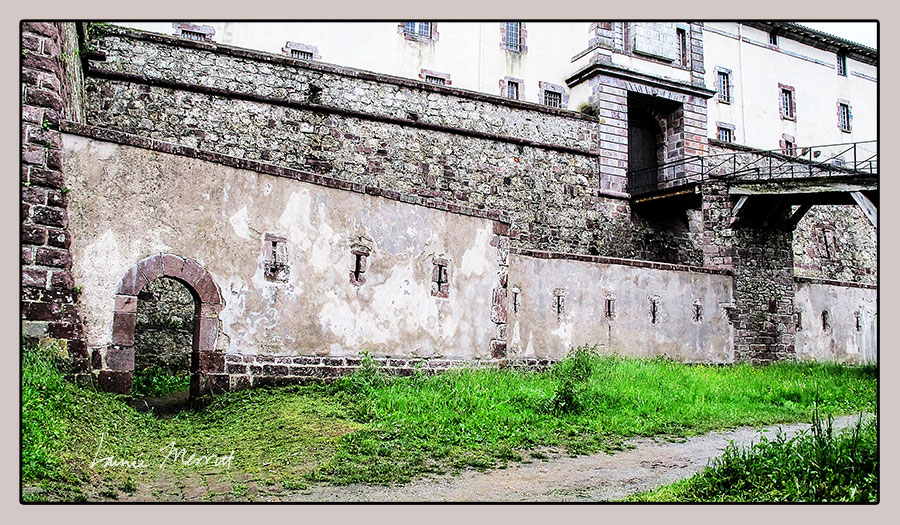 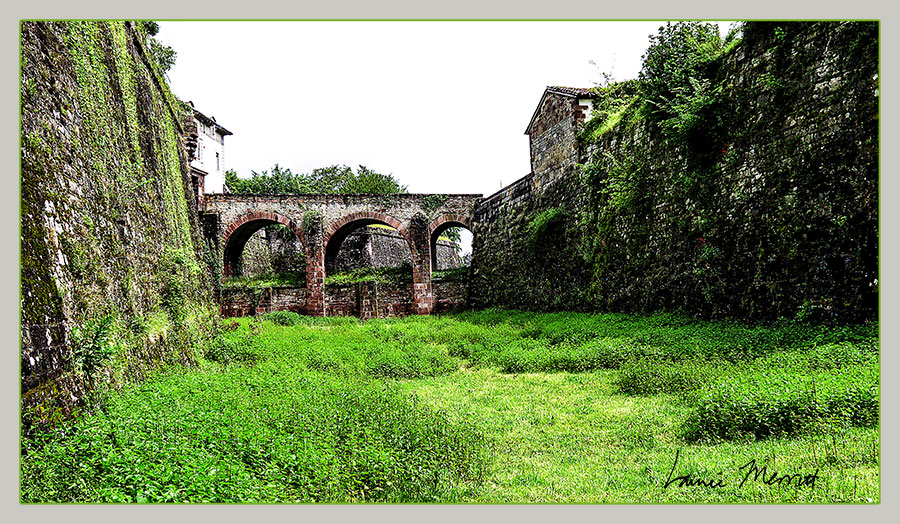 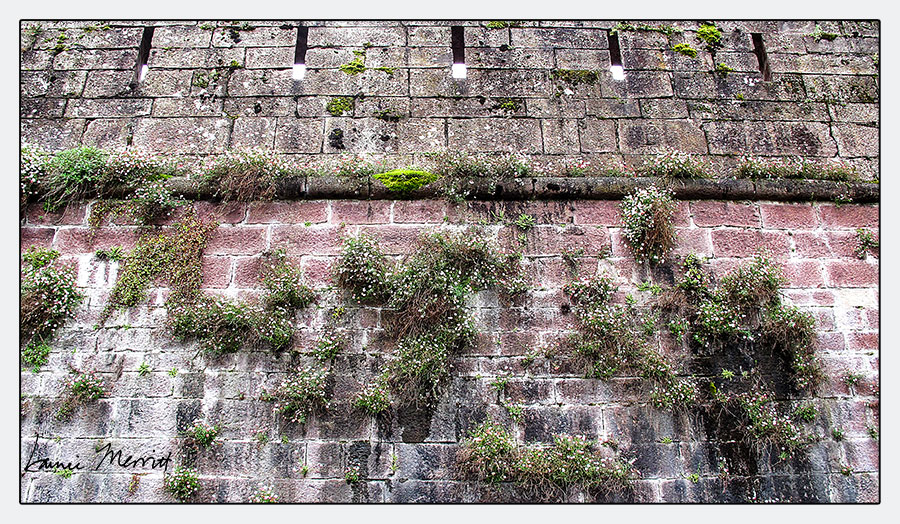 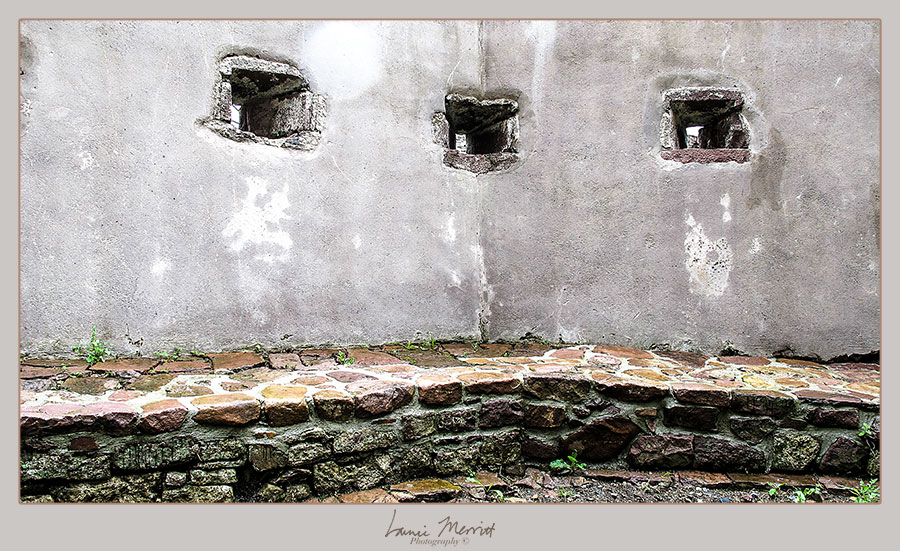 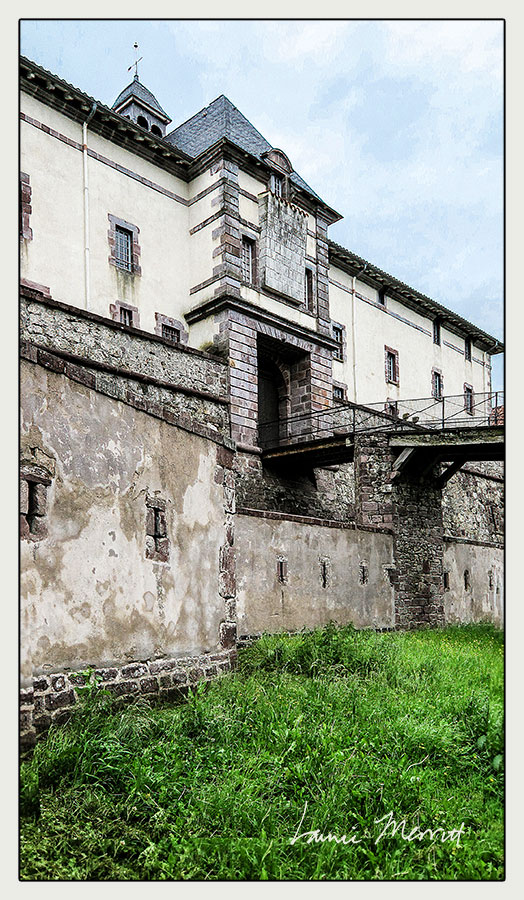 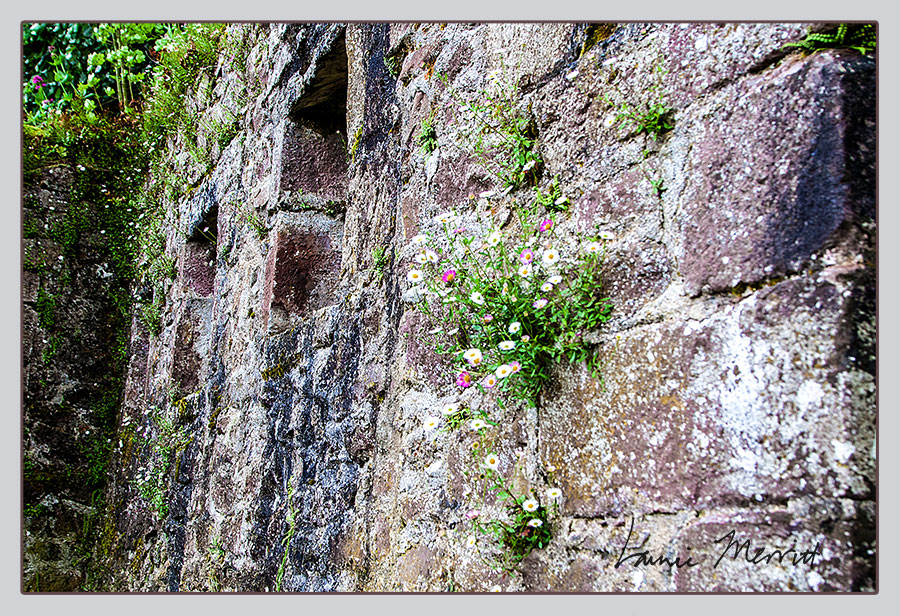 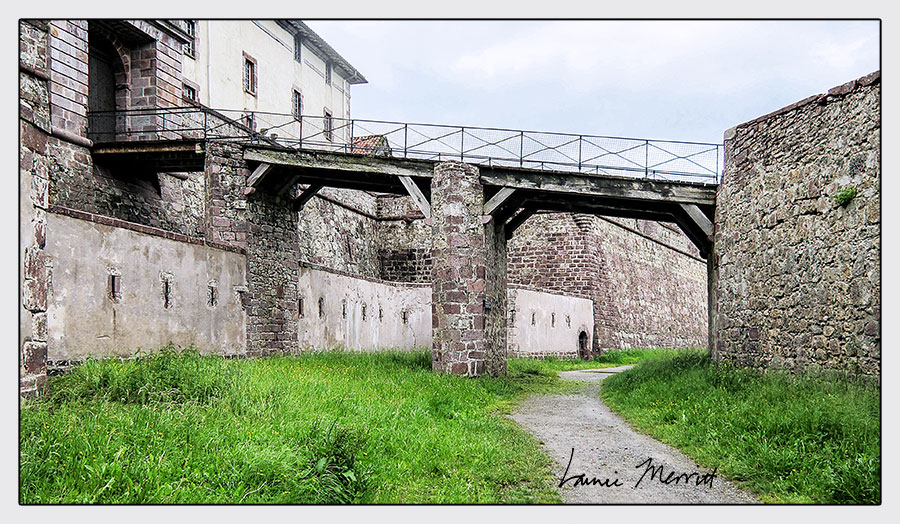 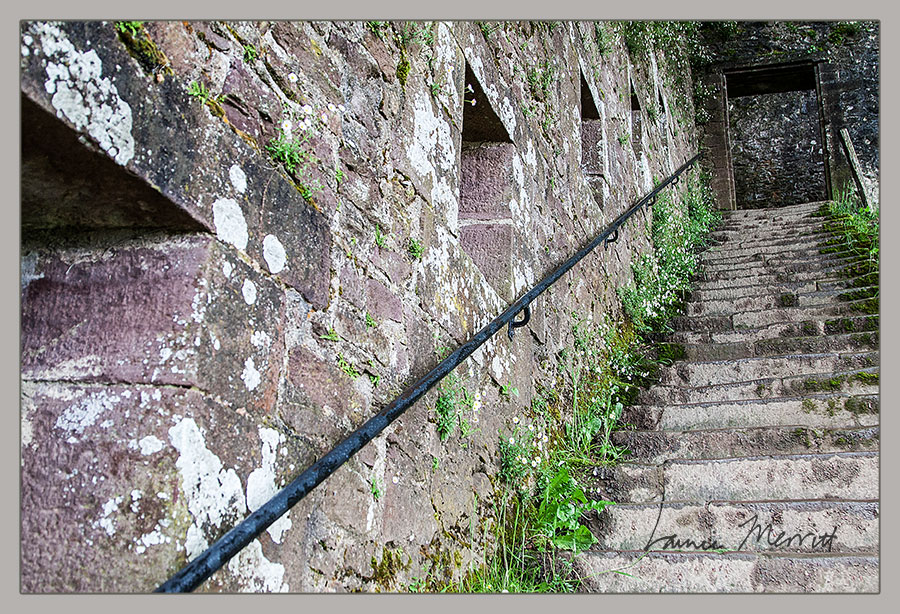 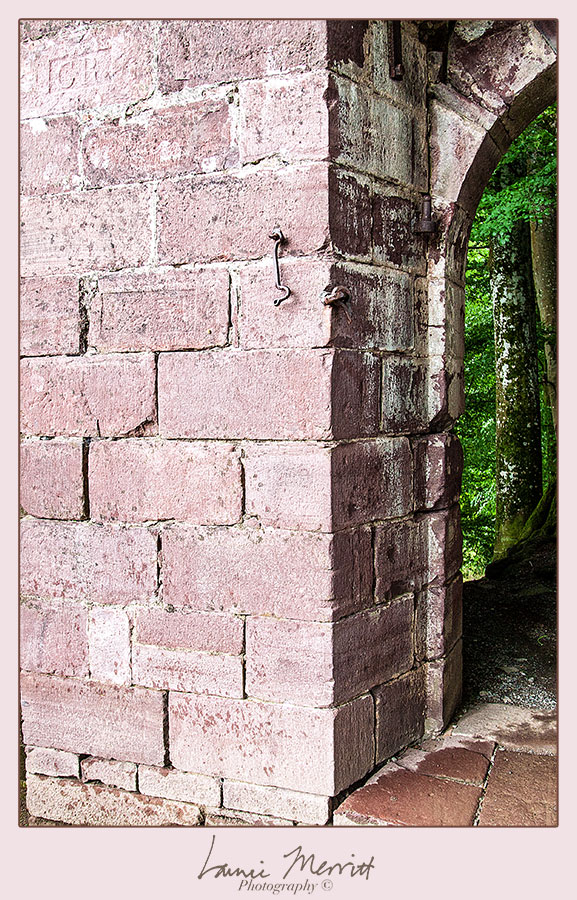 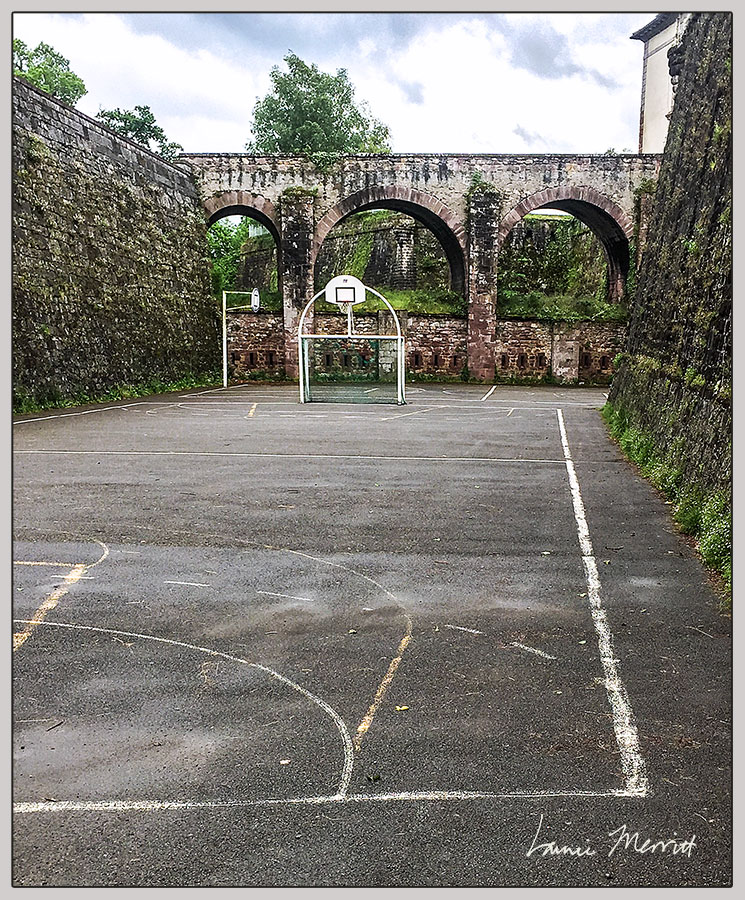 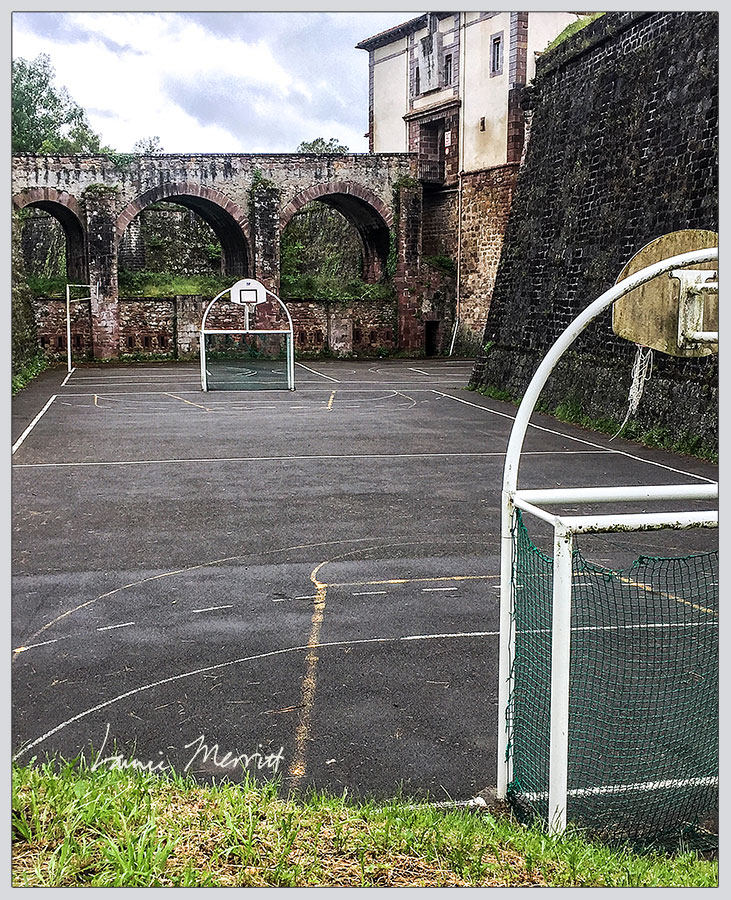 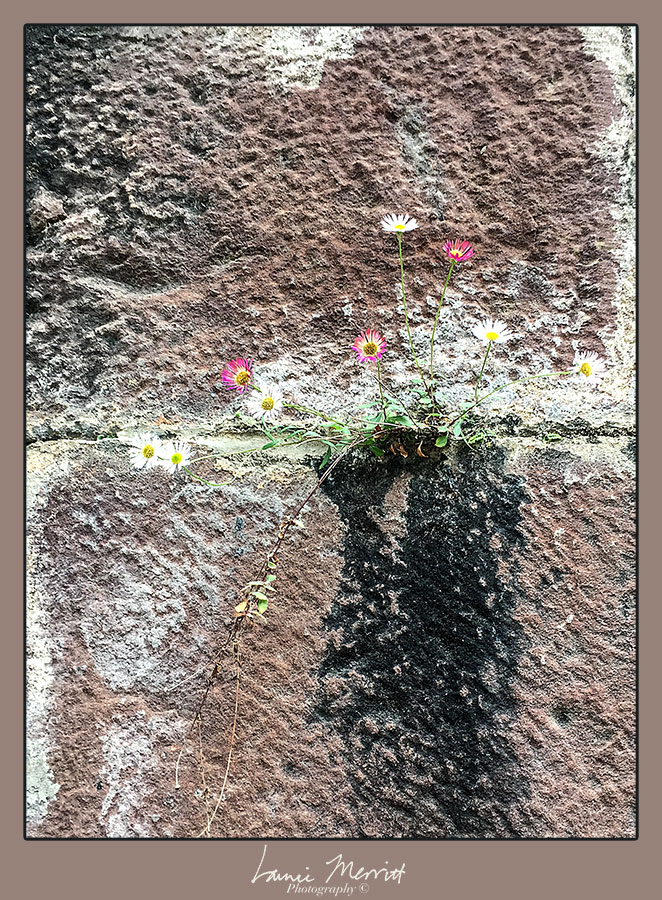