Prayer on the Flats

Couldn’t believe what we were seeing – a napping Bald Eagle.  Can only presume he had a busy morning.  As we floated past, I watched closely; he wasn’t preening either because his head hadn’t moved a bit!  Still I believed, this being the season for salmon runs (including carcasses resulting from post-spawn end-of-life cycle), he was keeping an eye open.

The Chilkat Valley… “is year-round home for between 200 and 400 eagles.  Over 80 eagle nests have been observed in the Eagle Preserve.  By the time of the Fall Congregations, the resident eagles are through raising their young, although immature eagles may stay near their parents for a year or more.  Over 3,000 bald eagles have been counted within the preserve during the Fall Congregation (October through February).”

Note the author(s) capitalized “Fall Congregations”, making it a proper noun.  Perhaps a religious connotation (i.e. a personified deity)?  Although I consider myself an agnostic, the events and scenes encountered on this trip had more than a profound effect on me.  Then again, was the Bald Eagle praying? 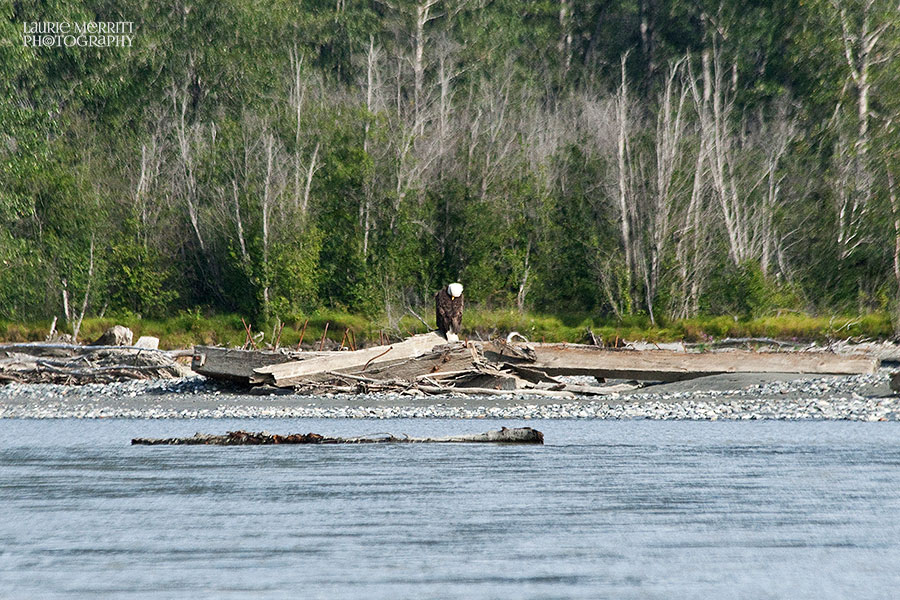 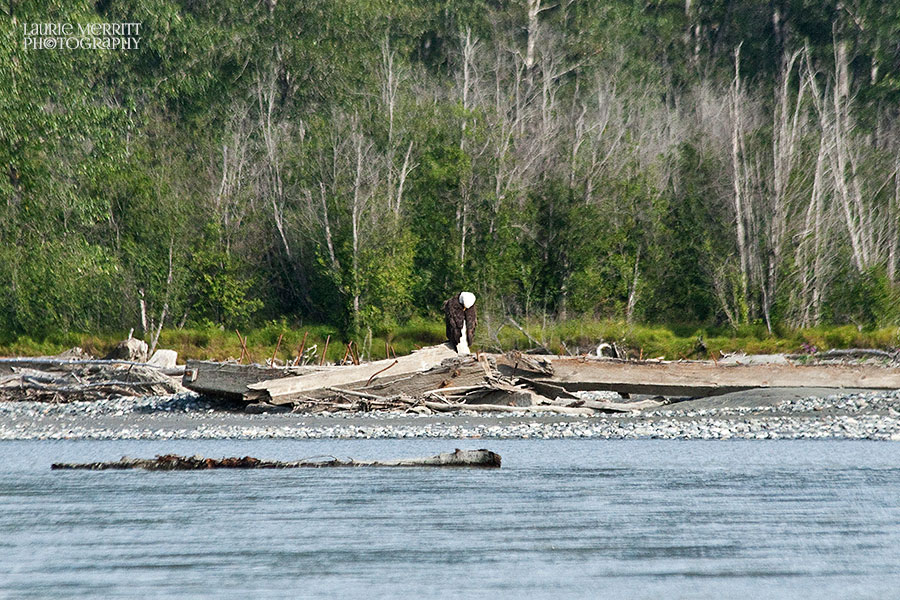 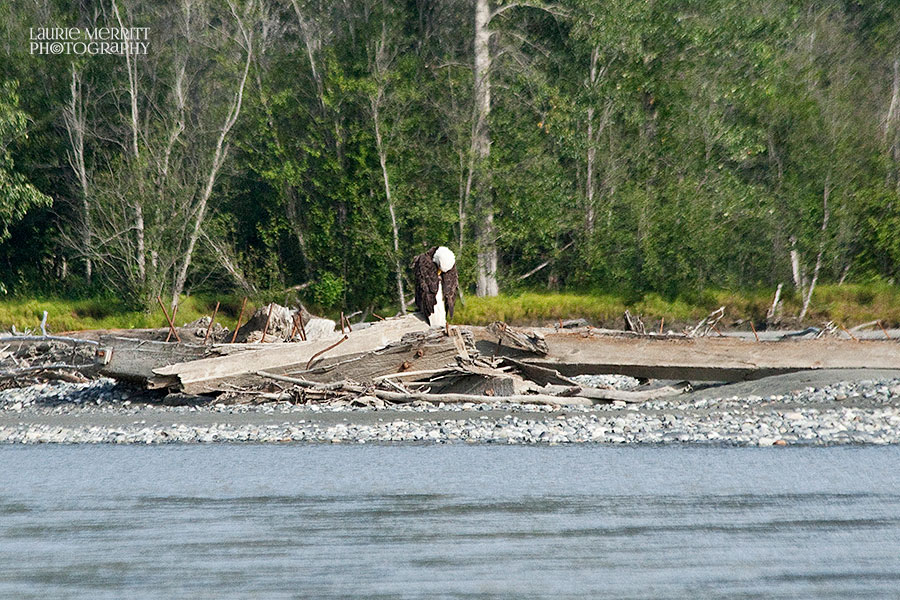 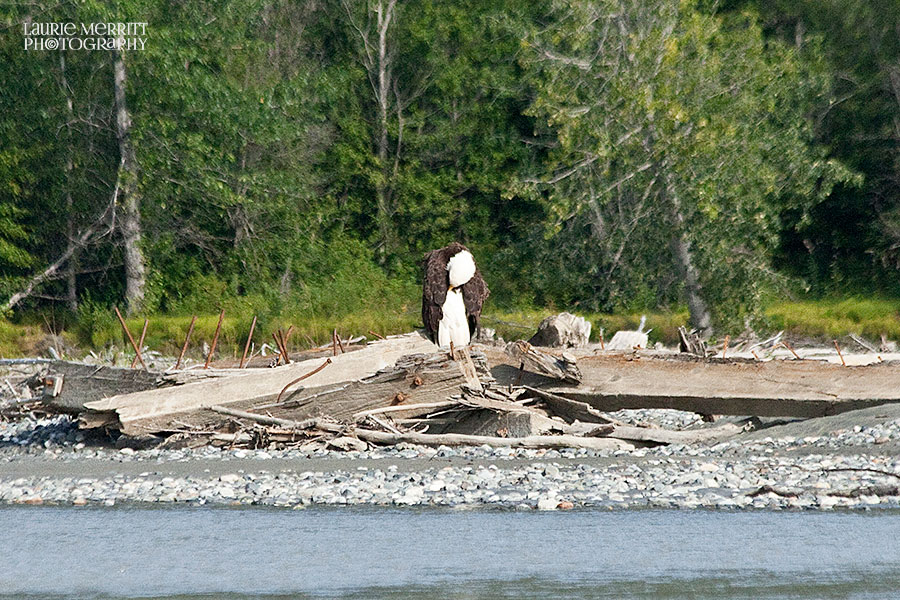 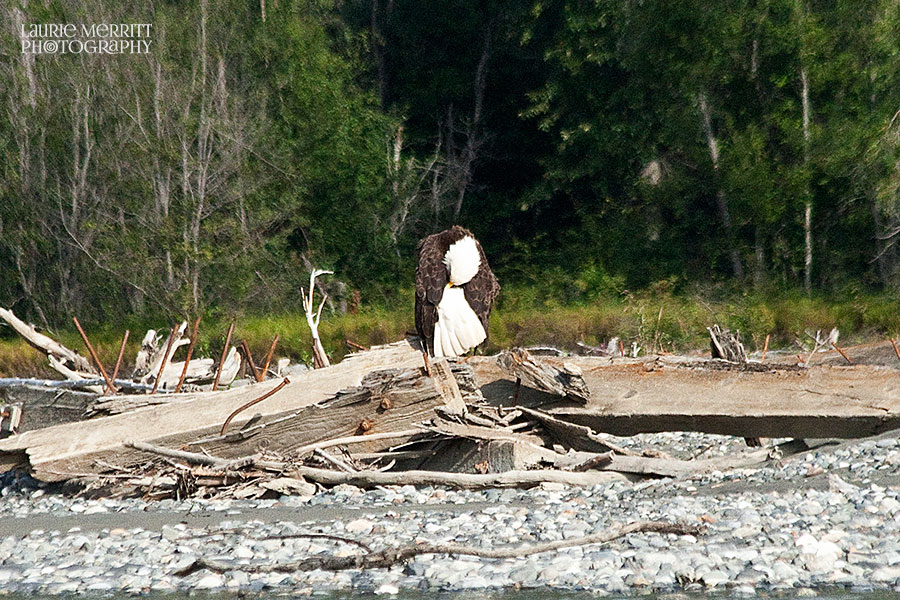