Along the dock in Skagway is an impressive wall of granite that is home to a more unique form of art in Alaska.  Since 1928, the crews of ships have been “autographing” this wall to commemorate their first voyage to Skagway and are encouraged to record their ship and captain’s name, the company’s flag, and the date it arrived for their maiden voyage into Skagway.

New signatories are being forced higher and higher up the wall and it appears the collection is also slowly but surely being ruined by “graffiti artists” who have no respect for the tradition or artwork of those who came before.  Between the graffiti and the paint fading over time, the collection may be past its prime, but was still a worthwhile look! 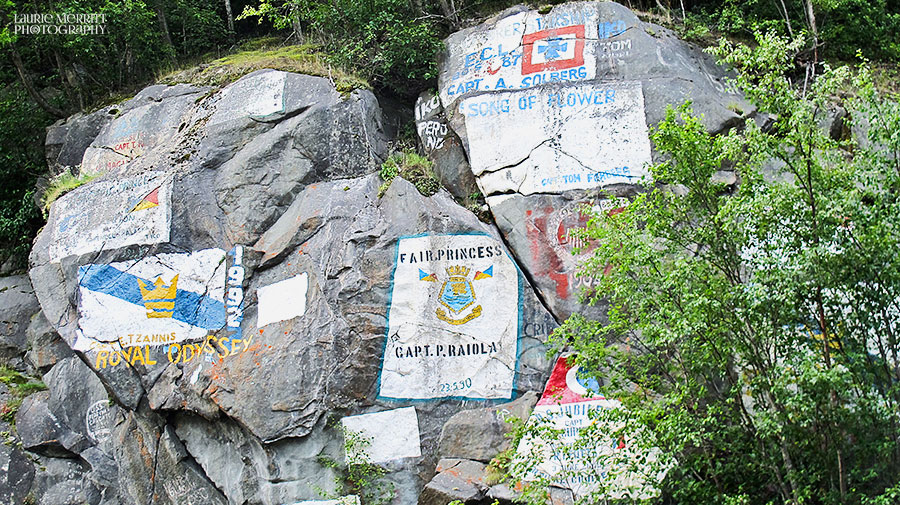 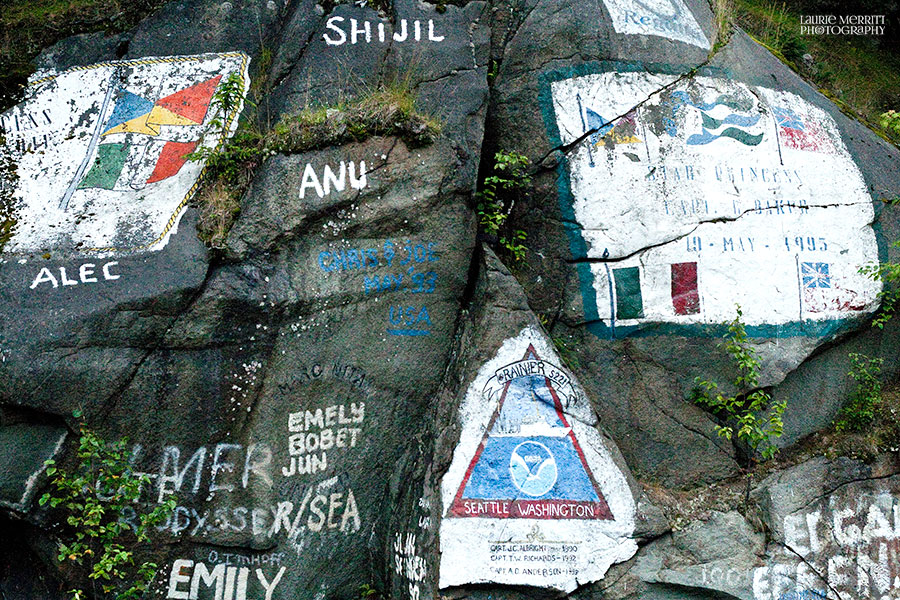 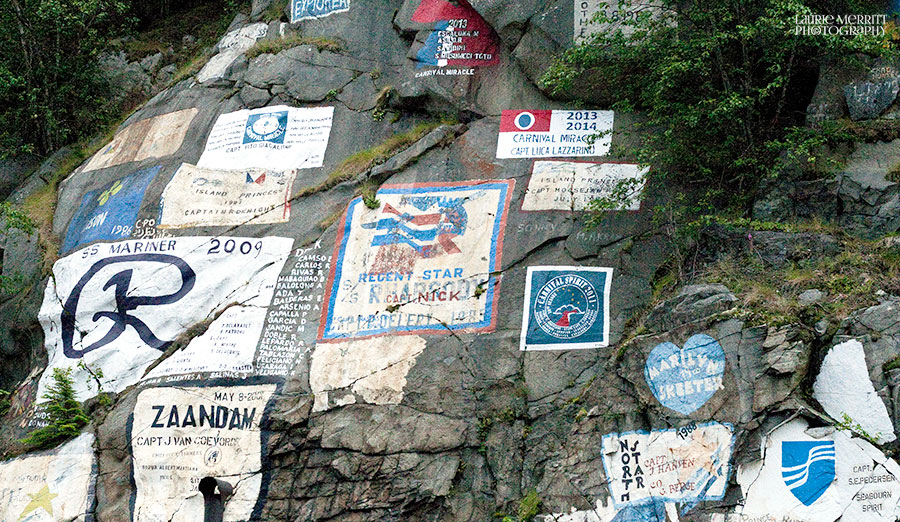 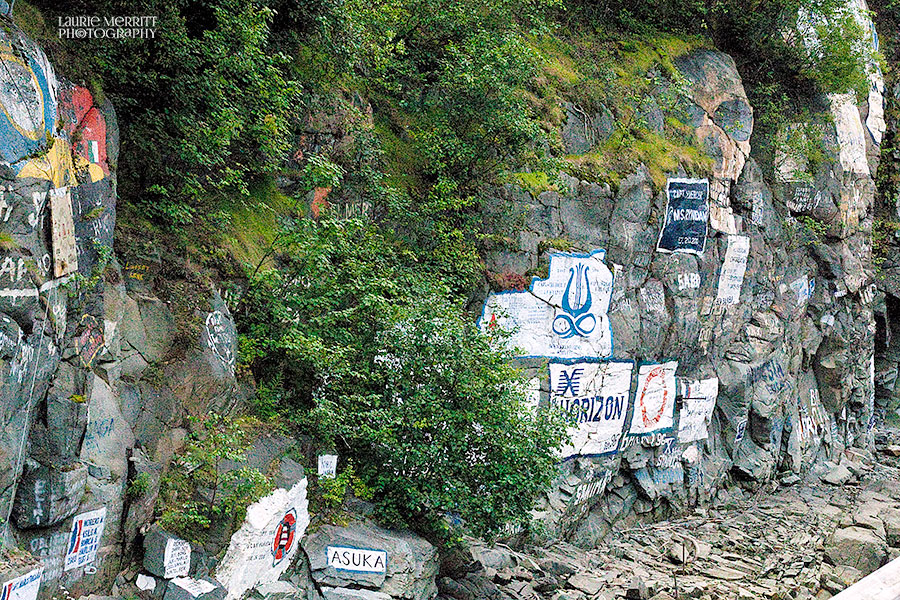 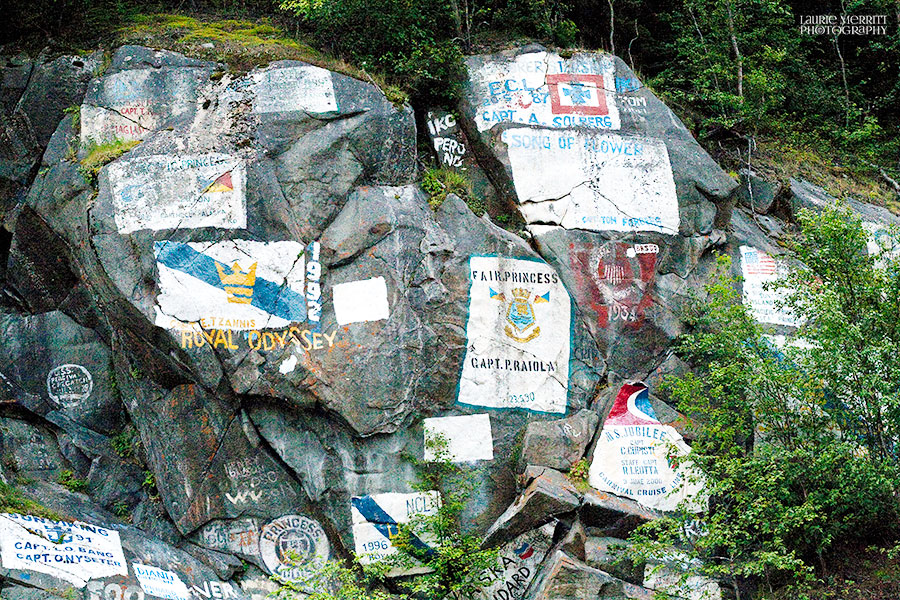 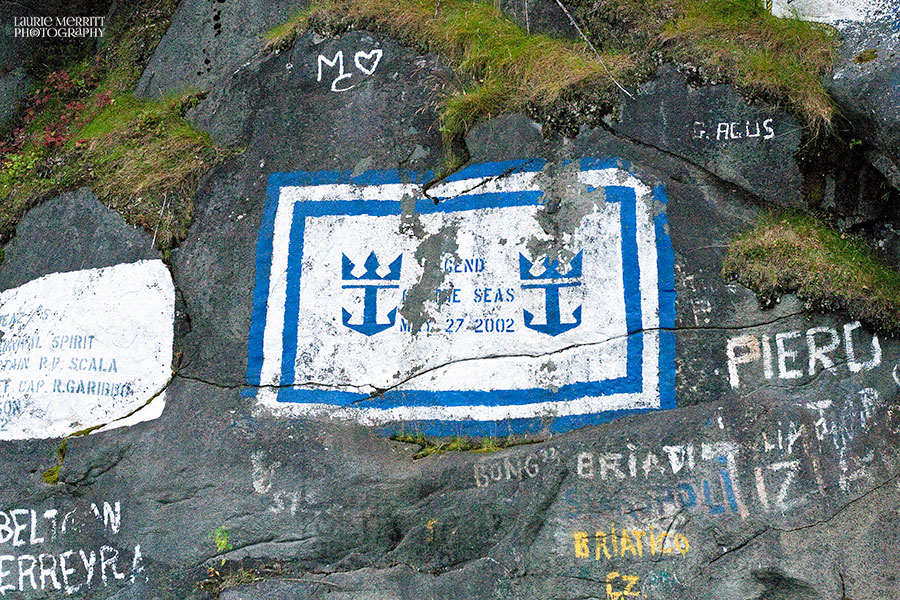