Cargols (Spanish for snail).  These could be either species, the Cernuella virgata or Theba pisana.

The LOCATION of these creatures is what floored me!  Of course I’ve seen snails in the states, but they’ve typically resided in moist, even muddy, shady areas – and to the point – on the ground.  These were located along the Camino in the higher, dryer plains.  They chose green grass; tall, dead reeds; in thin, snarled grass; or dried, caked mud.  Apparently, it is not unusual to Mediterranean locations, but again, it was such a unique find.

So, when in Spain….  A Recipe for Cargols. 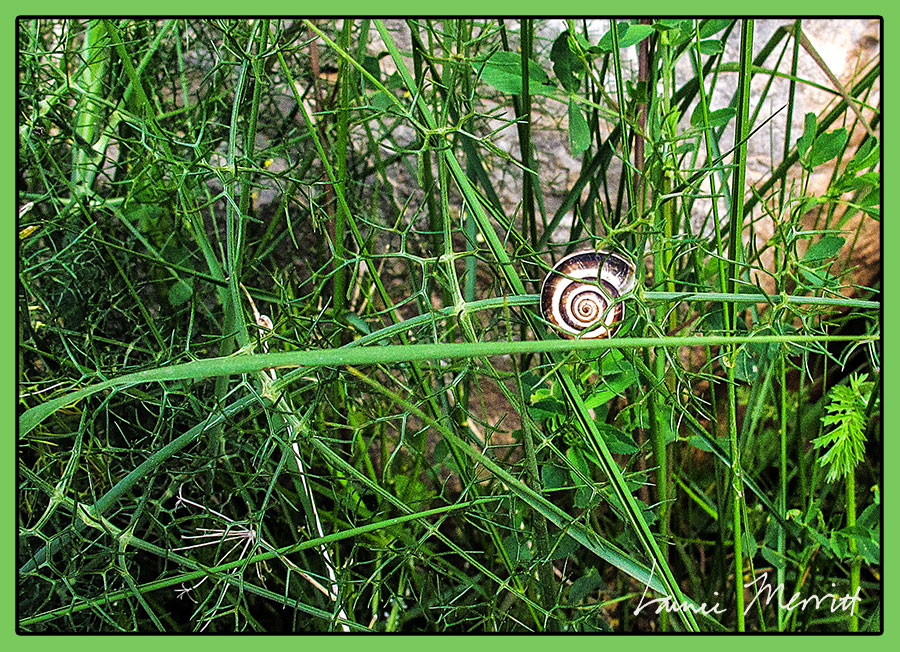 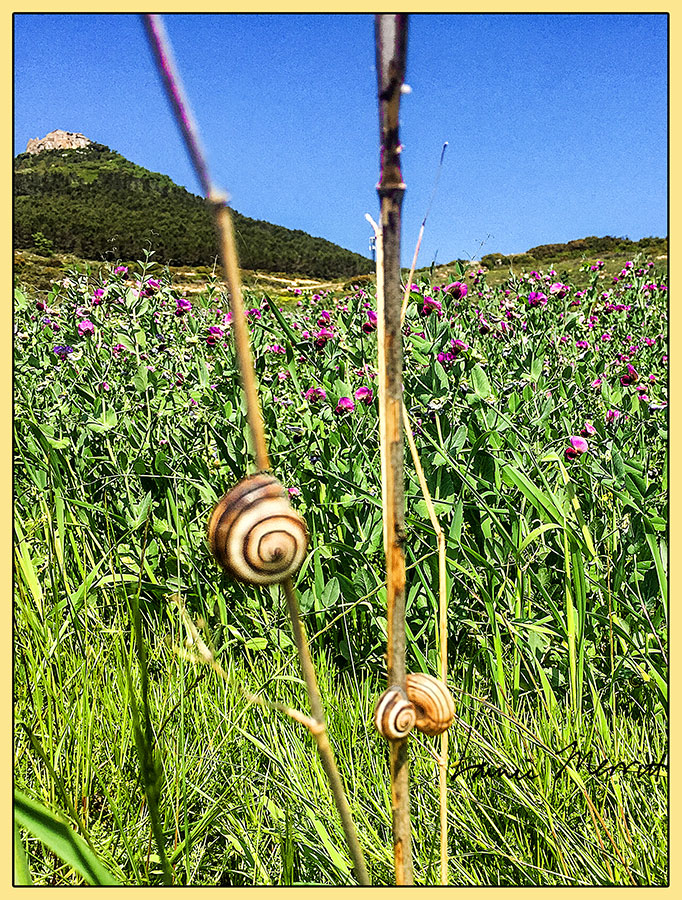 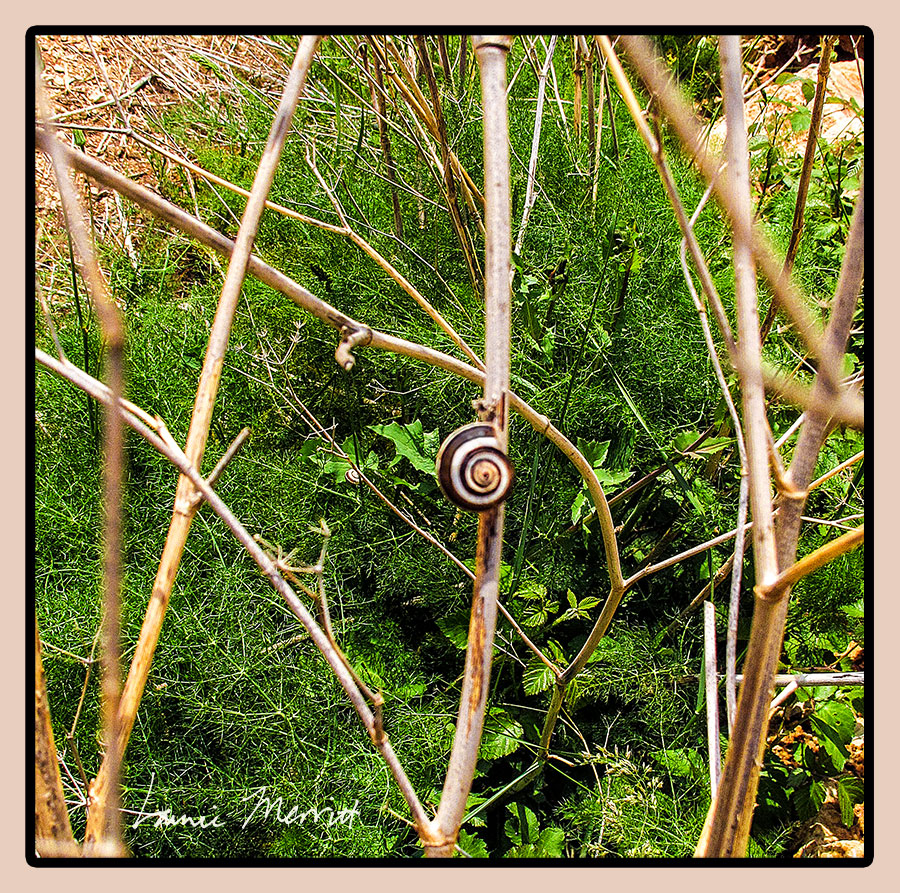 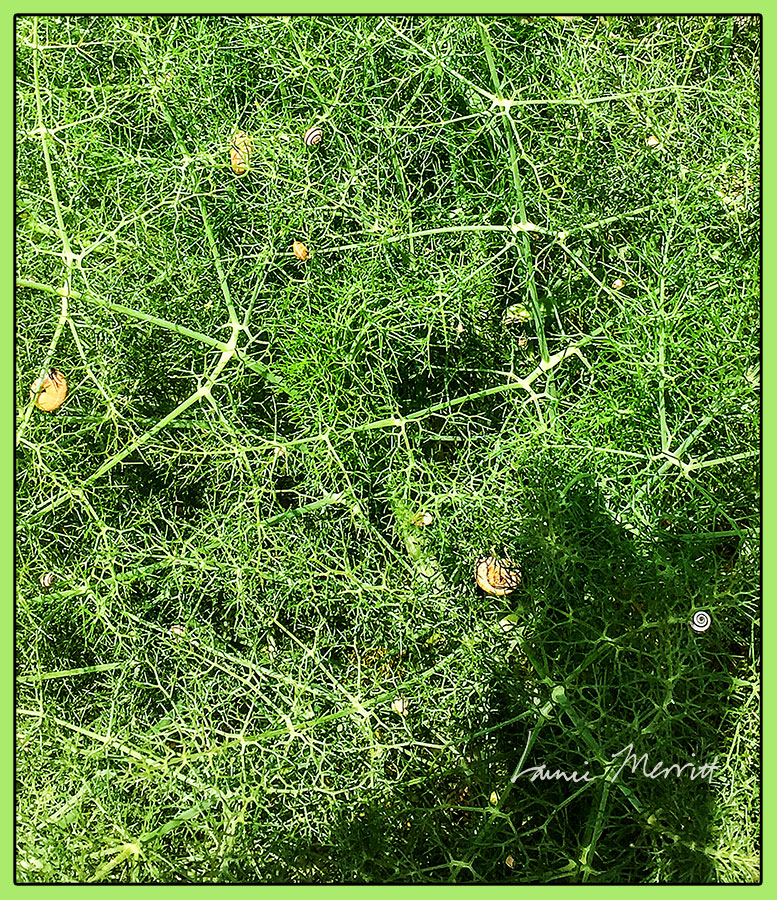 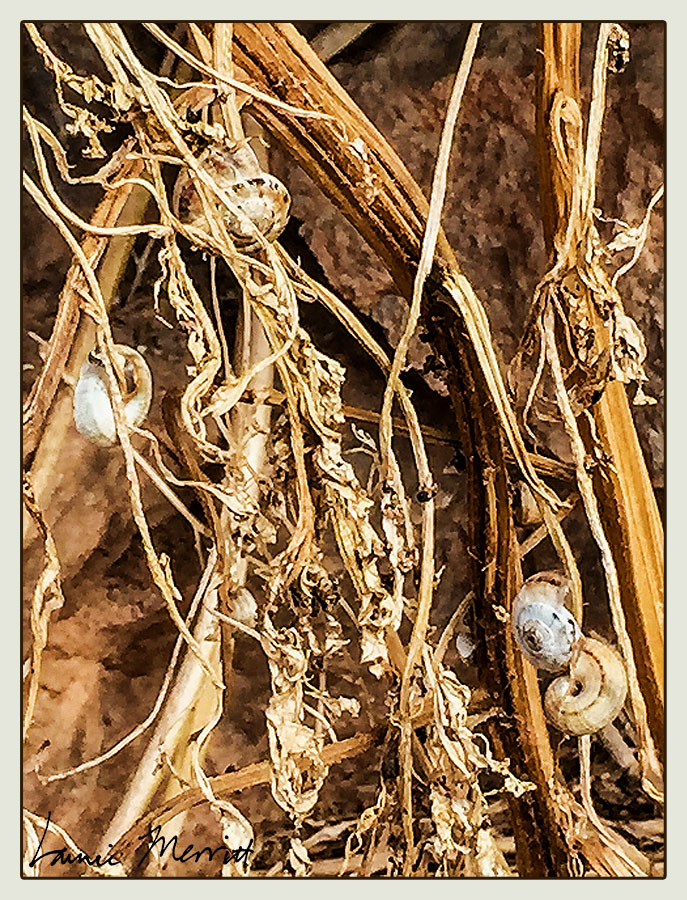