San Esteban de Deyo , also called the Castillo de Monjardín, is a ruined medieval castle on a hill overlooking Villamayor de Monjardín in the Navarre region of Spain. At an elevation of 890 metres, it has a Roman foundation, but was repeatedly rebuilt over the centuries. Many of the stones were taken to build a Baroque hermitage, the Ermita de San Esteban, in the 17th century. Only the sandstone walls and a of the castle stand today. 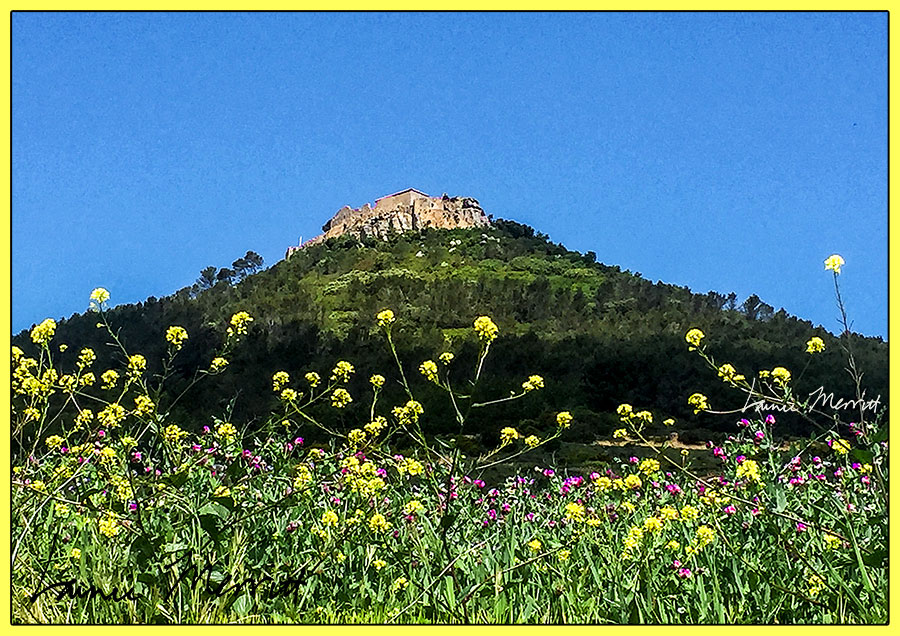