No Service for the Next 100 Miles!

I only brought that up because after leaving Torres del Rio, we hiked a very long stretch of trail toward the larger cities of Viana, then Logroño. Lots of ups and downs, dry dirt trails, and even though clouds rolled over occasionally, it was a beautiful day, but a hot one. The scenery, as always, overwhelming. By now, we were pretty adept at packing the needed amounts water and snacks!

In the distance was the Sierra de Codés Range, the westernmost mountain range in Navarre, Spain. As part of the Basque Mountains, its highest point is 1,418 meters. Of interest were some of the lower front ranges – Alto de los Bojes, Alto de la Sierra, Alto de la Pila, Alto de Orcia – strings of wind turbines adorned the tops of each. From the trail, we saw a few.

Closer to us on the trail were a free and happy-go-lucky pooch (owners were nearby), an old farmhouse that fit perfectly in its surroundings, the ever-present poppies, several different types of crops, and criss-crossing hills. And, alas, a tiled roof that wasn’t red! Go figure! 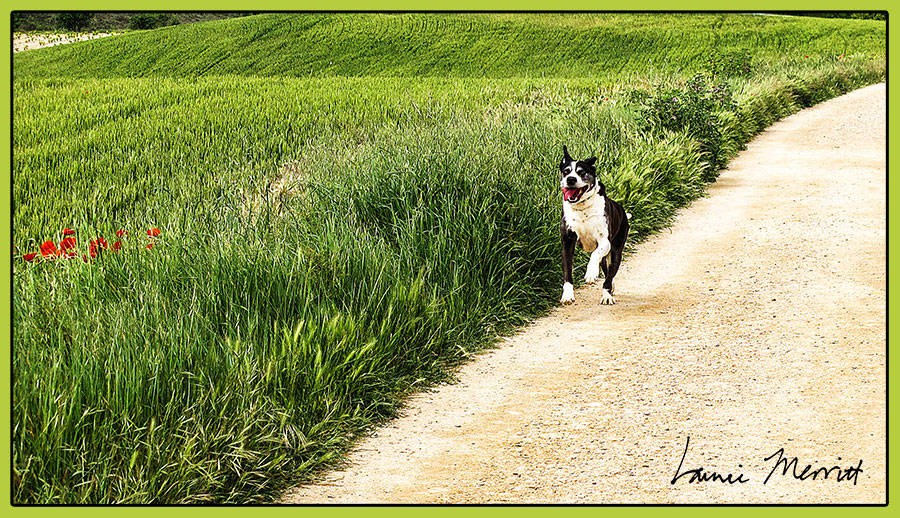 One happy fella (he was with some hikers just behind us). 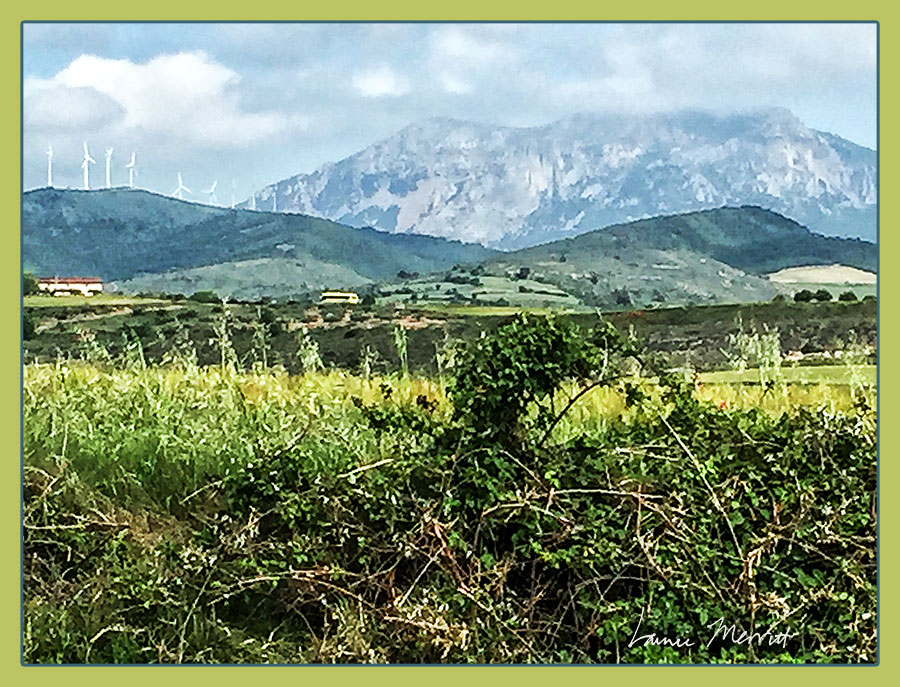 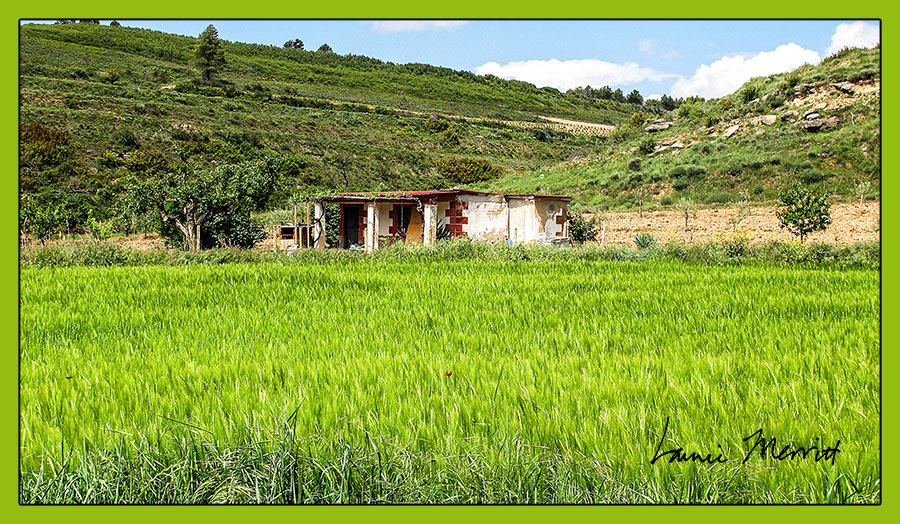 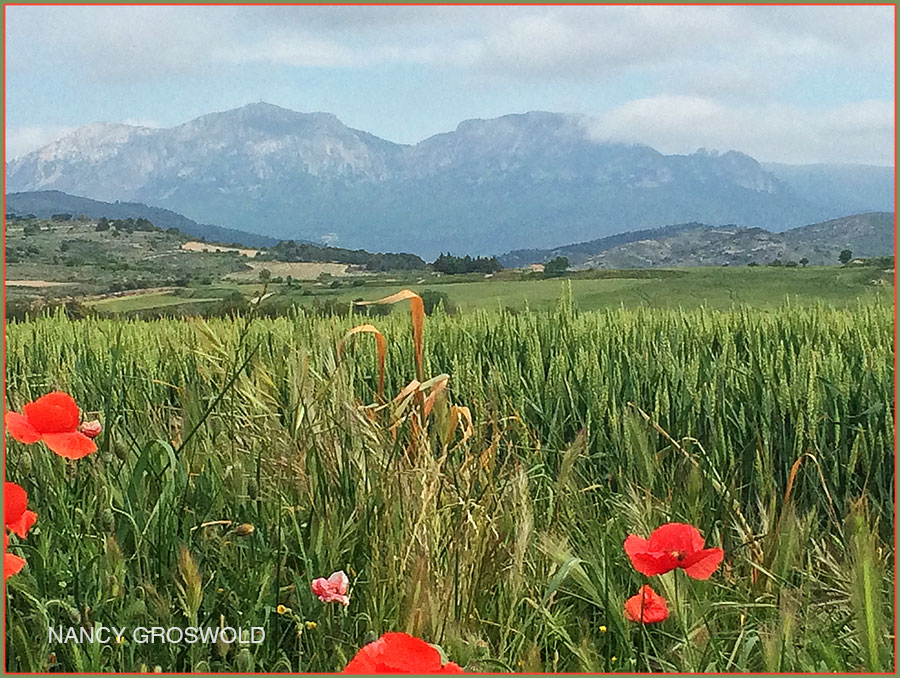 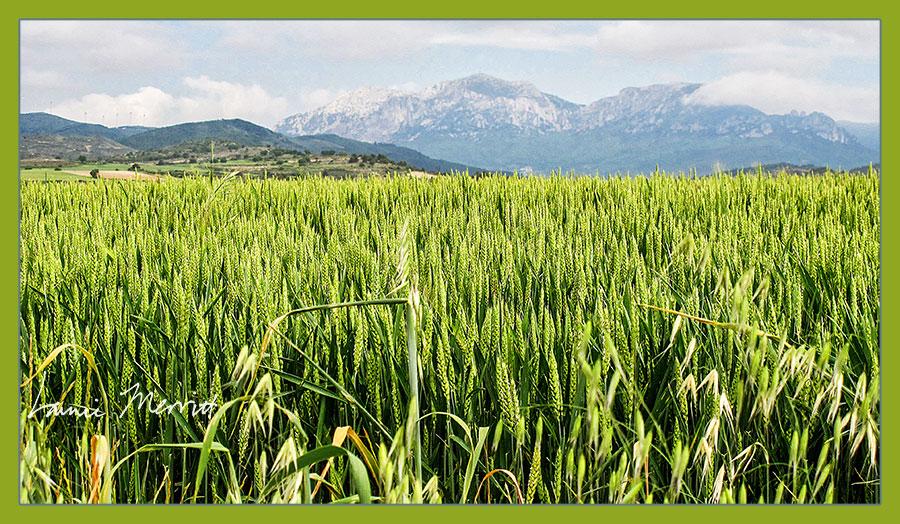 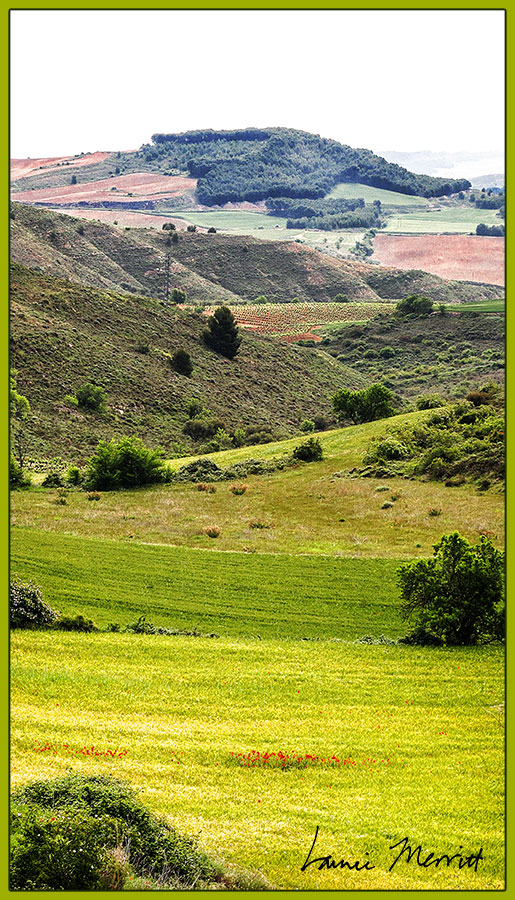 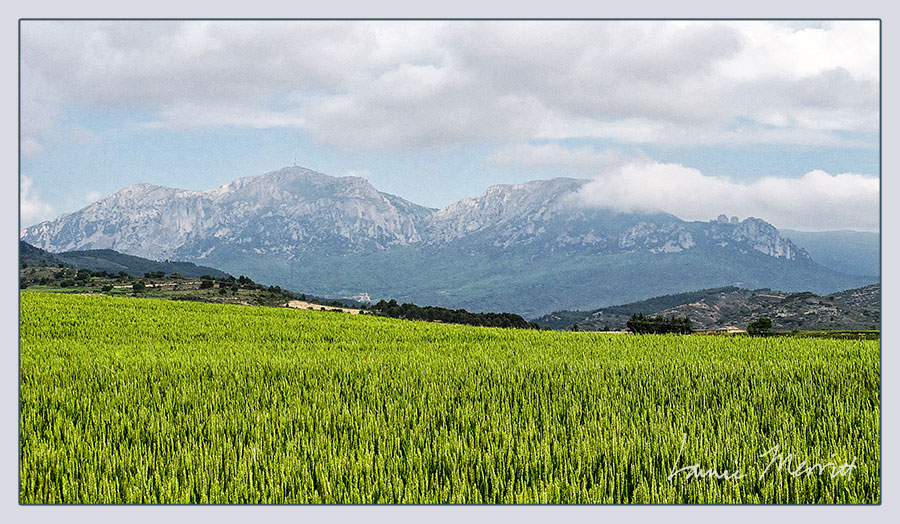 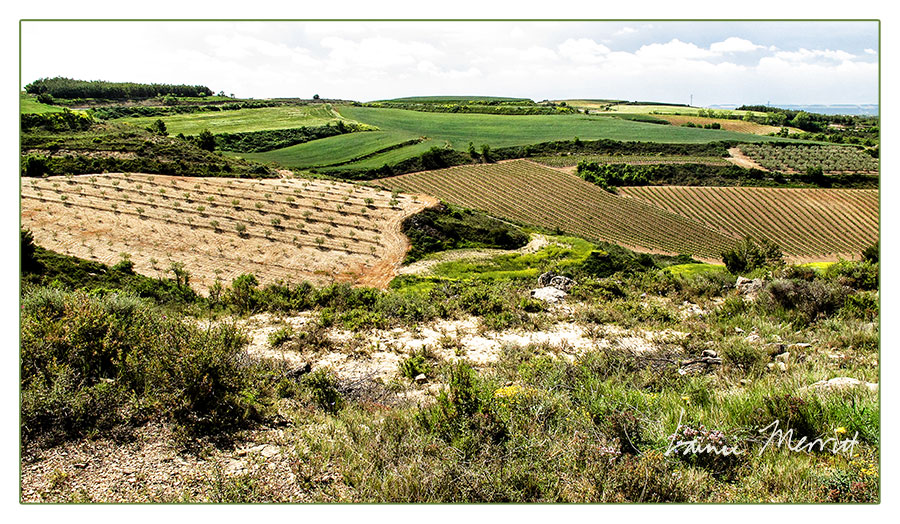 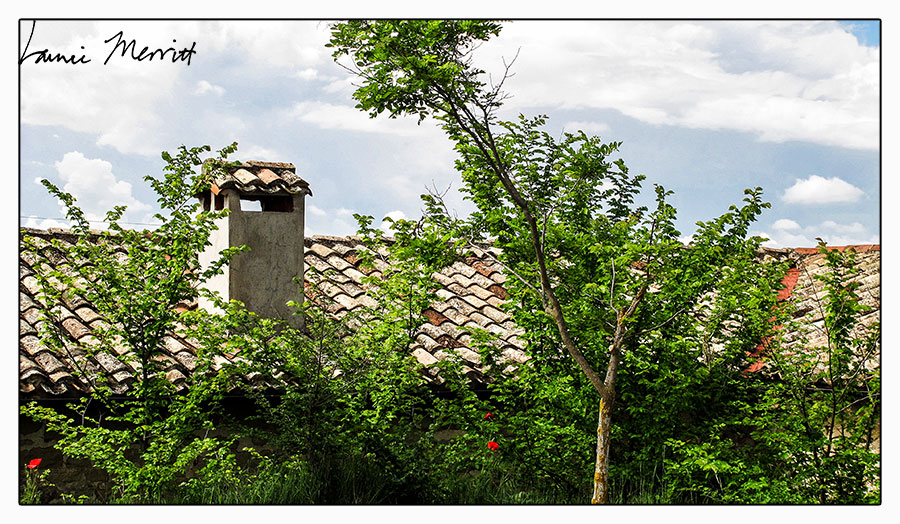 A tiled roof that wasn’t solid red for a change! 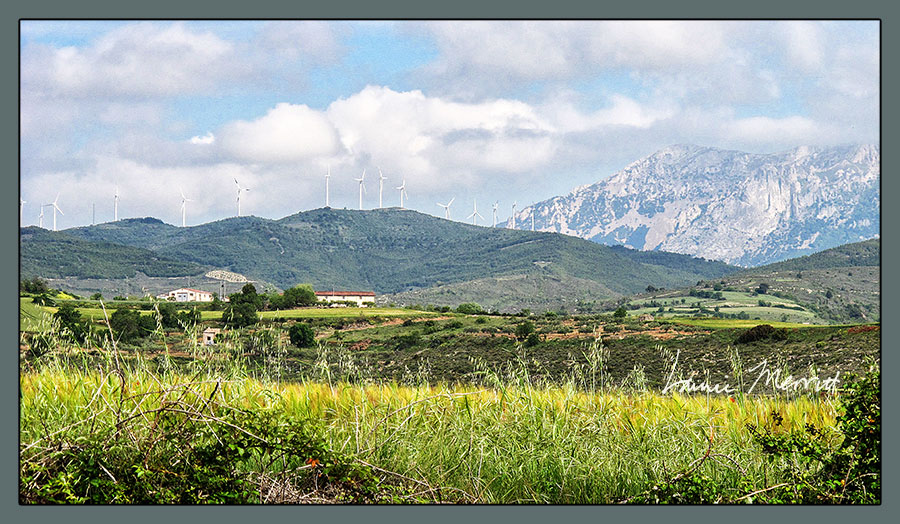