“When the legend becomes fact, print the legend.”

In 1862, Martiniana (Prisca) Gomez Pantoja was born. She was one of five sisters and it is been said that she was a willowy woman with green eyes, white skin bronzed by the Caribbean sun and long, straight brown hair. Called “La Triguena” (the brunette), many men fell in love with her including Fermin Mundaca. He set out to win her, the arches above the gates were dedicated to her, naming them “The Entrance of the Triguena” and “The Pass of the Triguena” in hopes his wealth and power would win the local beauty 37 years younger then himself. His dedication was in vain, she married a man closer to her own age and as legend tells it, Fermin Mundaca slowly went insane and died, alone in Merida. His empty tomb still awaits him in the Isla Mujeres cemetery. Carved by his own hands are the skull and cross bones, in memory of his pirating days and the words meant for his love, “As you are, I was. As I am, you will be”.

“Translated, “The native woman with her incomparable beauty is impregnated with sea breeze with air towards the stars.” 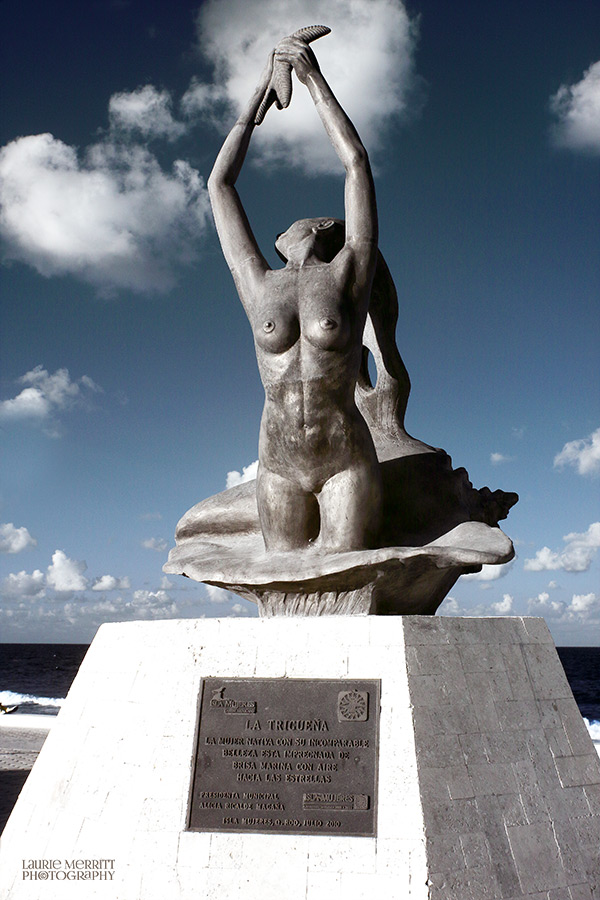