From Skagway, at milepost 20.4, White Pass summit rises 2,865 feet above sea level; it’s the official international border between the United States and Canada.  During the Klondike Gold Rush, there was a contingent of Royal Canadian Mounted Police stationed here to ensure every man, woman and child had a year’s worth of supplies before they continued on their arduous journeys.

From left to right are the flags of Alaska, the United States, Canada, British Columbia, and the Yukon Territory.  Views of nearby Summit Lake and mountain tundra surround the summit. 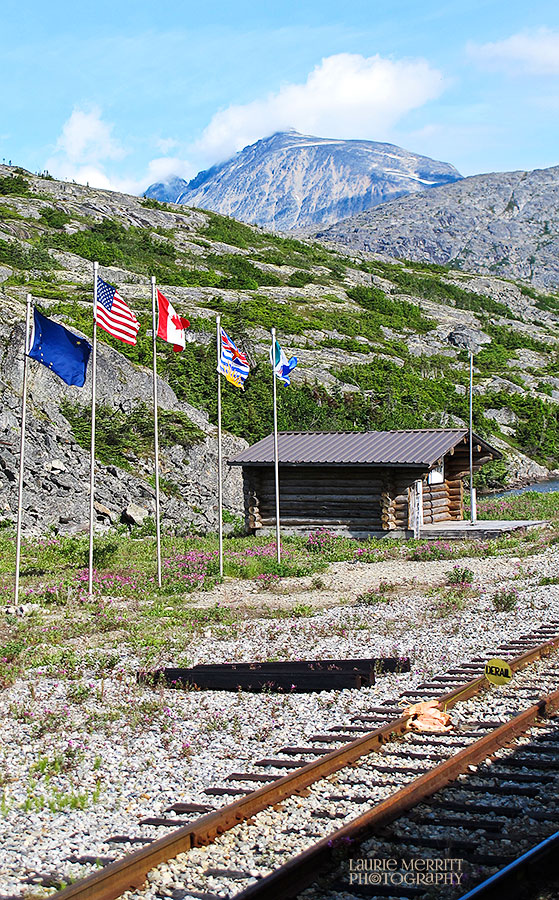 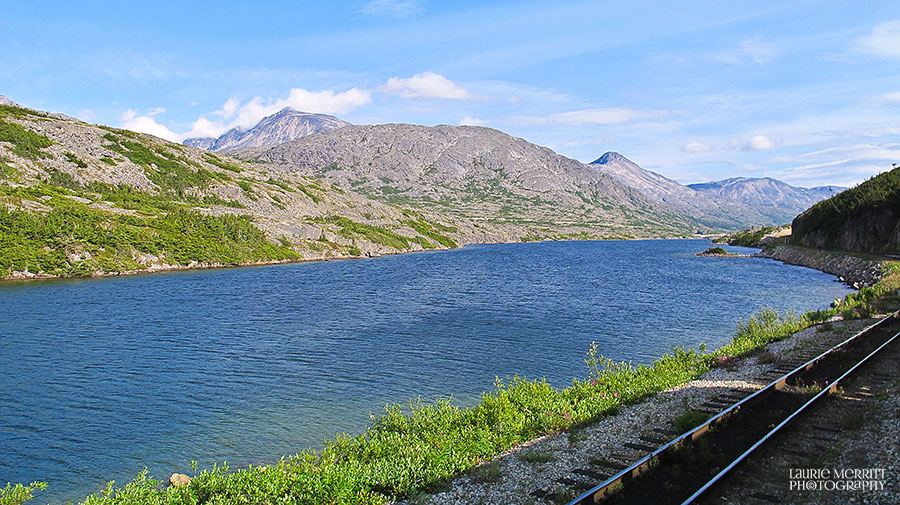 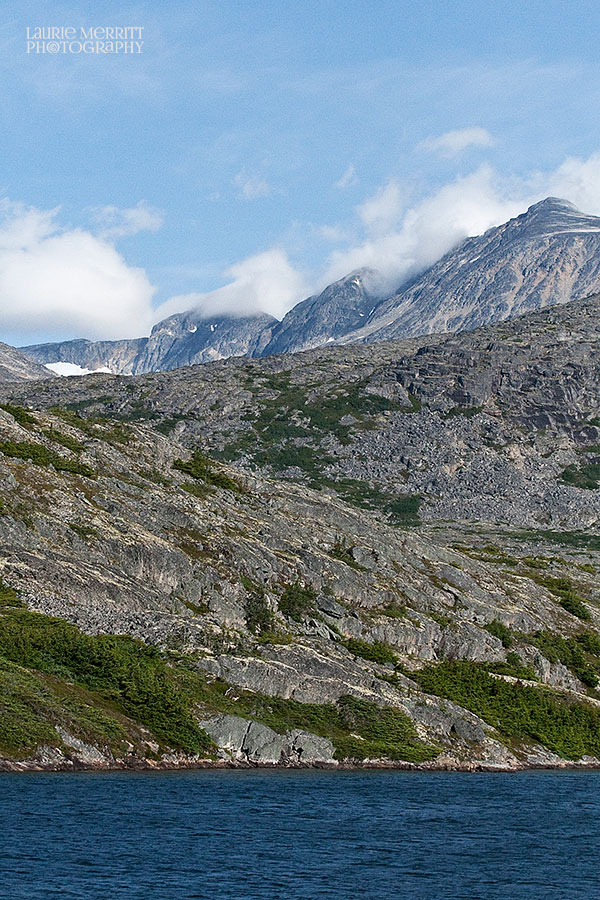 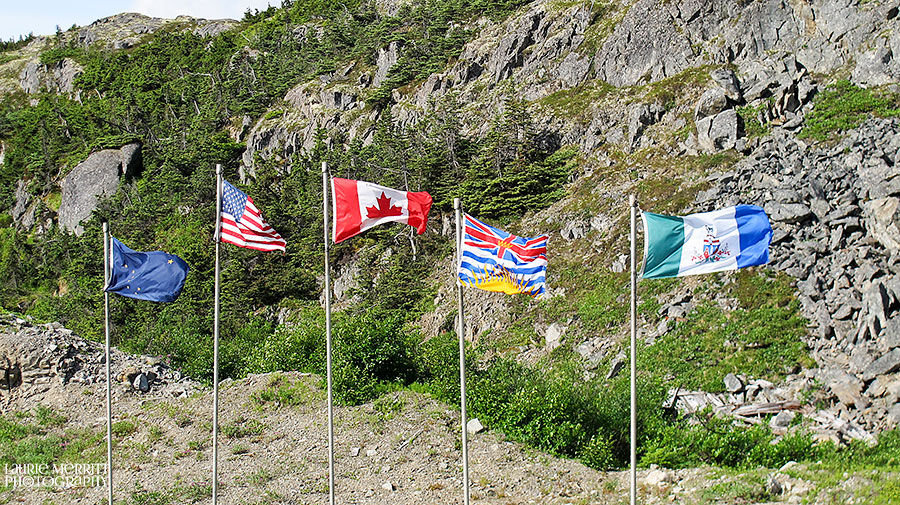 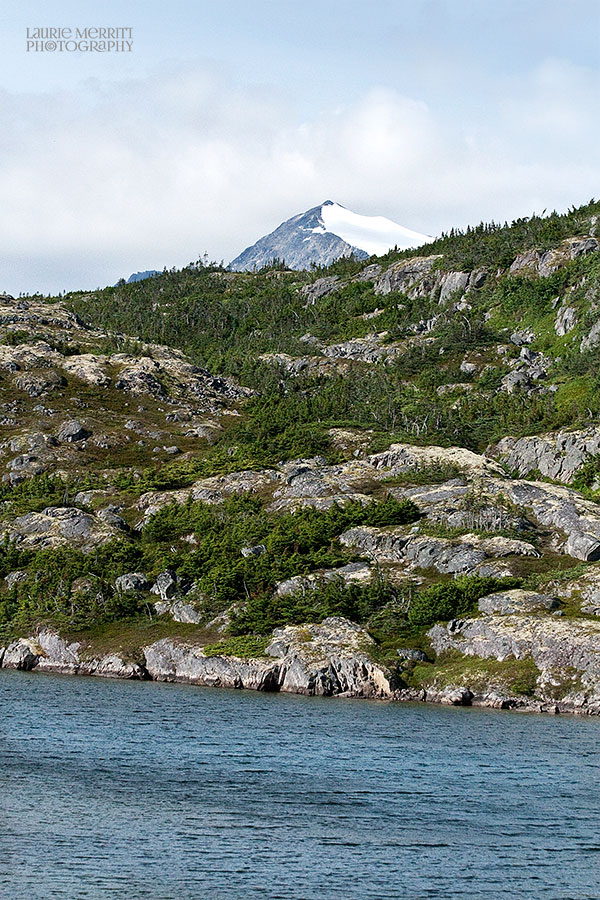