In the 10 years I lived in Colorado, I could count the number of Columbine I’d seen on one hand. Now, here we were, in the woods, hiking along the Rio Argo and we witnessed sporadic gardens of them!  So yes, I was wowed!!  Rich, varying shades of blue, purple, indigo, violet, oh my!

Factoid: There are about 60–70 species of Columbine (Aquilegia) typically found in meadows, woodlands, and at higher altitudes throughout the Northern Hemisphere.  The name is Latin for “dove”, due to the resemblance of the inverted flower to five doves clustered together.  The flower contains “series of 5’s” – five sepals, five spurred petals and five pistils. Underneath the flower are spurs which contain nectar, mainly consumed by long-beaked birds such as hummingbirds. 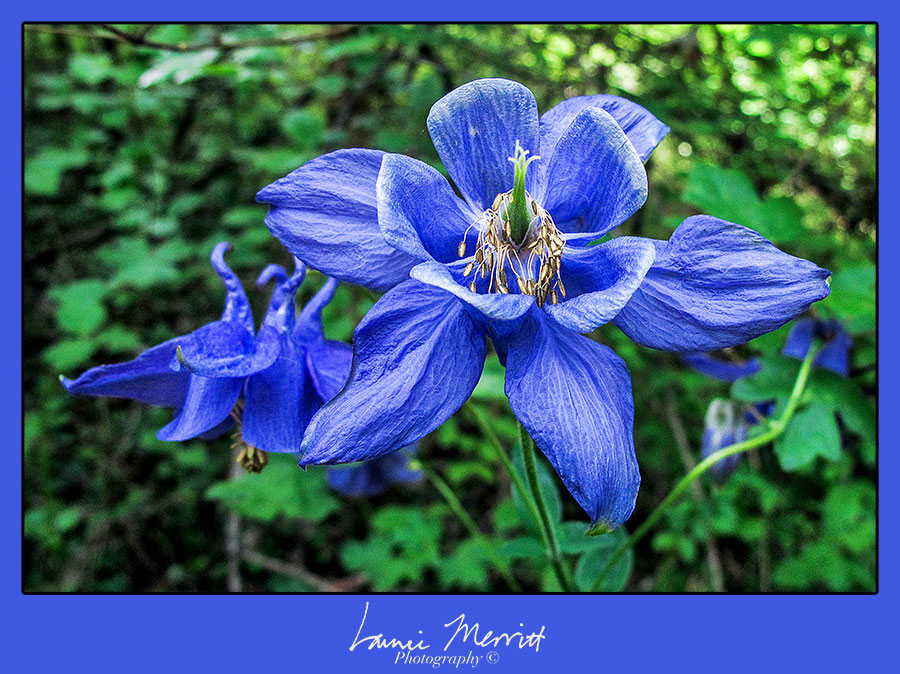