Clearcutting occurs everywhere, even in Alaska.  Saw it in Oregon, so shouldn’t have been surprised to see it here.  And, not that this should be hidden from our view, but really?  In front of our very eyes on a lovely breath-taking cruise?  More like a sucker punch to the gut!  Sacrilege!

The term “clearcutting” means the felling and removal of all trees from a given tract of forest.  One forestry expert refers to the practice as “an ecological trauma that has no precedent in nature except for a major volcanic eruption.” Clearcutting can destroy an area’s ecological integrity in a number of ways, including: Intact, healthy forests play a large role in supporting all forms of life on Earth.  Environmentalist or not, the finality of clearcutting is viewed as an ecological tragedy. 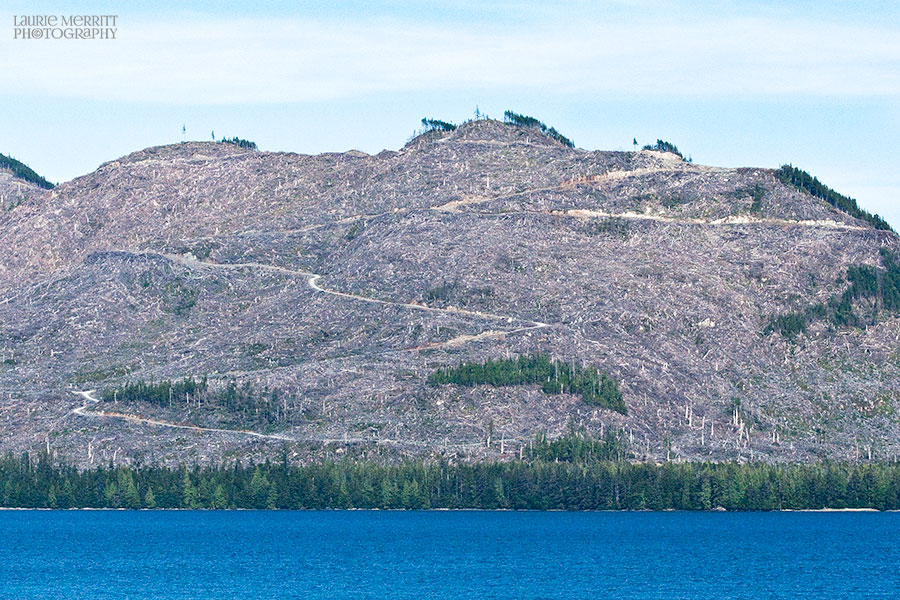