Enjoying a refreshing break at an albergue in Mercadoiro, then onward, following the iconic yellow arrows.  We then passed through the small, rustic, medieval hamlet of Moimentos – there was nothing going on here, however, the almost-dilapidated rock and brick sandstone buildings and barns and shacks with their moss-covered roofs captured my attention – only passing though this way once!! 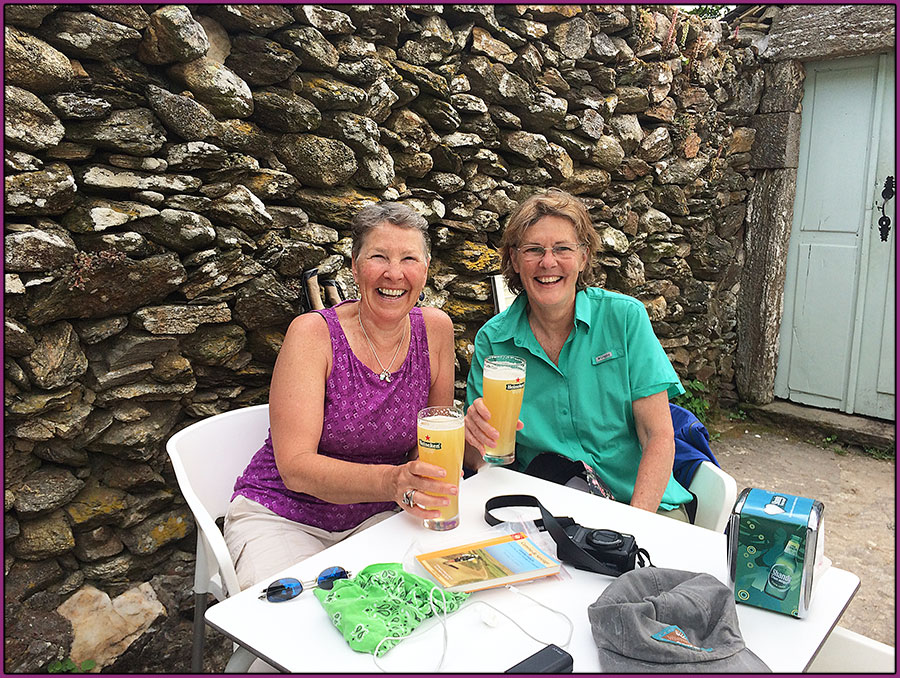 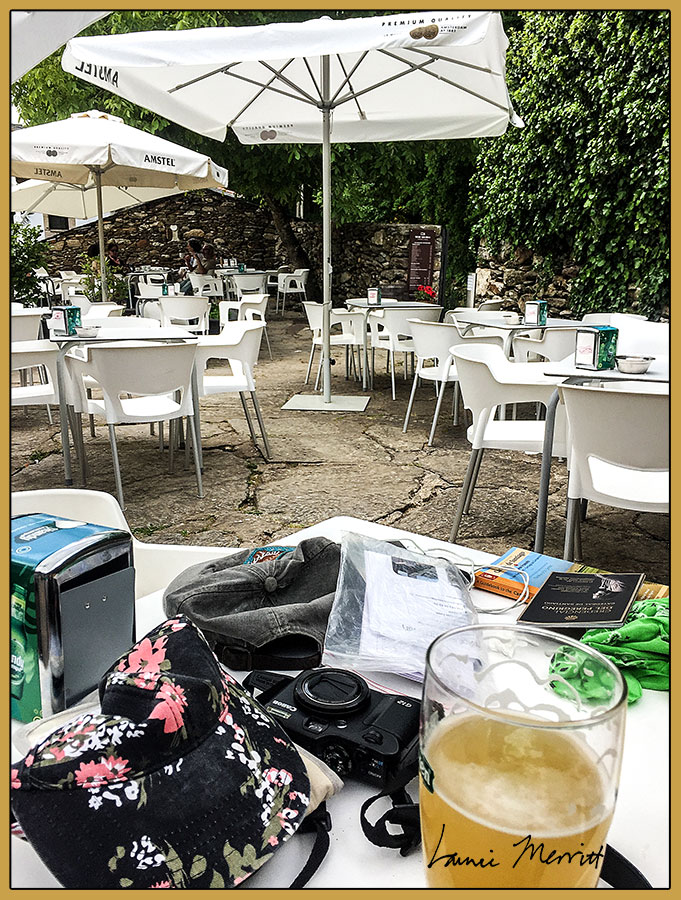 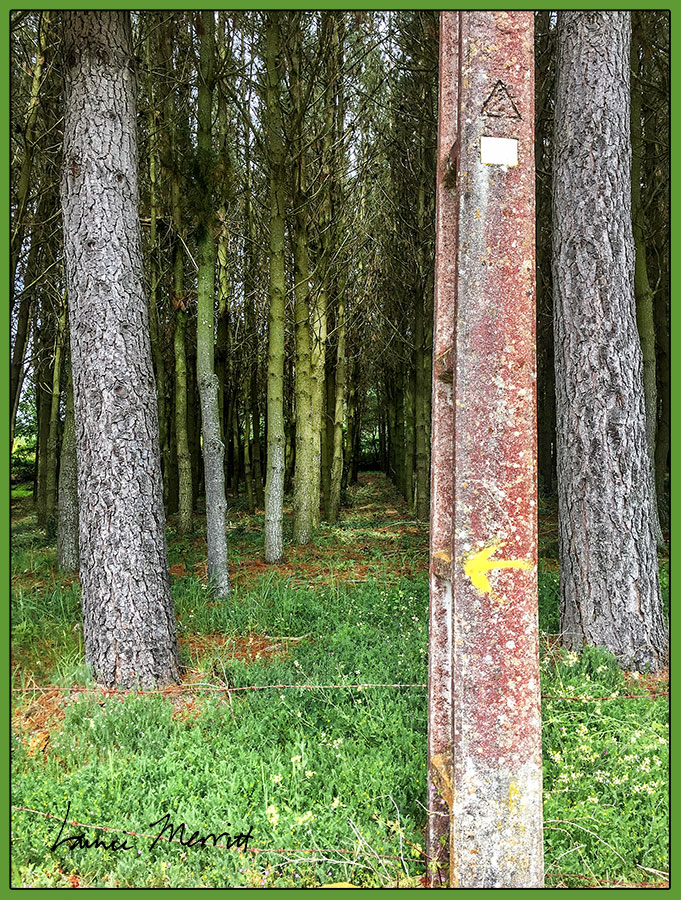 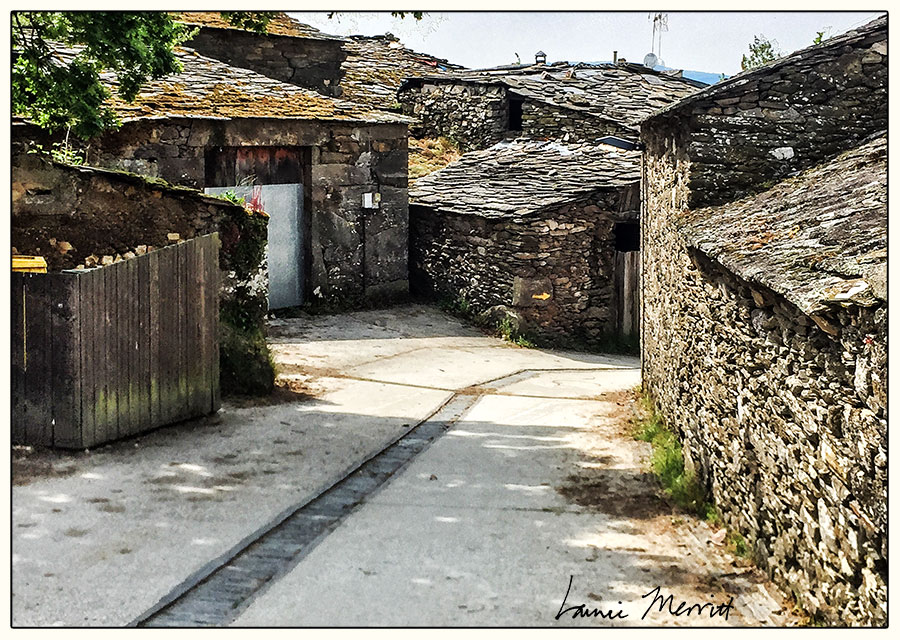 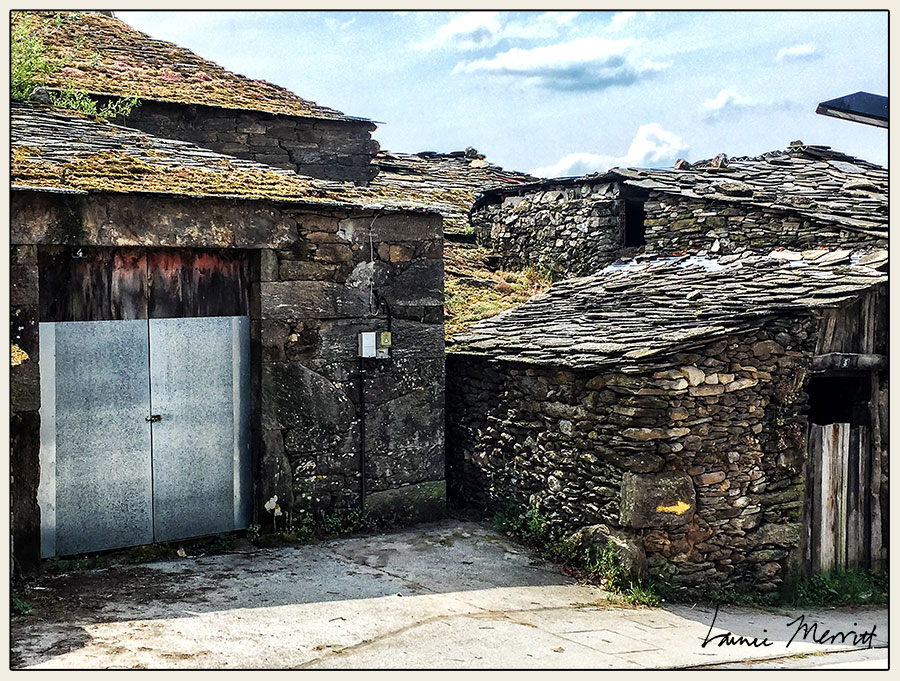 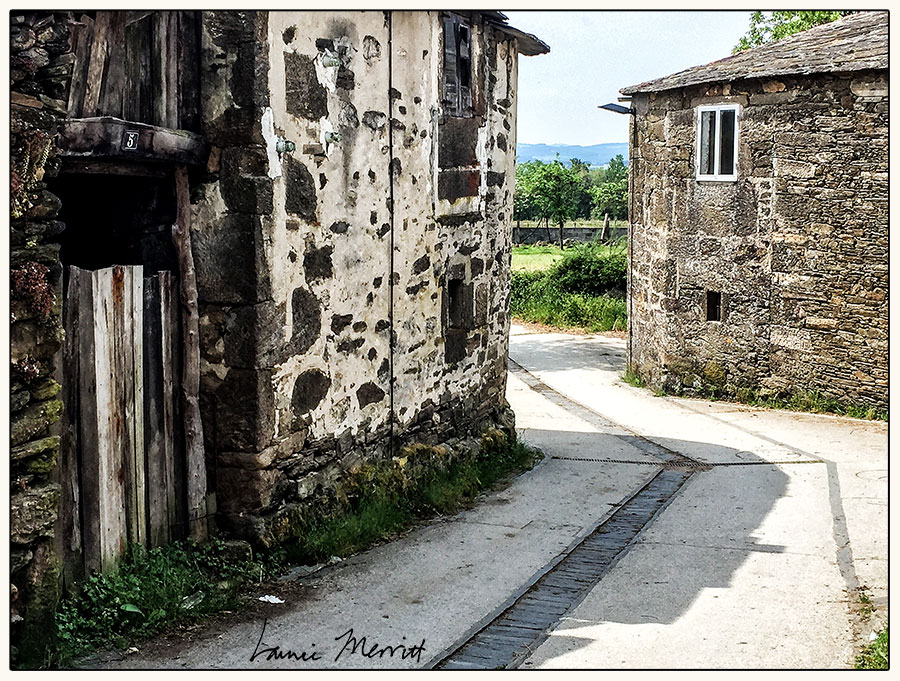 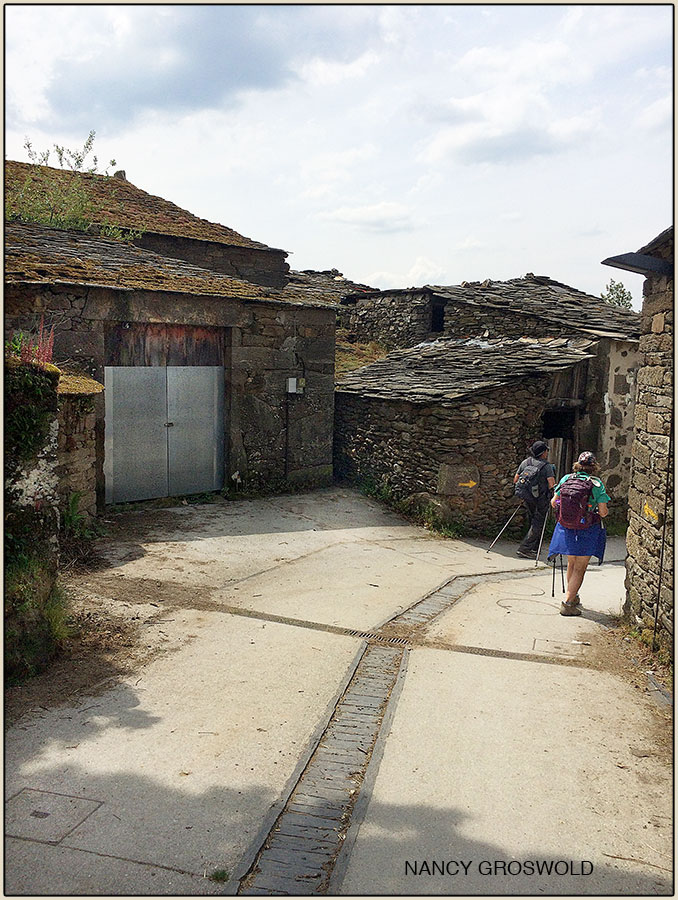 Laurie, rarely, but once ahead again, however briefly! 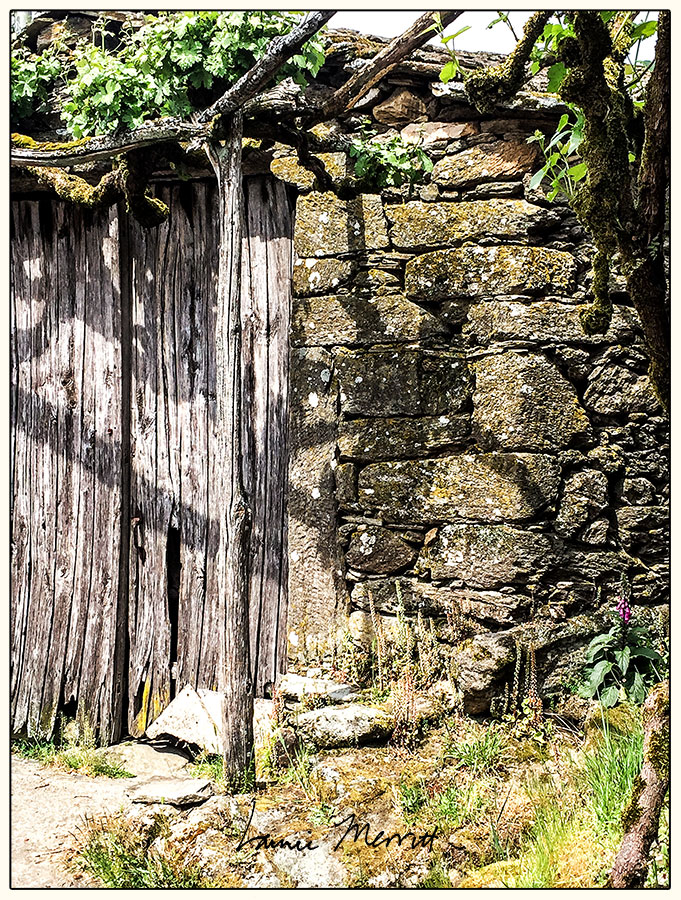 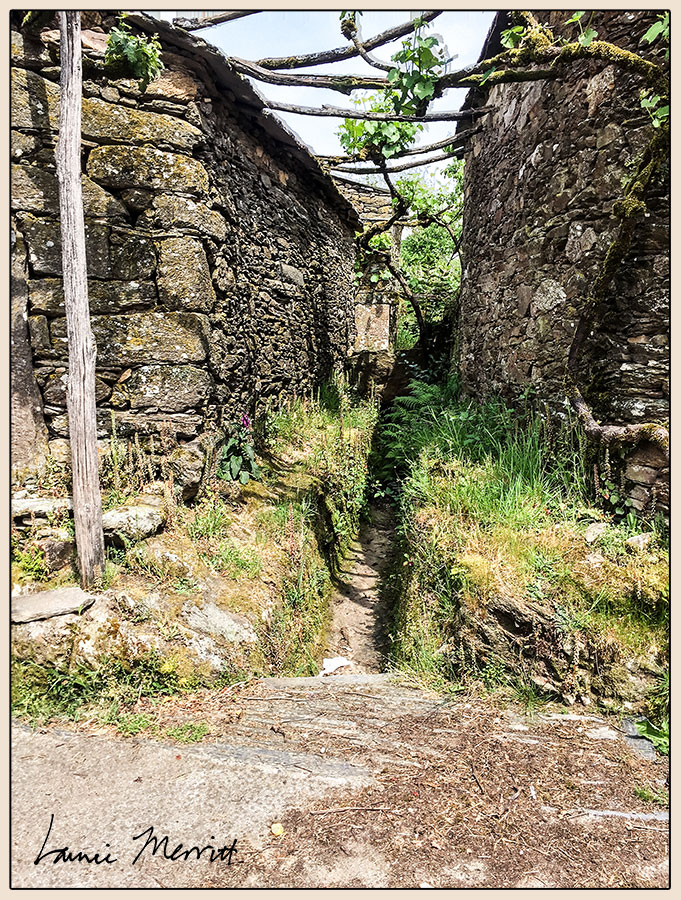 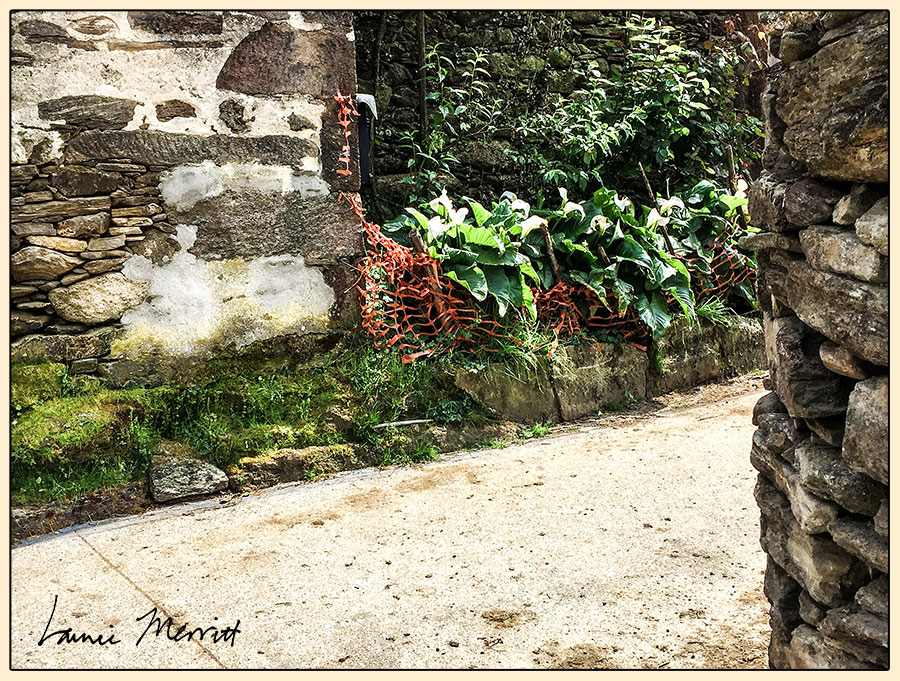