… aka “Peak of Forgiveness”. It was a fairly steady incline to the top. Since leaving Pamplona, we had our eyes on the wind turbines miles in the distance, wondering whether we’d bypass or actually cross their path. As we completed our ascent, the turbines stretched as far as the eye could see along this mountainous divide. Once we reached the iron silhouetted sculptures of pilgrims and livestock, we stood in the midst of a unique combination of the past and present – a centuries-old, historical trail and modern technology. Inscribed on the larger center pilgrim is, “Donde se cruza el camino del viento con el de las estrellas”, which translates to, “where the path of the wind crosses that of the stars”.

At 756 meters (2,480 ft), Alto del Perdon is the highest point for the next 105 miles. Built in 1996, it’s dedicated to those who have walked before us and was the perfect place to catch our breath, soak up the sun, enjoy a meal break. A stroll around the area revealed not only the sculptures, but also a mid-1930’s war memorial, a colorfully decorated sign post, and panoramic maps of the scenic peaks to the north and south. In front of us was our entire rest-of-the-day’s walk (and then some) as we prepared ourselves for a wicked, craggy descent down the mountain. 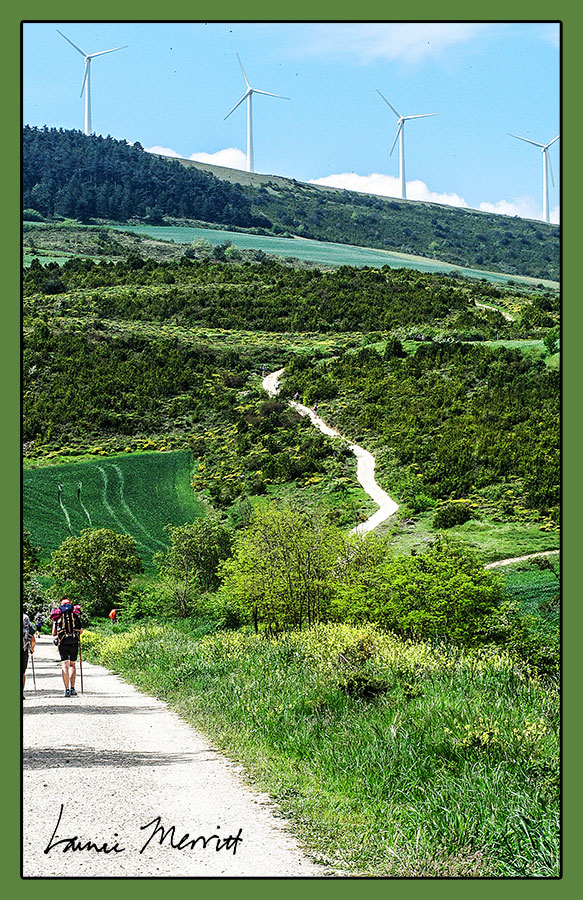 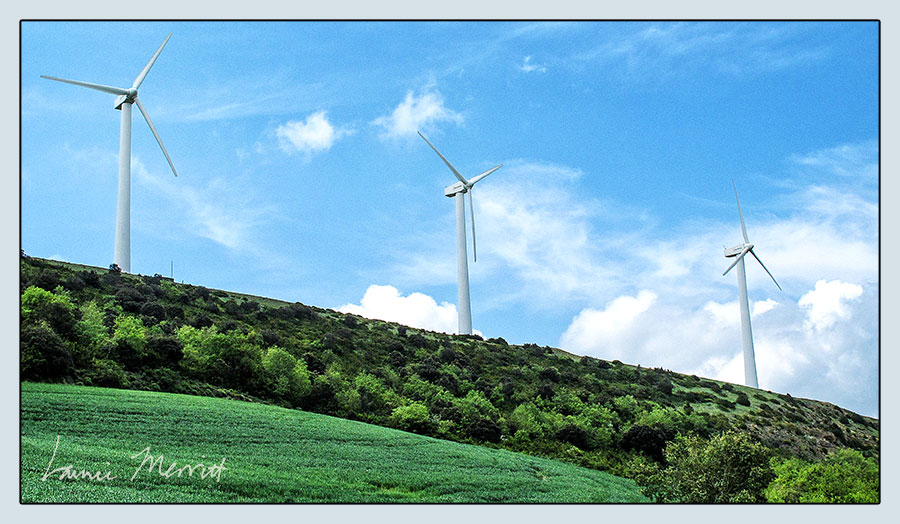 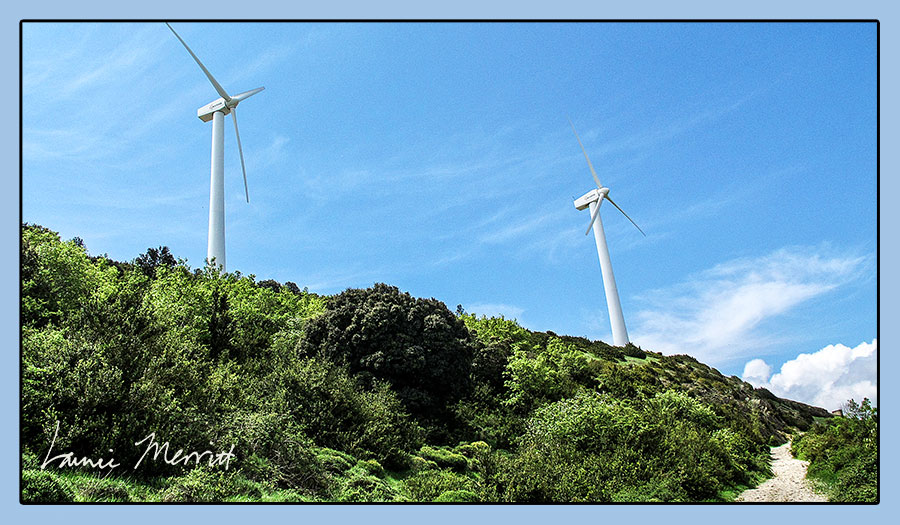 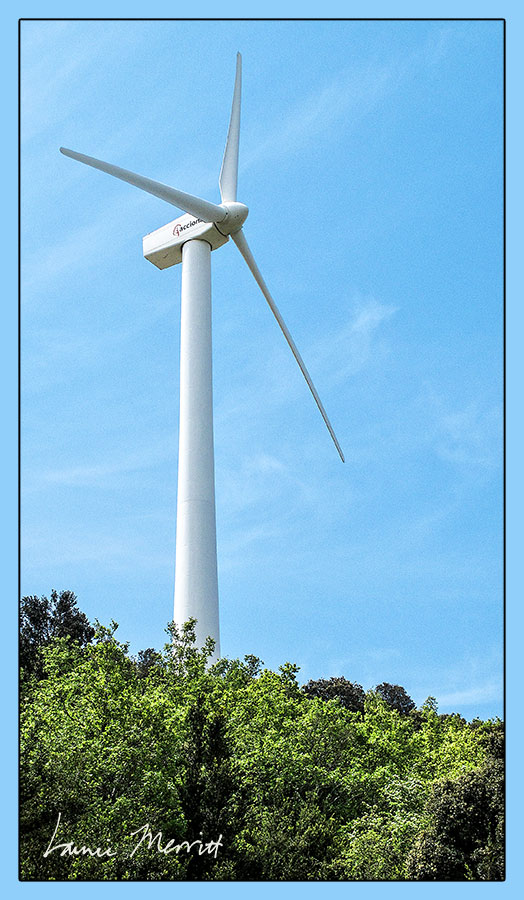 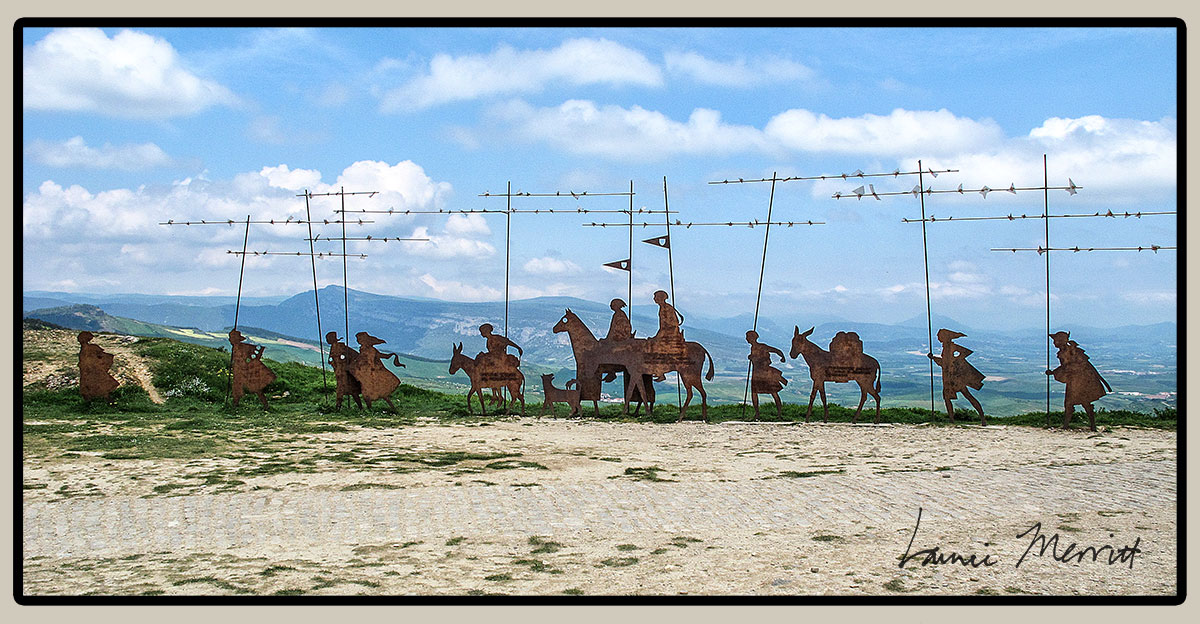 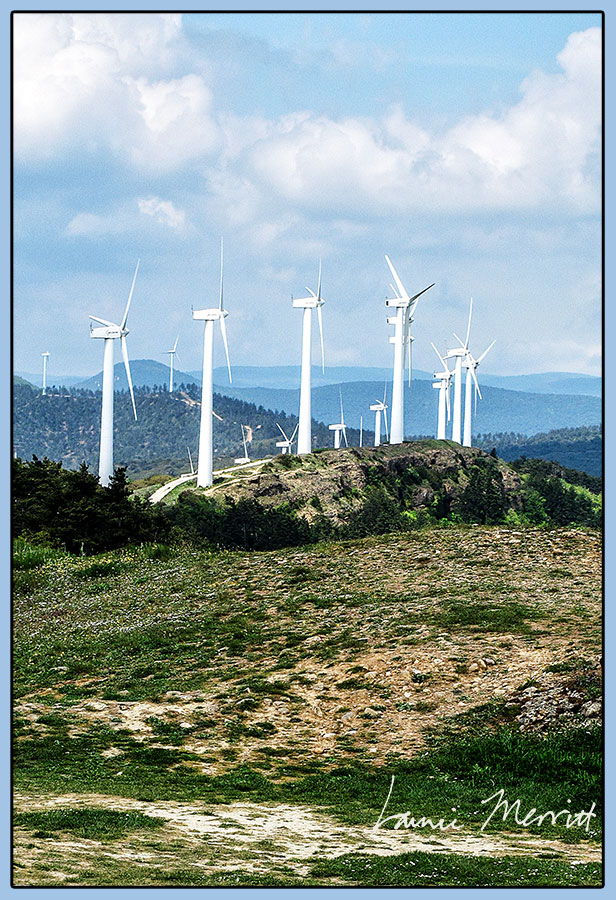 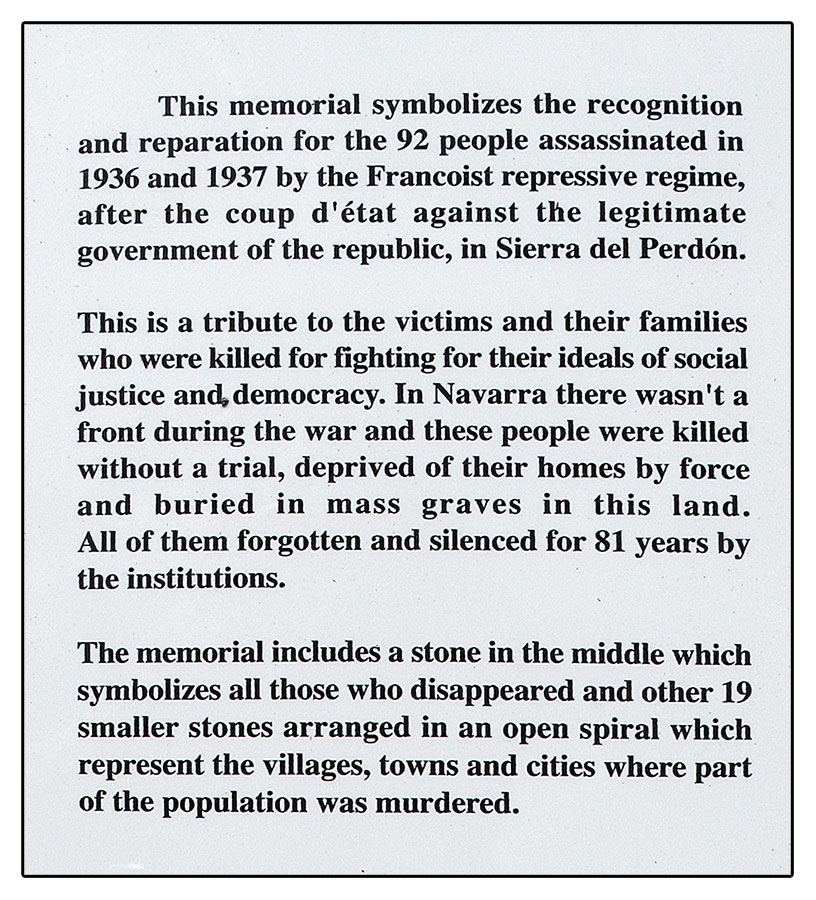 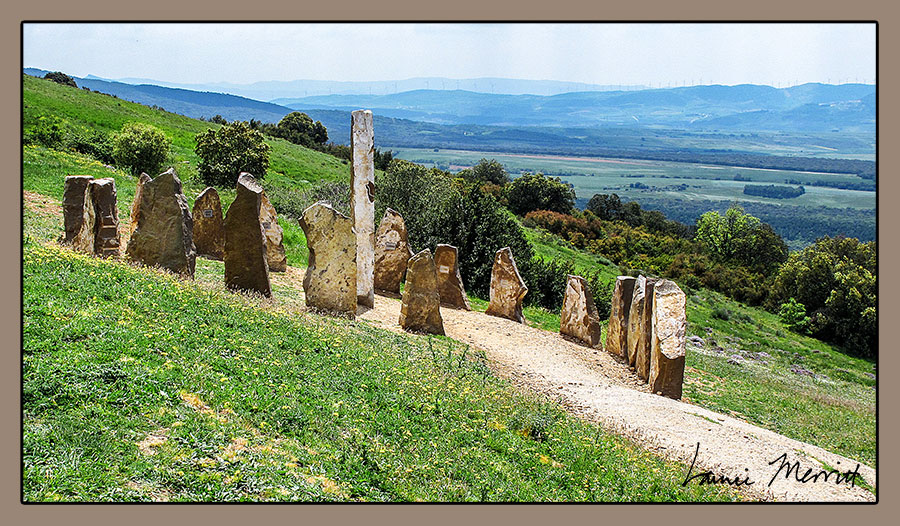 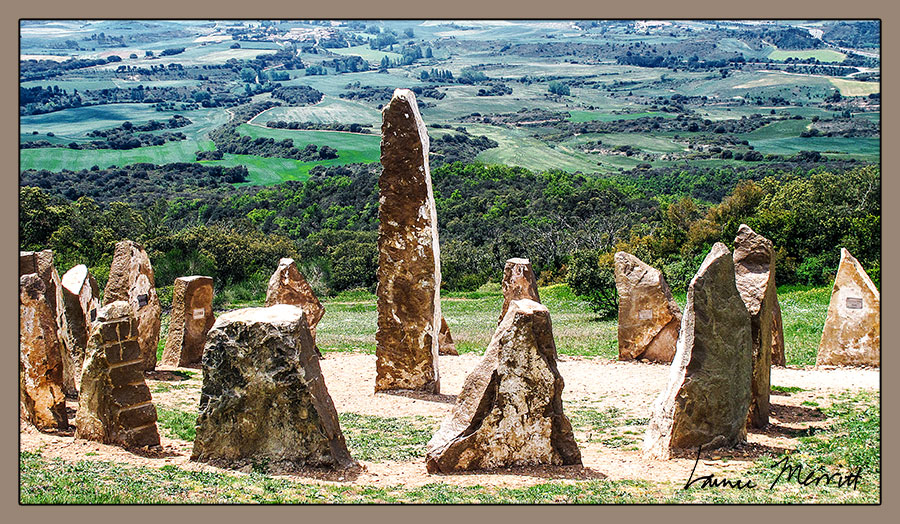 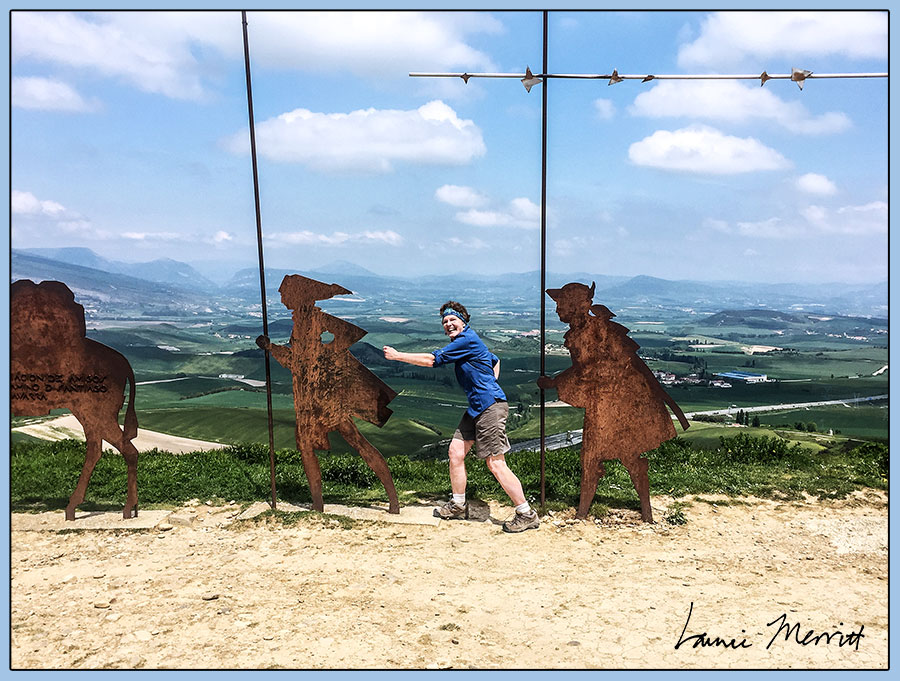 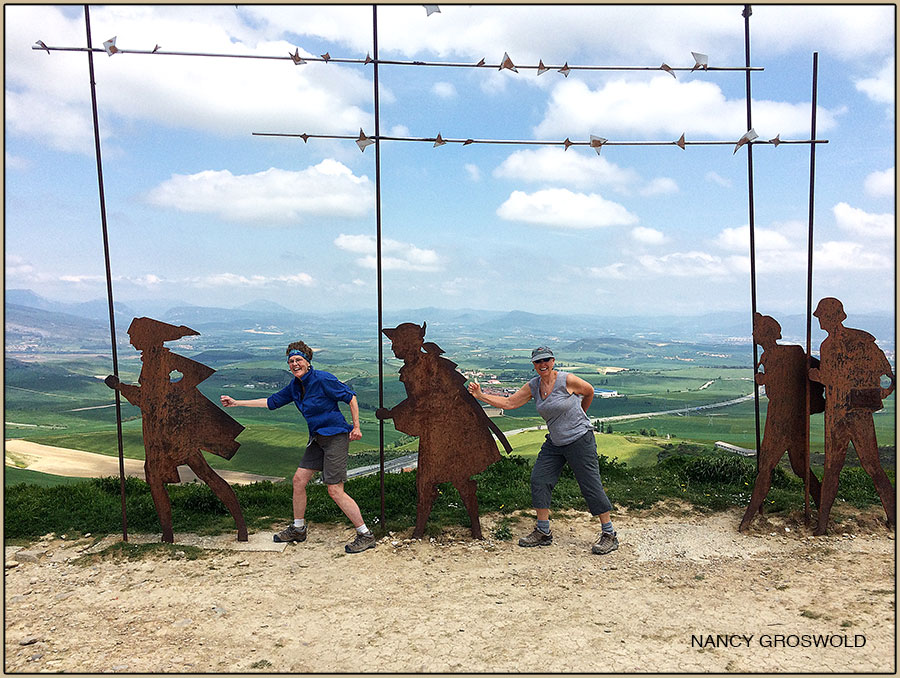 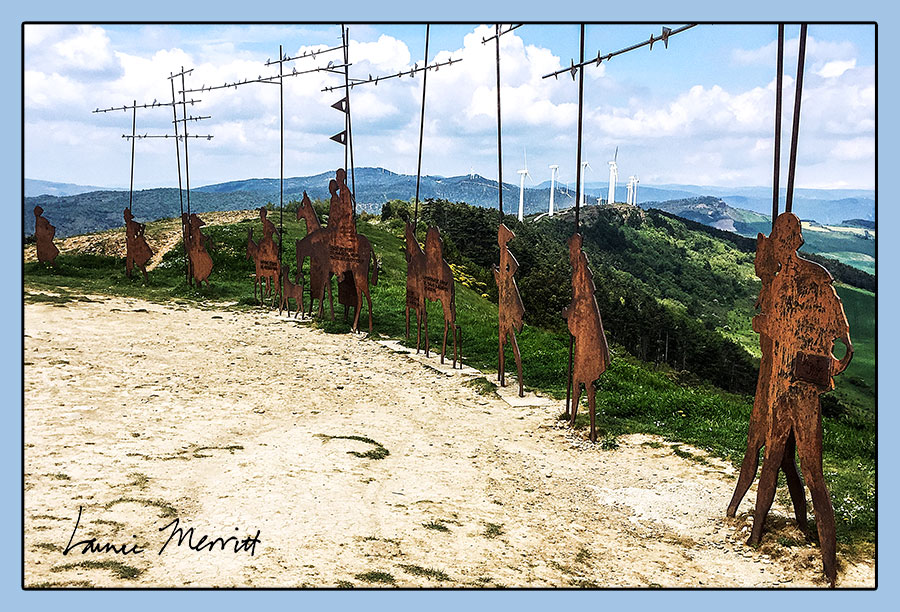 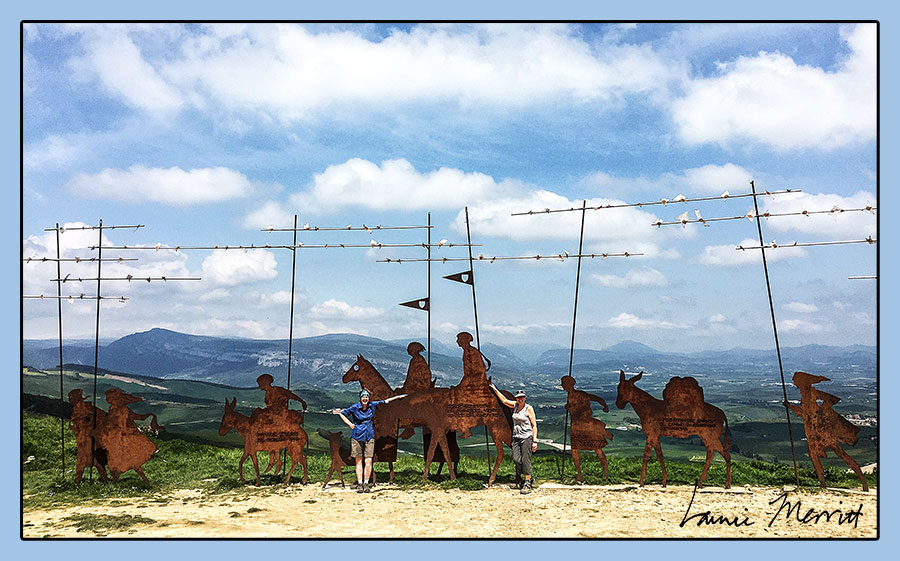 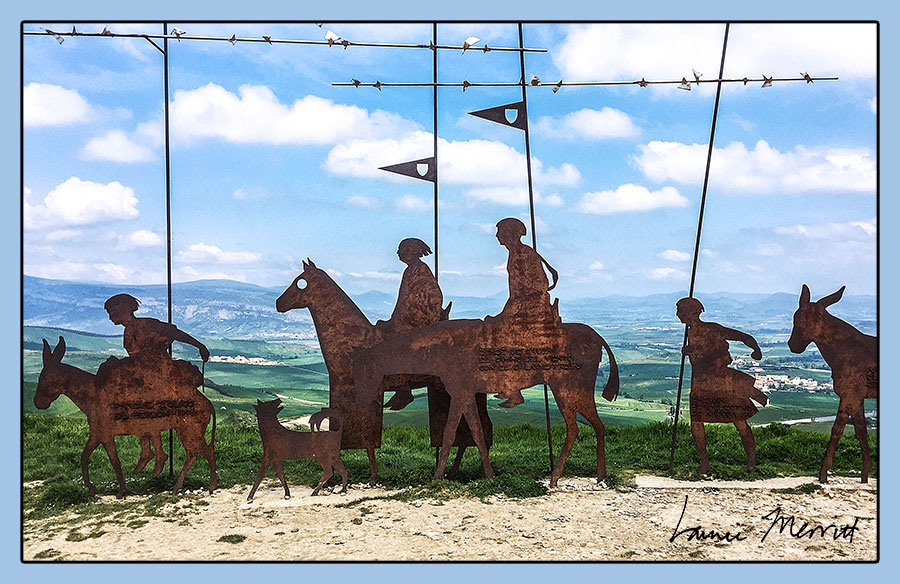 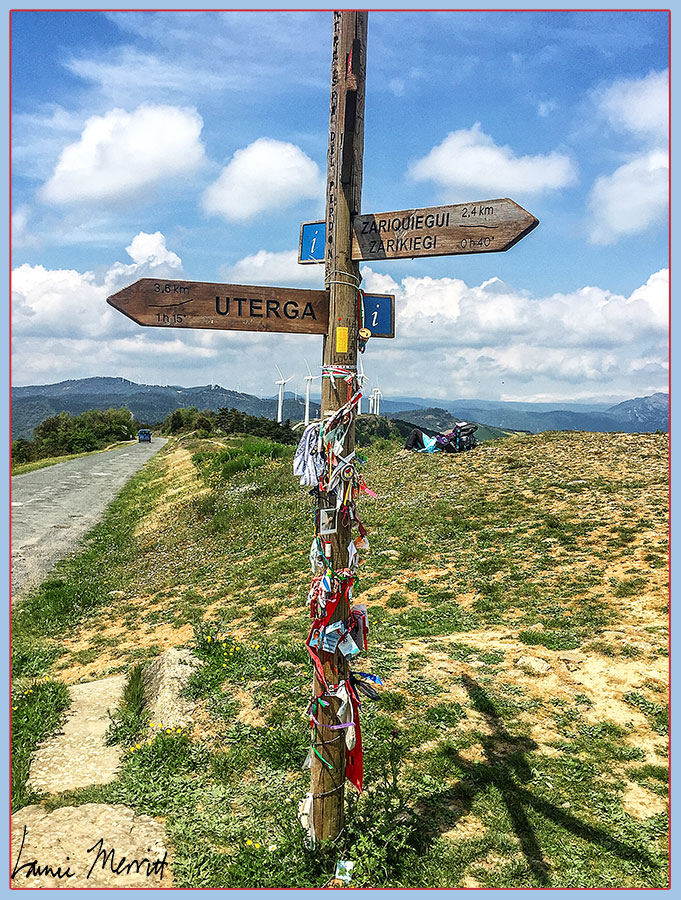 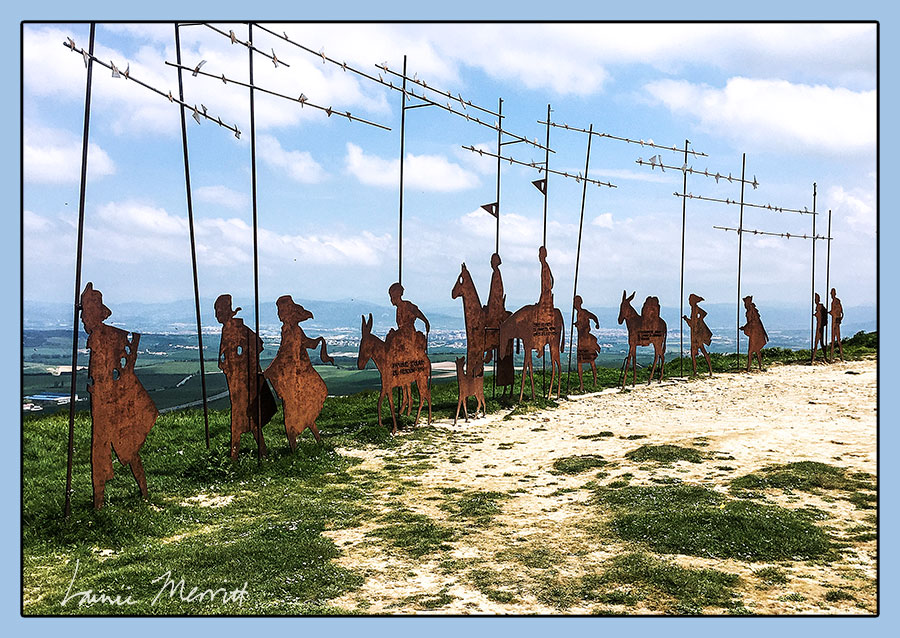 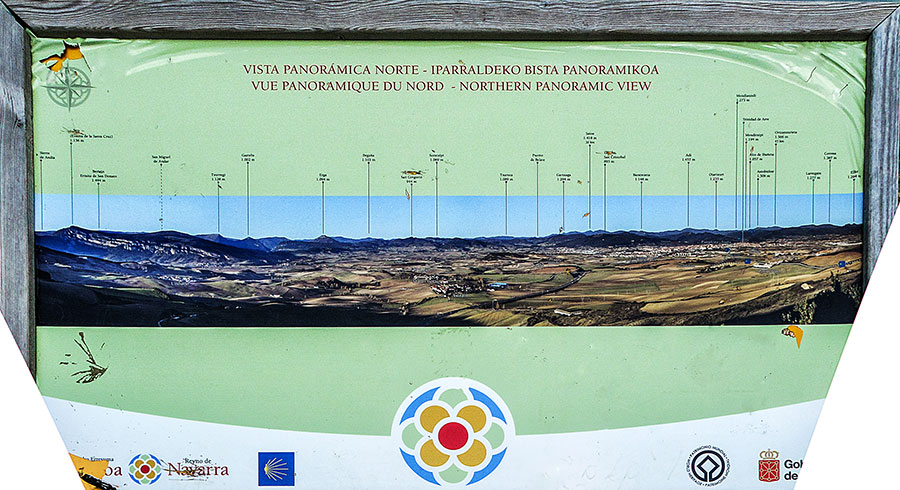 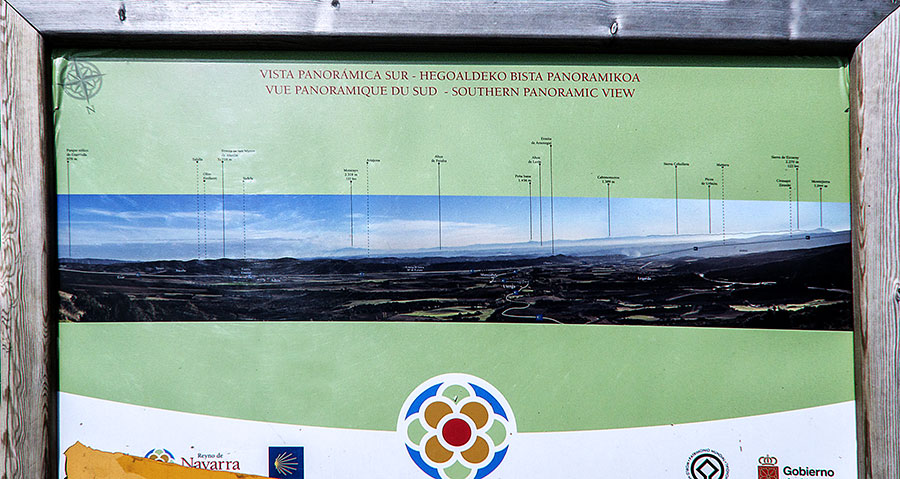