The aqueduct of Alloz consists of a hydraulic work designed by the Engineer of Roads, Canals and Ports, Eduardo Torroja Miret, who was one of the most outstanding Spanish engineers reaching international fame. This engineering work was one of the first that was carried out in the world and revolutionized the use of reinforced and prestressed concrete technique. Built in 1939, the construction is characterized by technical originality and beauty of design.

The main aqueduct, which saves the Salado River valley, is a 218-meter-long structure formed by a self-resistent channel that rests on concrete supports in the form of “scissors” to maintain rigidity. 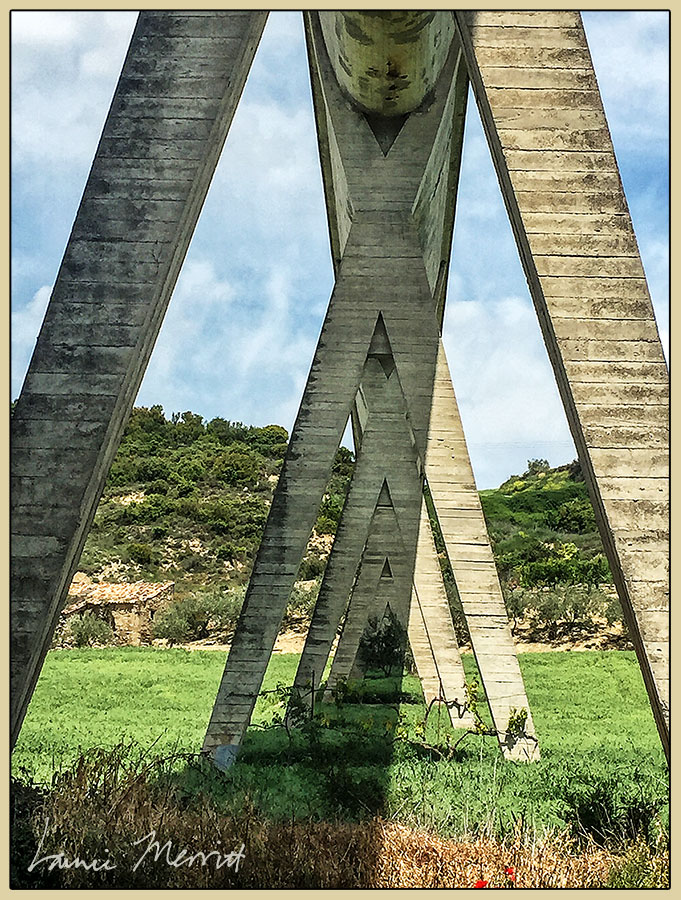