Happily, and sadly, the day I was to become the keeper of my family’s history came too soon. These past few months, since Dad’s death in September, in addition to keeping my small business going and enriching an amputee dog’s life, social media communications were put on hold (seriously, there are other things in life).

My sister mailed 3 oversized FedEx boxes containing “the history” – not only family photographs (many dating back a century), but also documents and snippets of Dad’s life, courtesy of his parents. Scanning began in earnest – a year of almost daily love letters between my parents throughout 1950/51 from the day he joined the Marines right up to their wedding day; newspaper articles touting his baseball prowess, with some basketball and football thrown in; Boy Scout achievements, letters to my grandparents and even his W2’s while working at Yellowstone National Park; letters throughout military service and while stationed in Korea between a former employee and his employer in the textile industry – a soldier sharing stories to a boss, and a boss assuring him that his job would be waiting for him upon stateside return – an incredible loyalty unheard of in this day and age; letters to and responses from senators and congressmen (Bradley, Moynihan, Kennedy, Dowd, Helms, to name a few) relating to changes in law – the plight of the textile industry as it was evaporating from the U.S.

The initial urgency to get this project wrapped up quickly waned, the pace slowed down considerably as I read everything, recalled, remembered fondly, laughed a lot, cried a lot, called Mom often to ask questions and/or clarify events I never knew about or simply forgot. Countless “Holy s—!” expletives!! We’re a tight family, and Mom and Dad loved each other very much, but I didn’t fully realize the depth of a love so great throughout their years together, not to mention a father’s dedication to caring and providing for his family. Now I know why I’ve always been better at expressing myself through writing; it came from my folks.

Admittedly, being a photographer, I used my iPhone camera (sacrilege!) to quickly capture occasional classic pictures of my siblings as I clicked and giggled through the slide shows, then sent them off as a laugh of the day. FYI, the Kodak carousel projector with a mat board as a backdrop does the trick just as well as the white linen sheet!

The task has been enormous, but filtering and processing it all (in my brain as well) has brought such unbelievable rewards… in spades. Scanning has been and continues to be the easy part. Upon opening everything up, several photo albums, boxes of loose photos, 10-15 slide carousels (120 count), and other paper documents were re-sorted back to some semblance of chronological order (over time, photos & slides had been placed in “by-family-member” groupings. Ugh!). Photo scanning got whittled down quickly at Christmastime though to concentrate solely on returning to Mom a rejuvenated, less unwieldy album containing “the best of” retouched photos of just her and Dad over the years. The all-encompassing project will continue in bits and spurts… 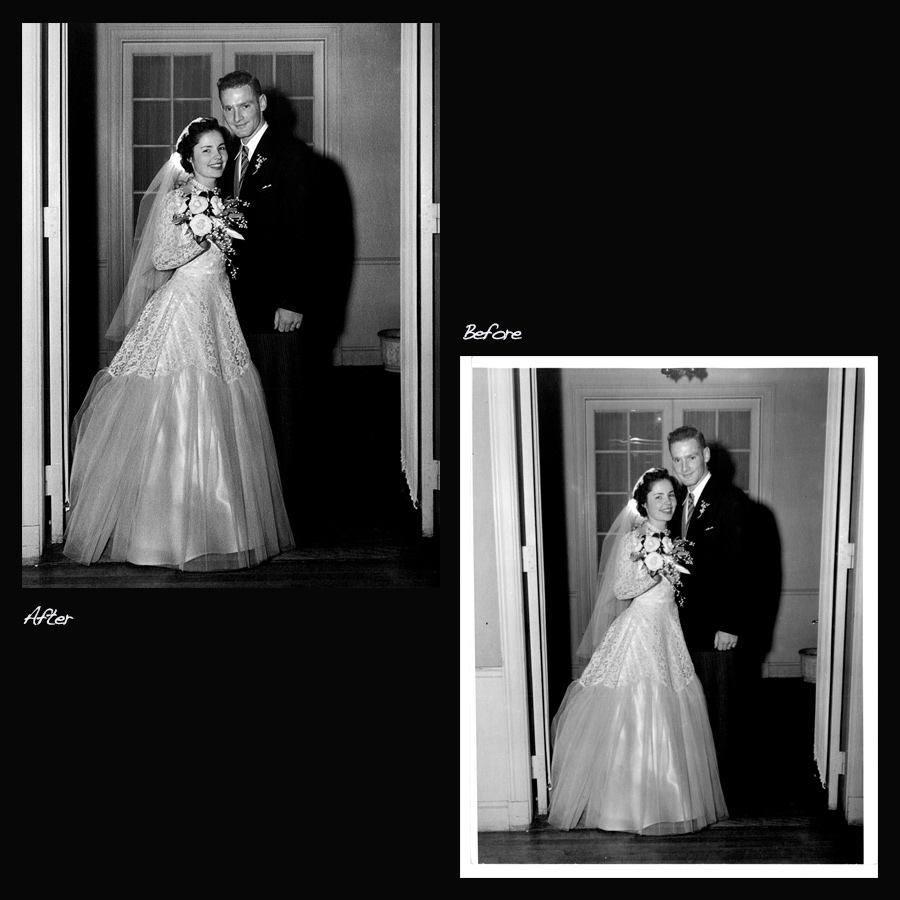 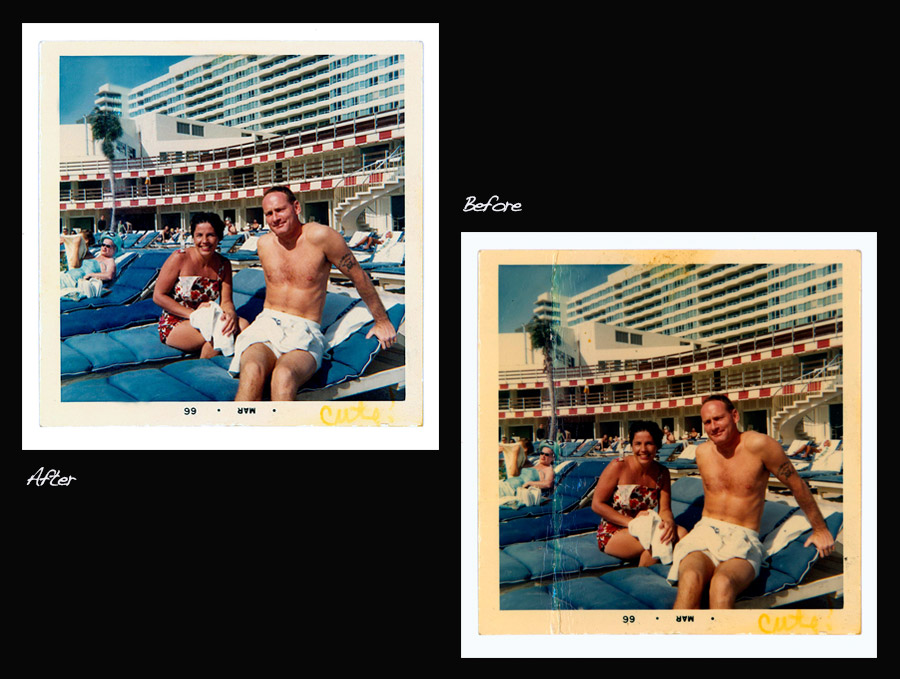 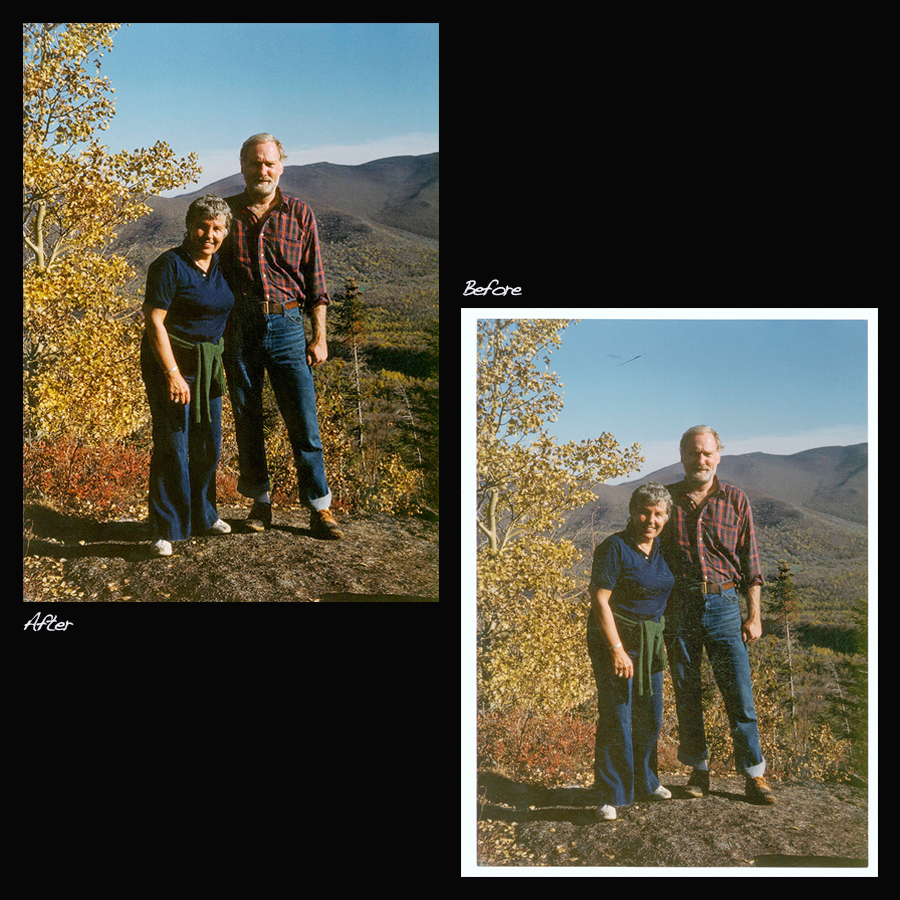 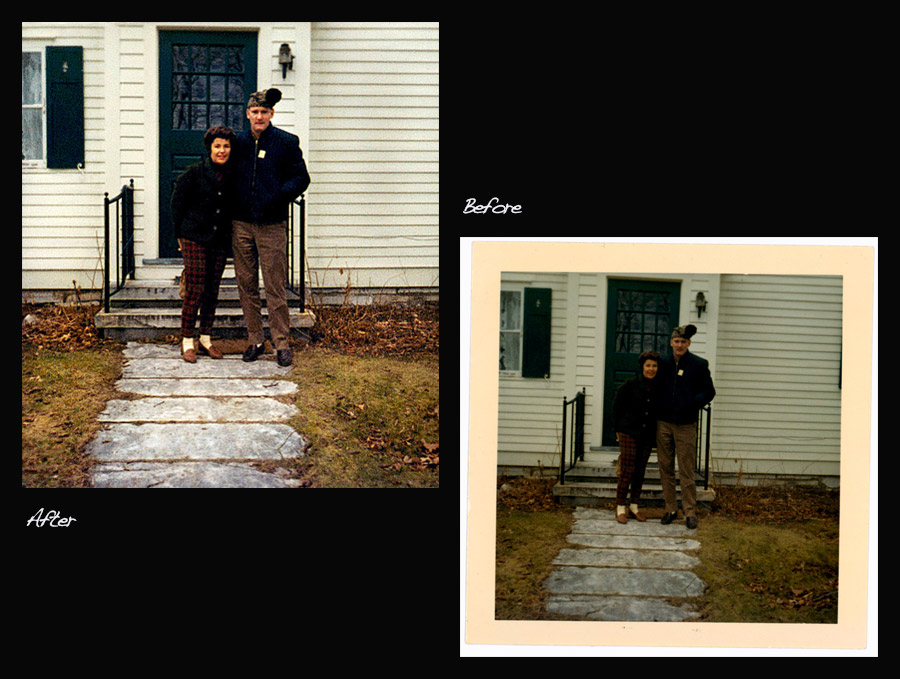 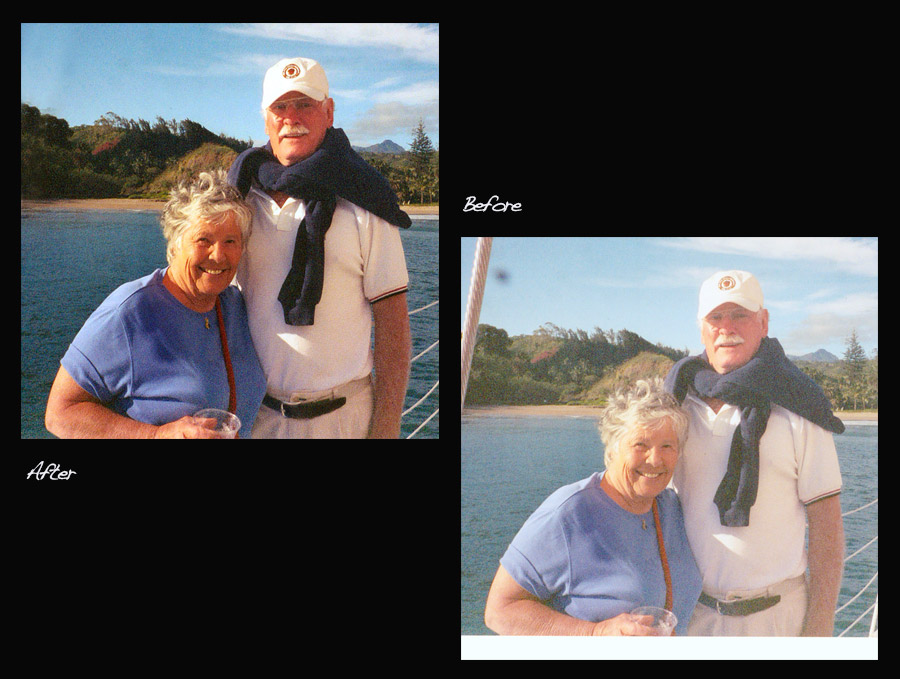 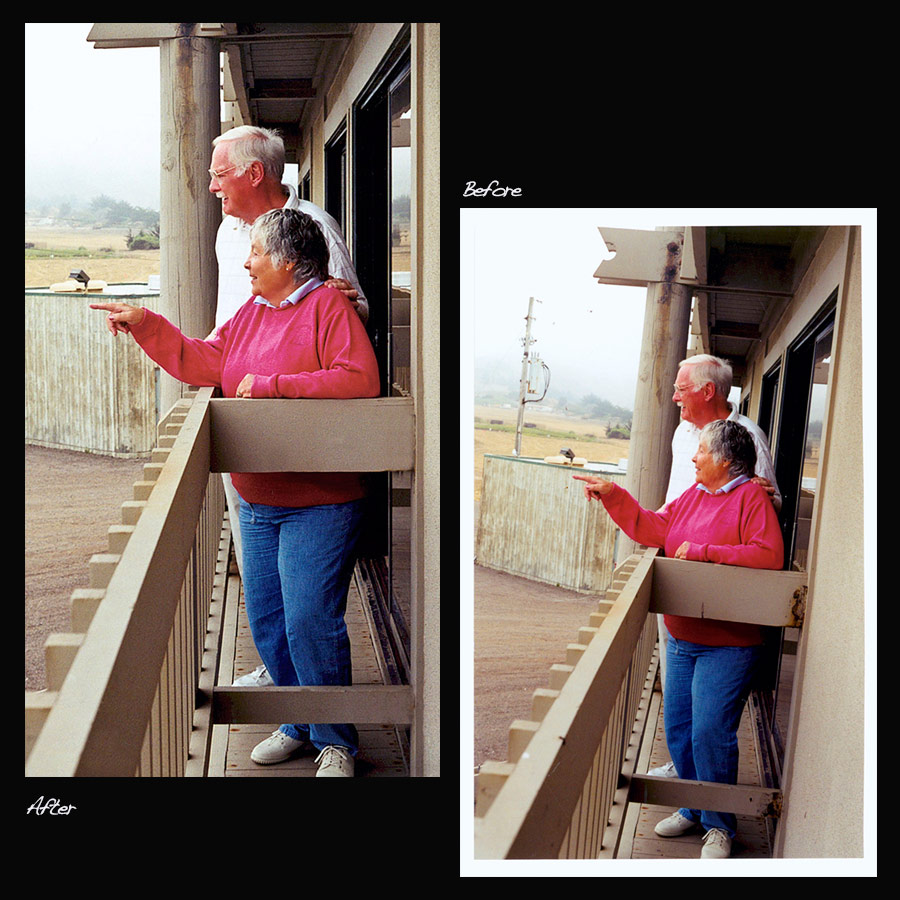 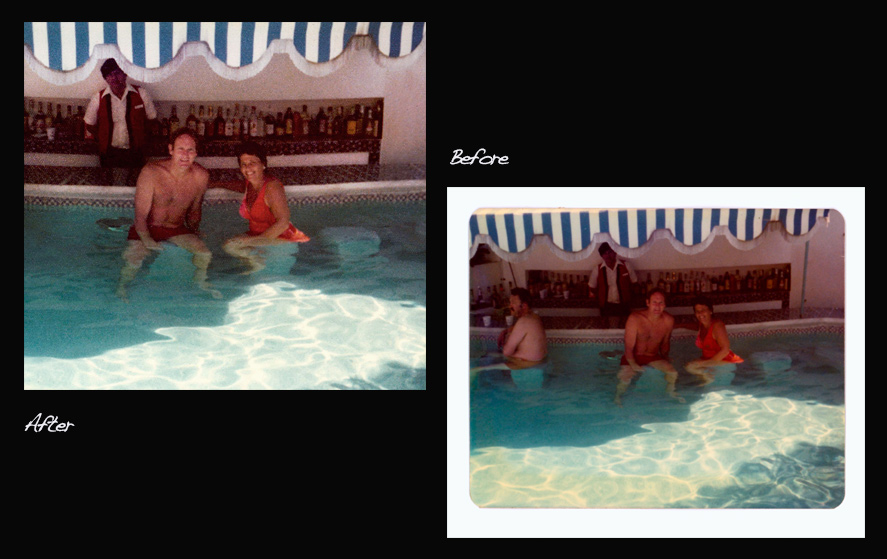 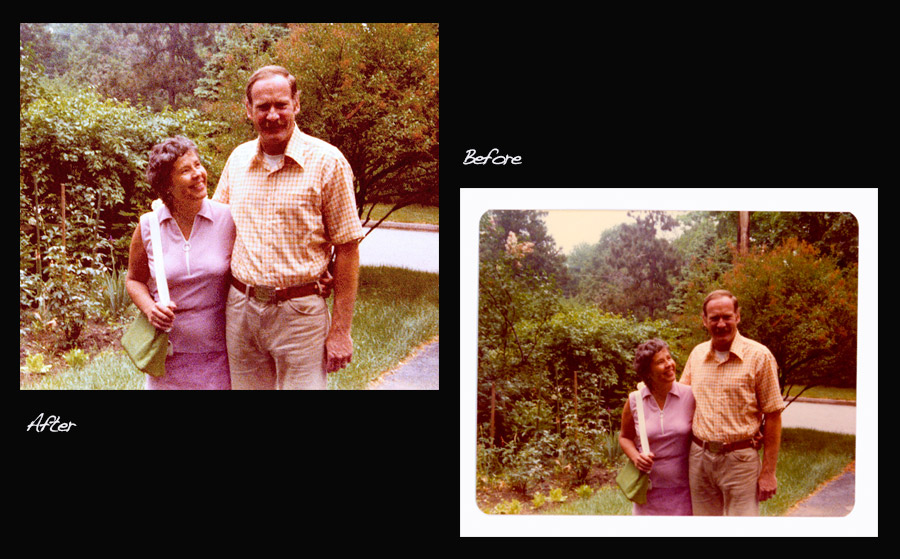 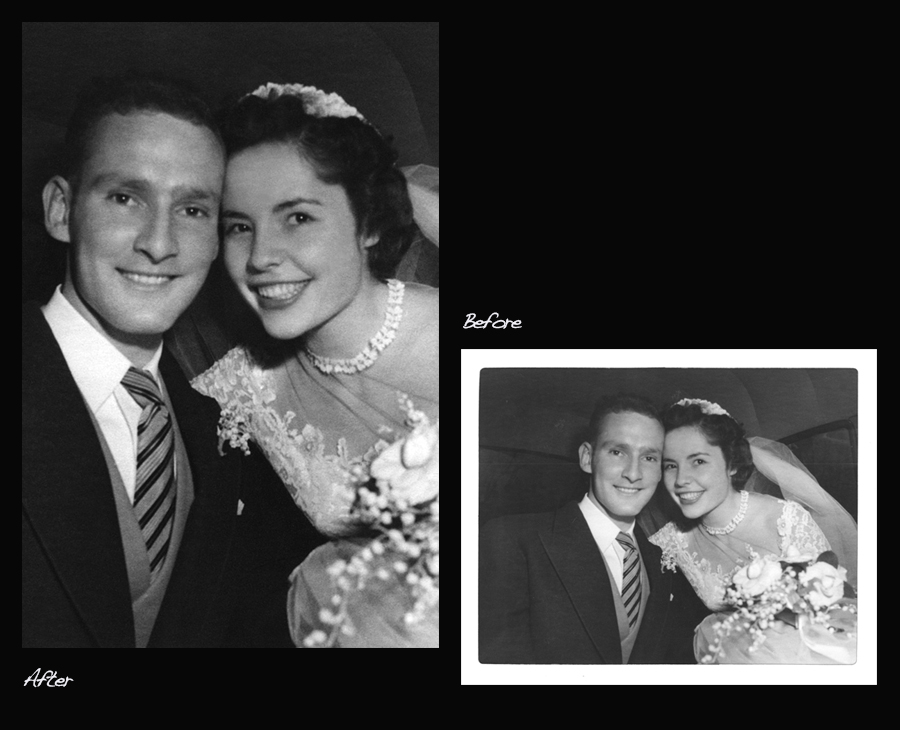 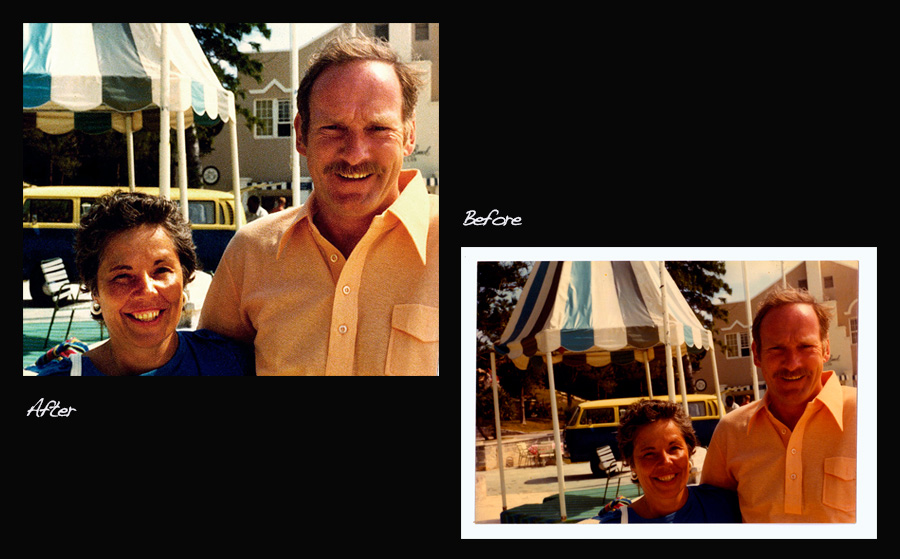 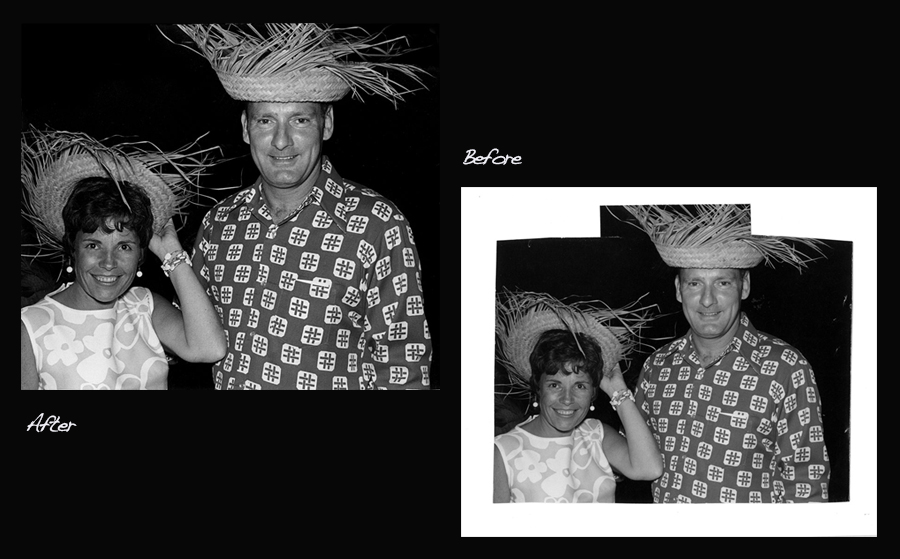 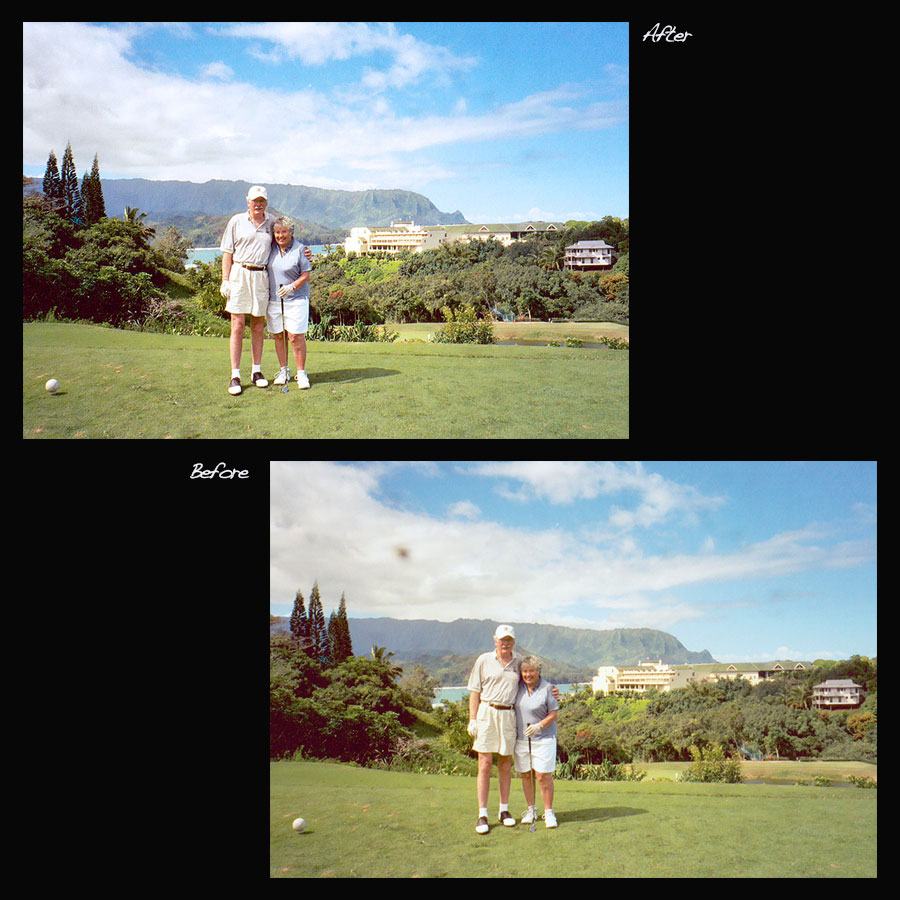 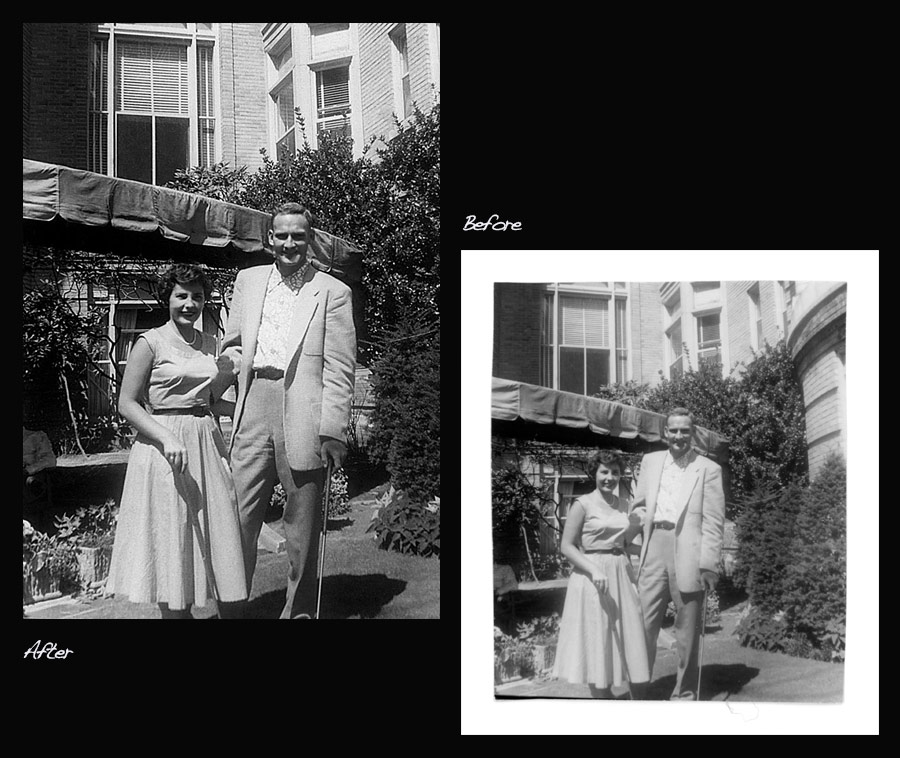 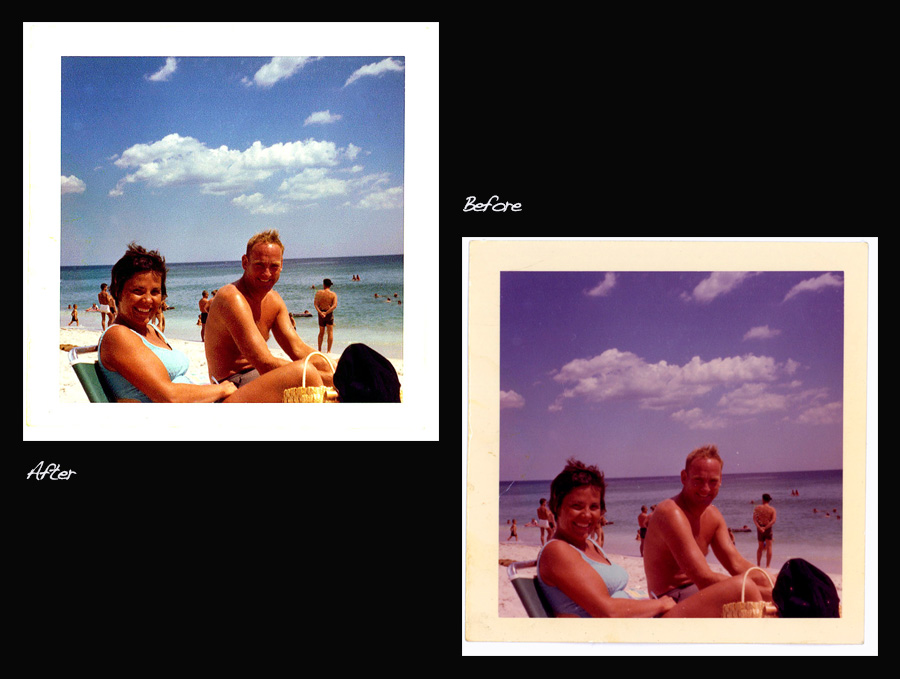 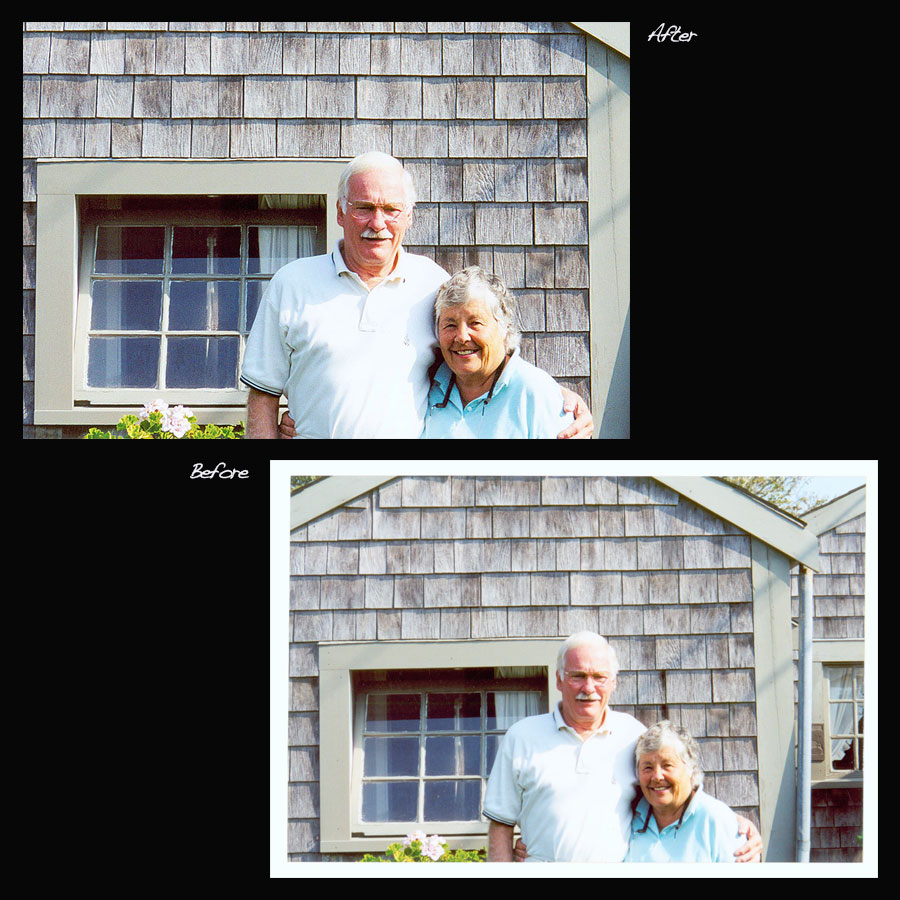 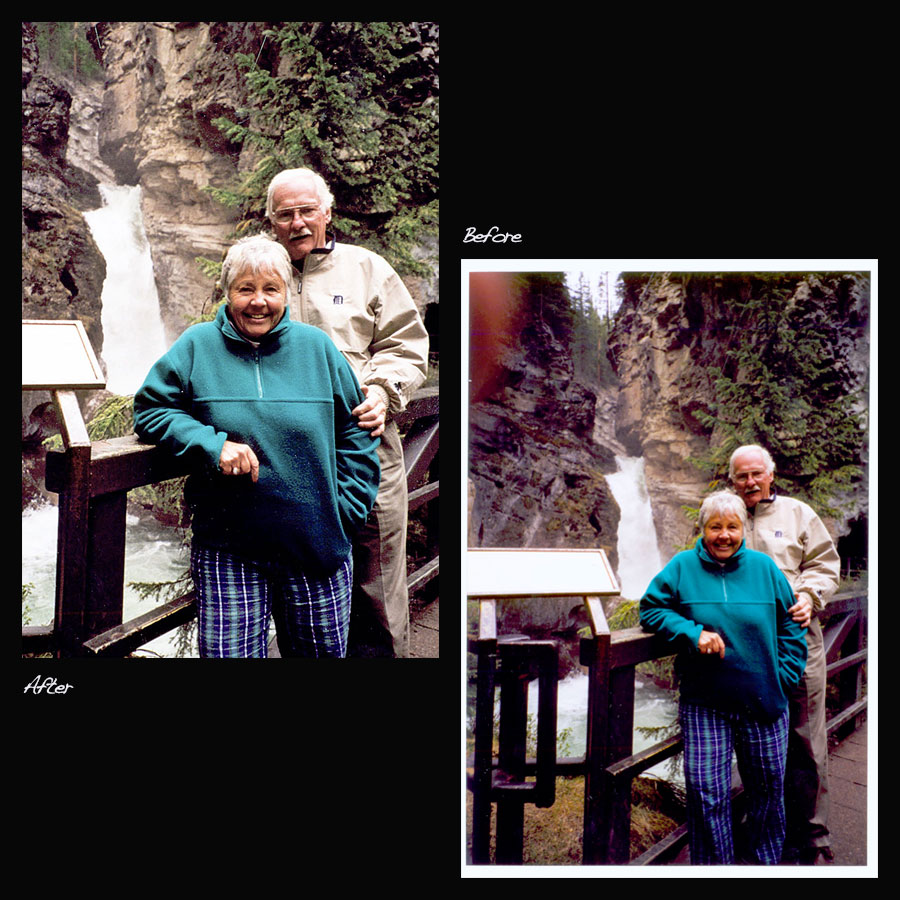 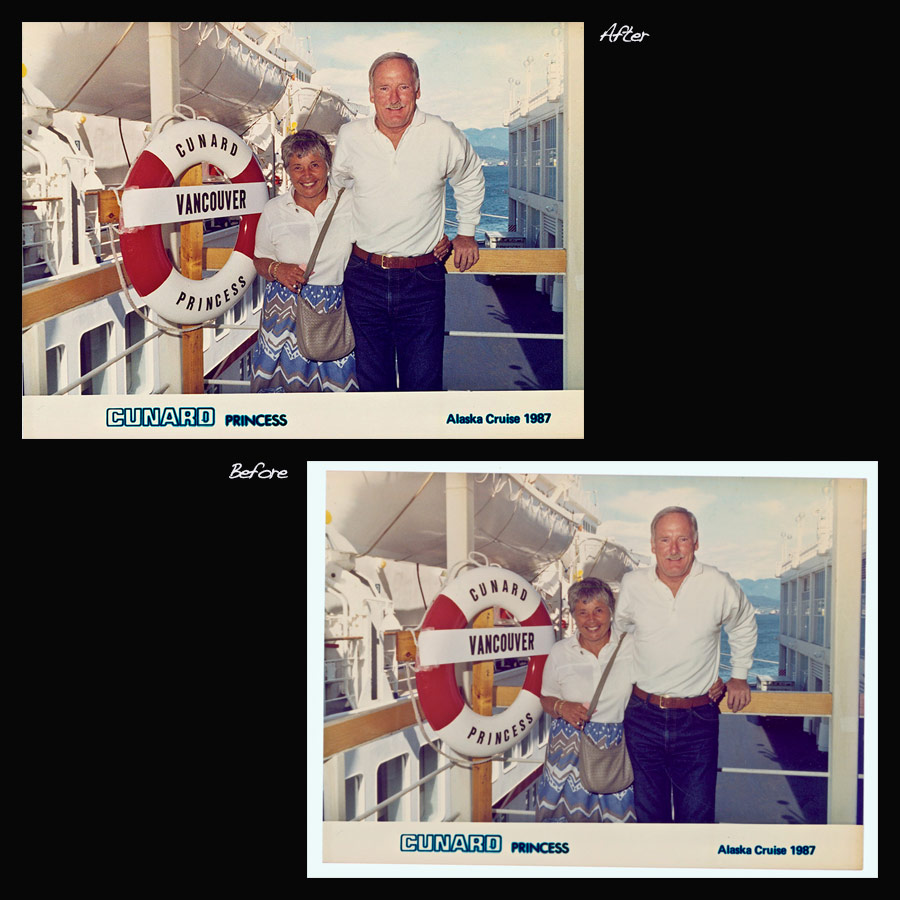 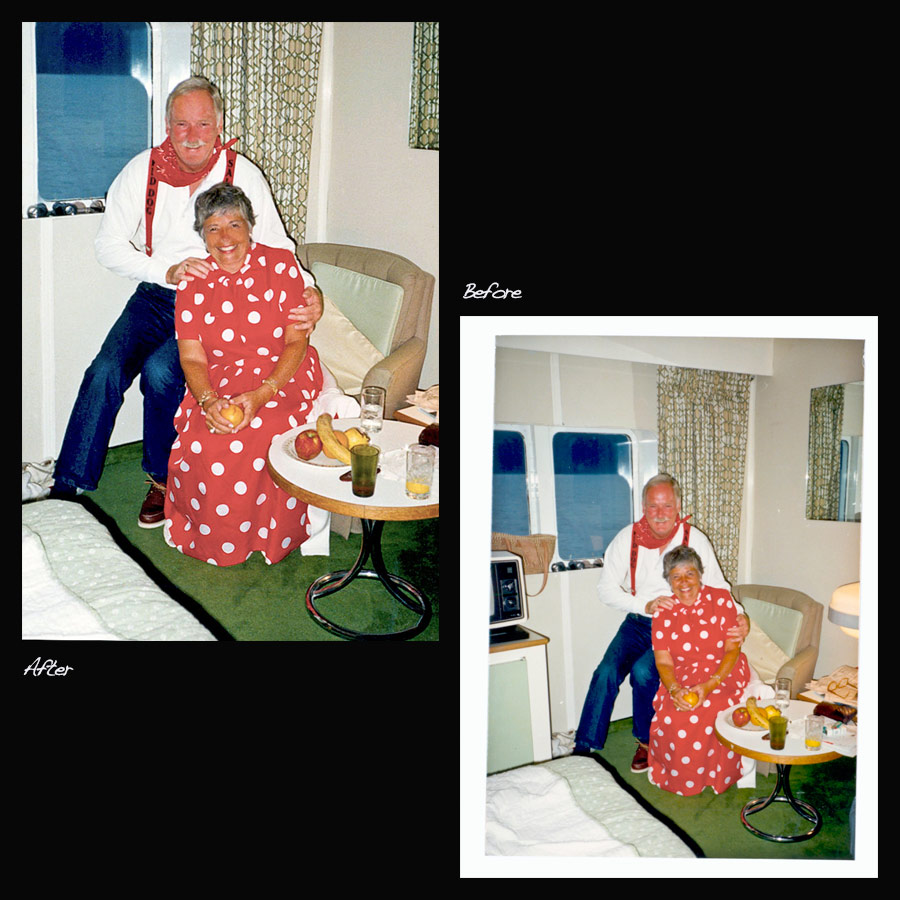 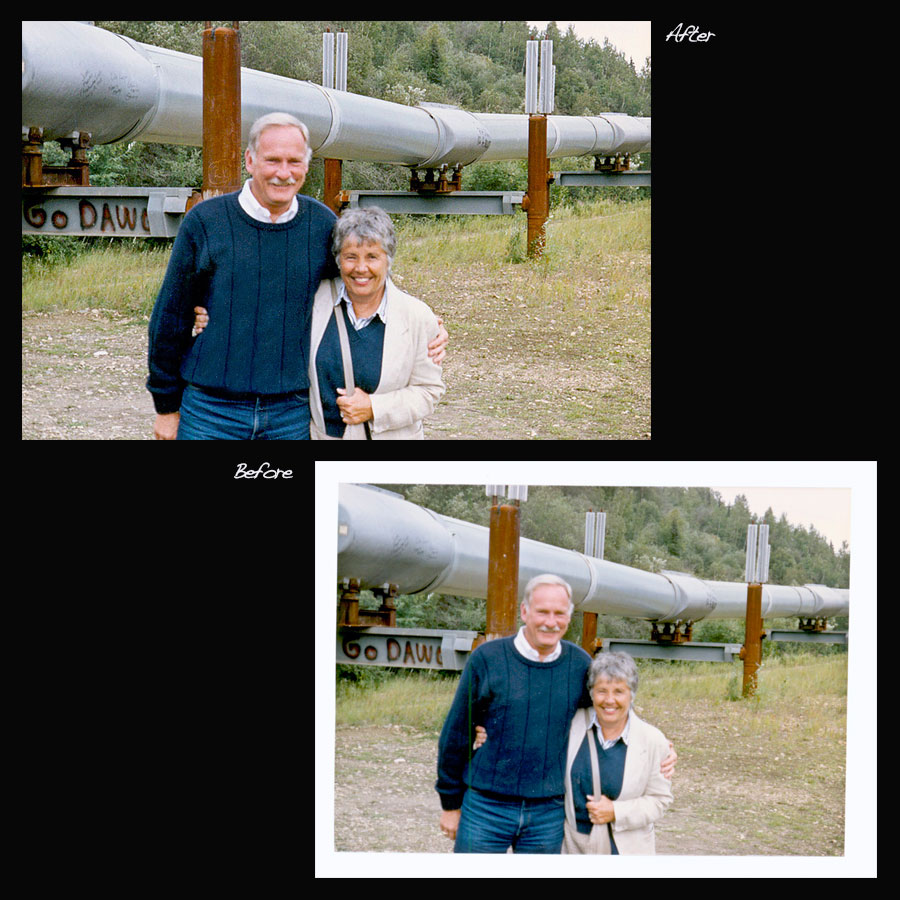 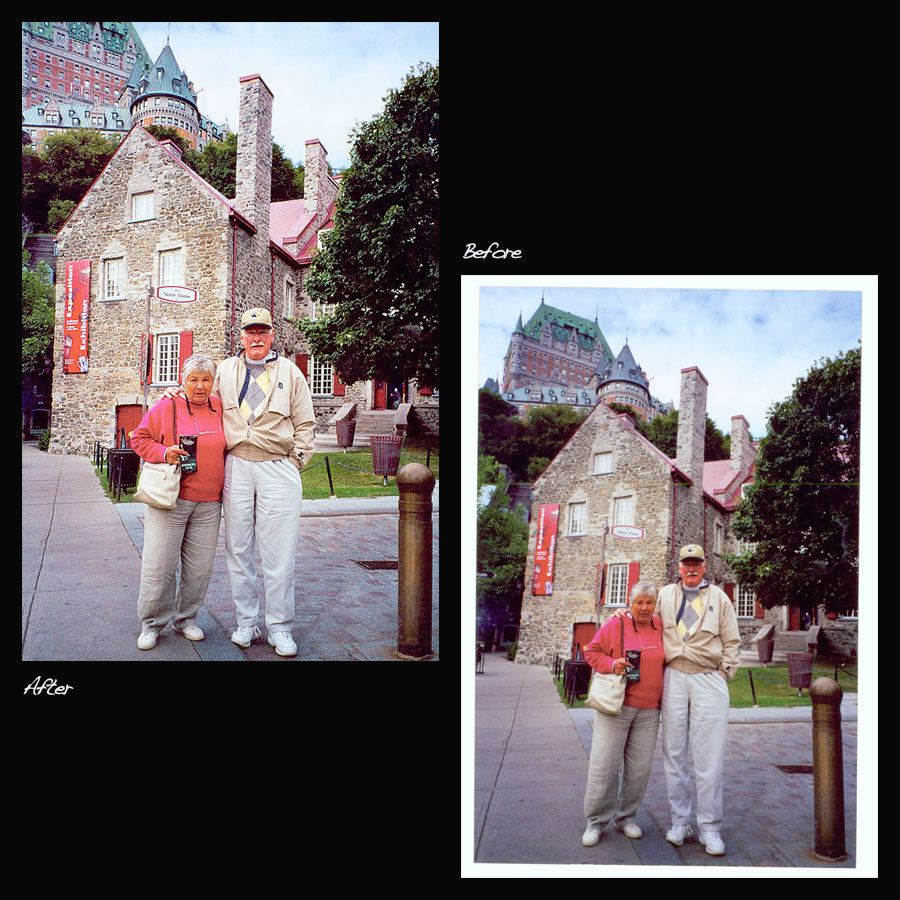 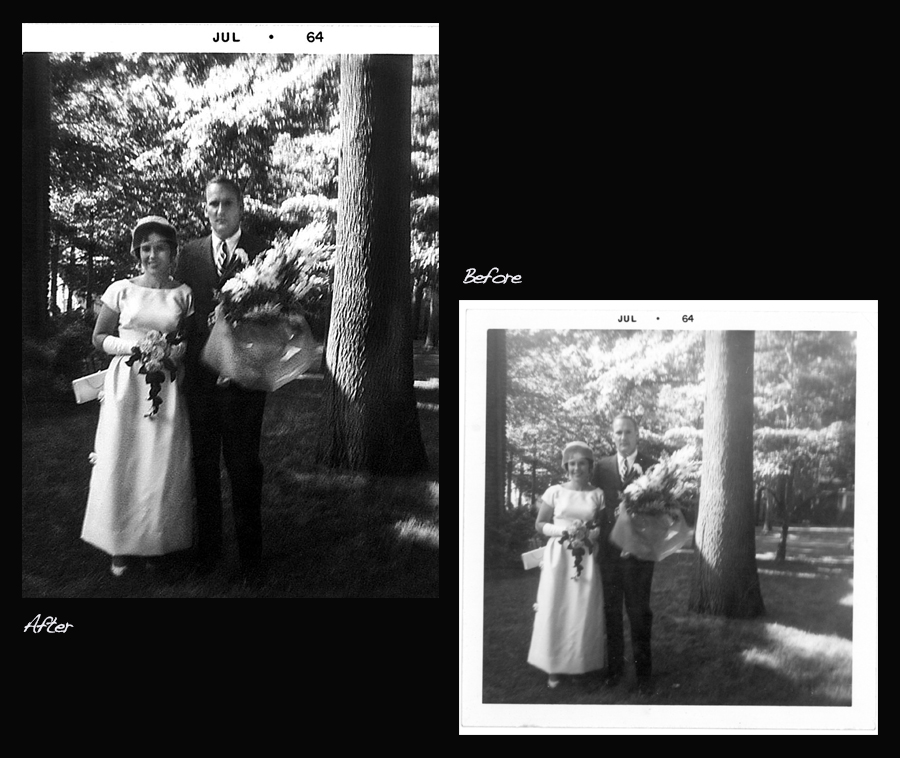 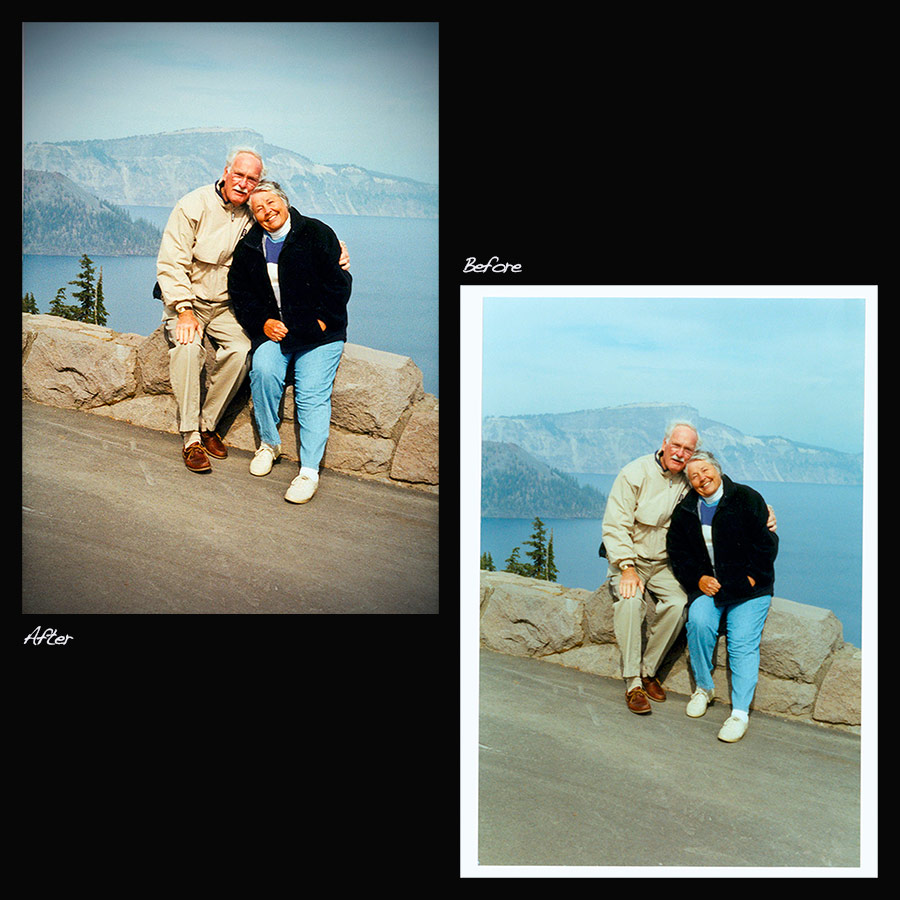