Hysterical watching these “bobble heads”!  It reminded me of the old Maxwell House Coffee commercial. I should have hit video instead.

The flightless ostrich is the world’s largest bird. Though they cannot fly, ostriches are strong runners and can sprint up to 40 MPH and run over distance at 30 MPH. And, they may use their wings as “rudders” to help them change direction while running. Its powerful, long legs can cover 10 to 16 feet in a single stride, but they can also be formidable weapons. Ostrich kicks can kill a human or a potential predator like a lion. Each two-toed foot has a long, sharp claw.

Get a load of this!! Contrary to popular belief, ostriches do NOT bury their heads in the sand! Rather, at the approach of trouble, ostriches will lie low and press their long necks to the ground in an attempt to become less visible. Their plumage blends well with sandy soil, so from a distance, this gives the appearance that they have buried their heads in the sand. 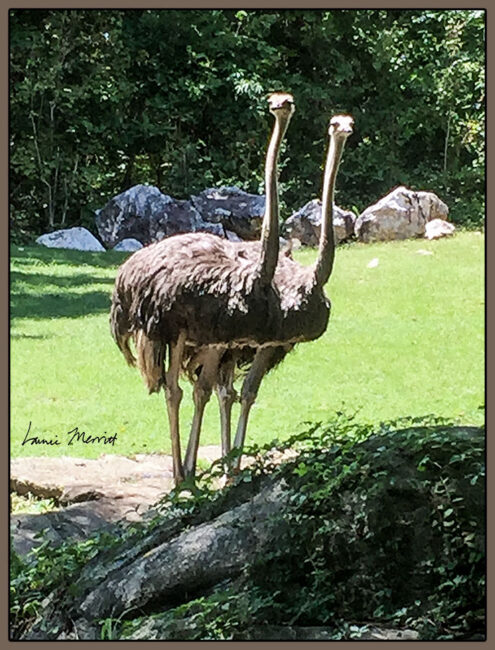 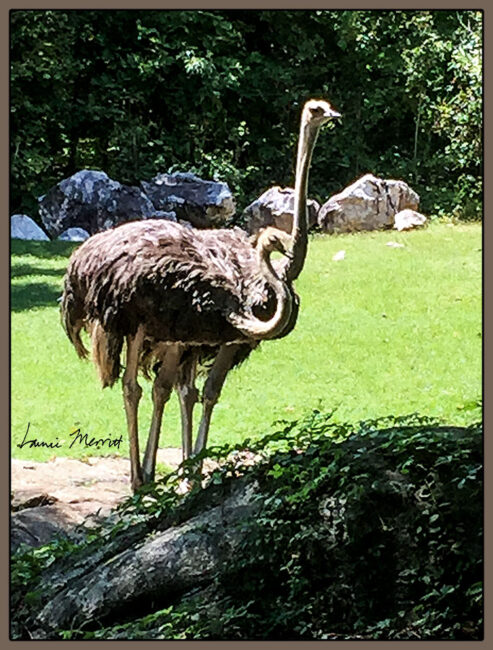 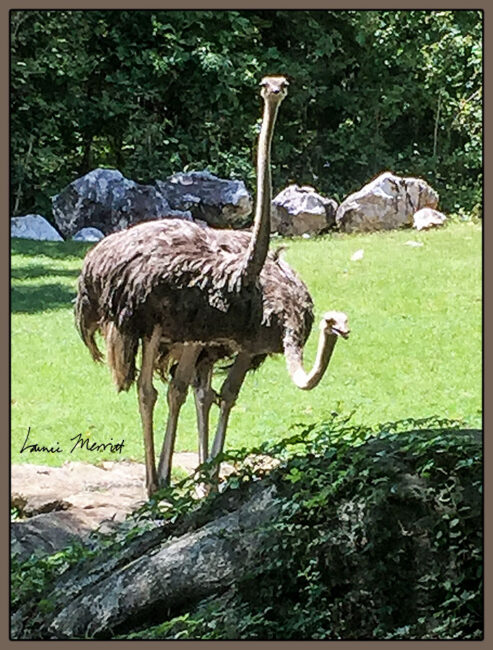 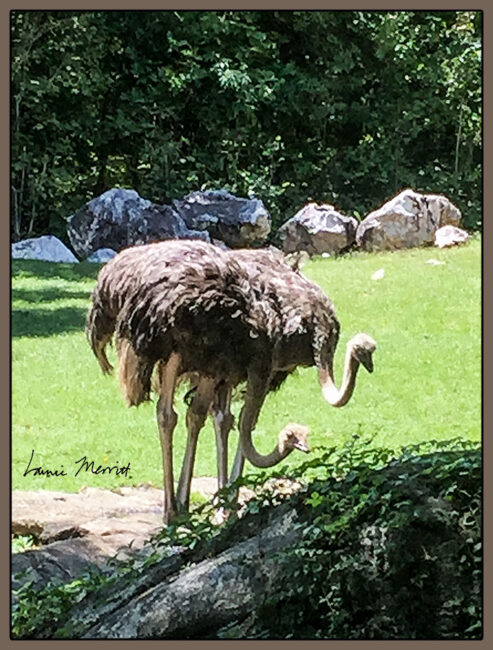 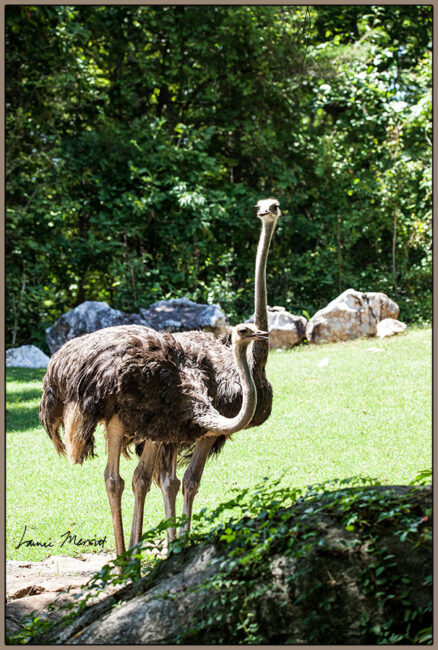 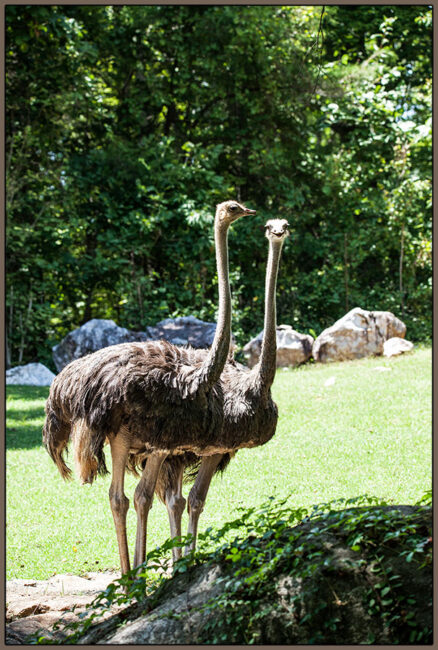 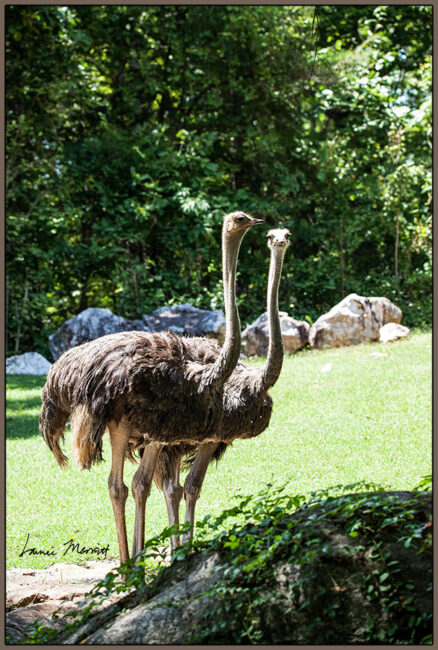 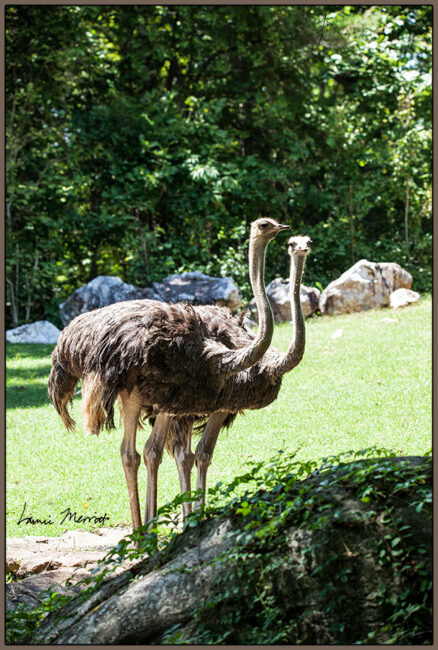 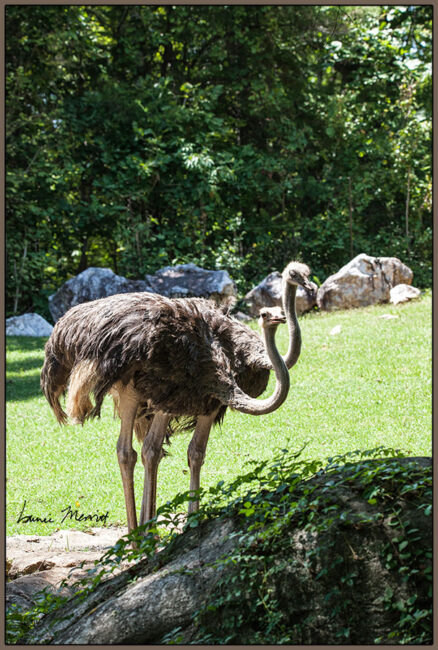 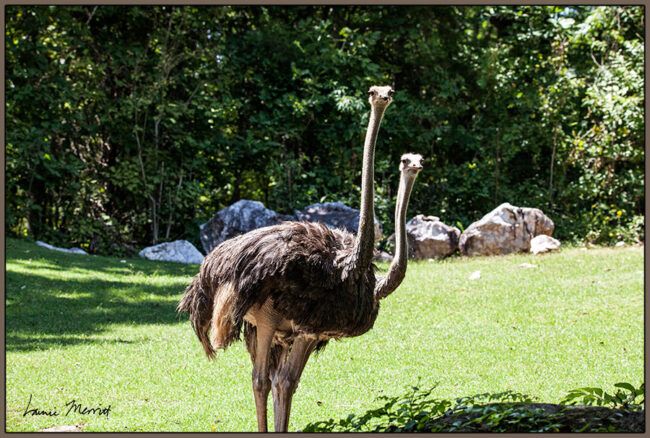 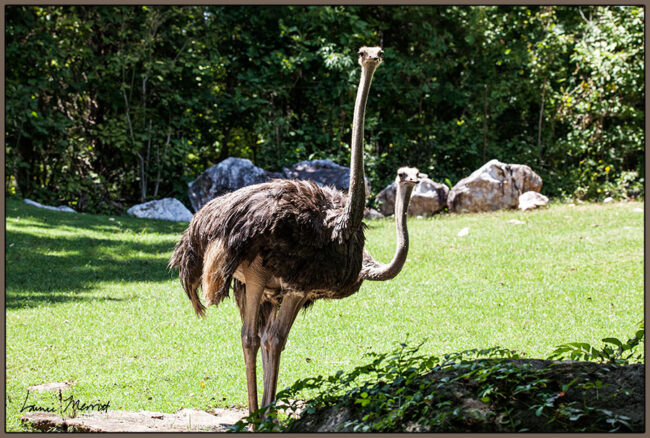