It’s impossible to walk past the meerkat exhibit without witnessing their goings on and hyper activity in several locations.  They’re quick!  And they’re a riot to watch!  Both inquisitive and destructive, the very social meerkat is a small mongoose weighing on average about 2 to 5 lbs.  With a long, slender body and limbs, it can be anywhere from 14″ to 20″ inches long with an added tail length of around 9″.

It uses its tail to balance when standing upright, as well as for signaling. Its face comes to a point at its brown nose, their eyes always have black patches around them, and they have small black crescent-shaped ears.

Meerkats’ claws are used for digging burrows and digging for prey.  Primarily insectivores, they will also eat lizards, scorpions, plants, eggs, and spiders.  A meerkat has the ability to dig through a quantity of sand equal to its own weight in just seconds!  Digging is done to create burrows (they live in large underground networks with multiple entrances which they leave only during the day, except to avoid the heat of the afternoon), to get food and also to create dust clouds to distract predators.  There may be up to 30 meerkats in a group.

To look out for predators, one or more meerkats stand sentry to warn others of approaching dangers.  When a predator is spotted, the sentry gives a warning bark or whistle, and other members of the group run and hide in one of the many holes they have spread across their territory.  Sentry duty is approximately an hour long.  The meerkats standing guard make peeping sounds when all is well. 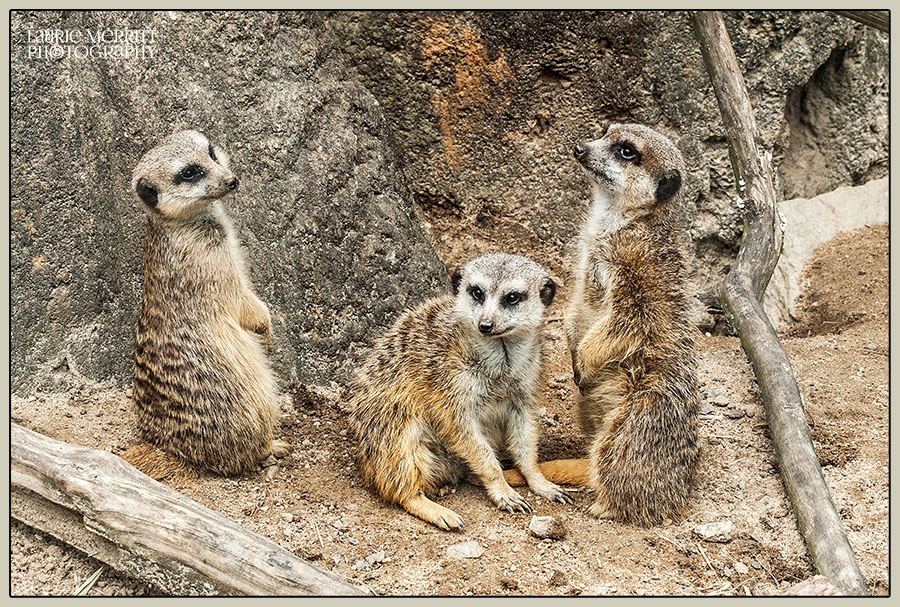 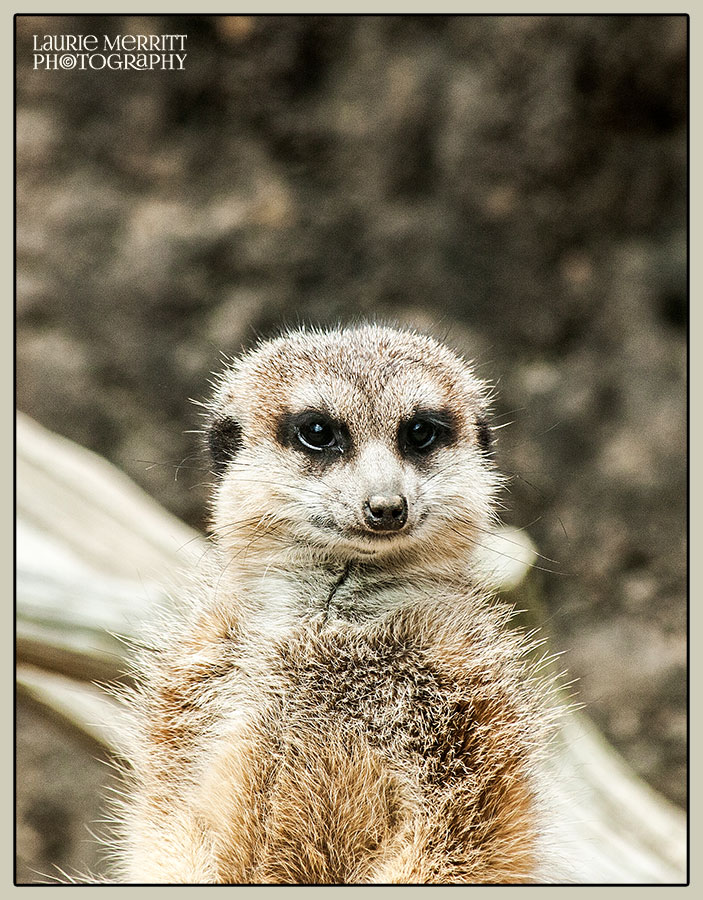 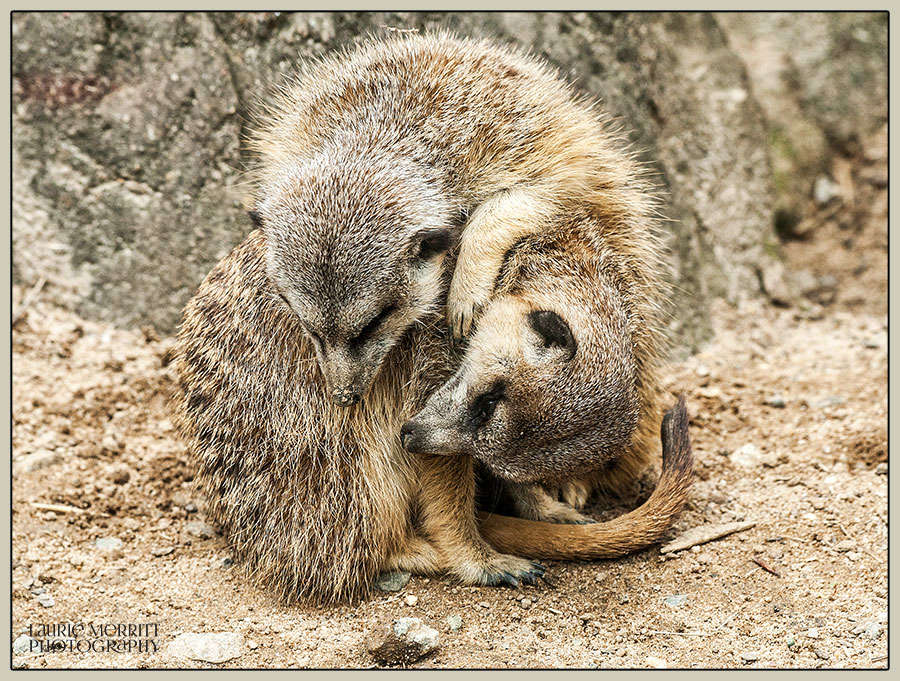 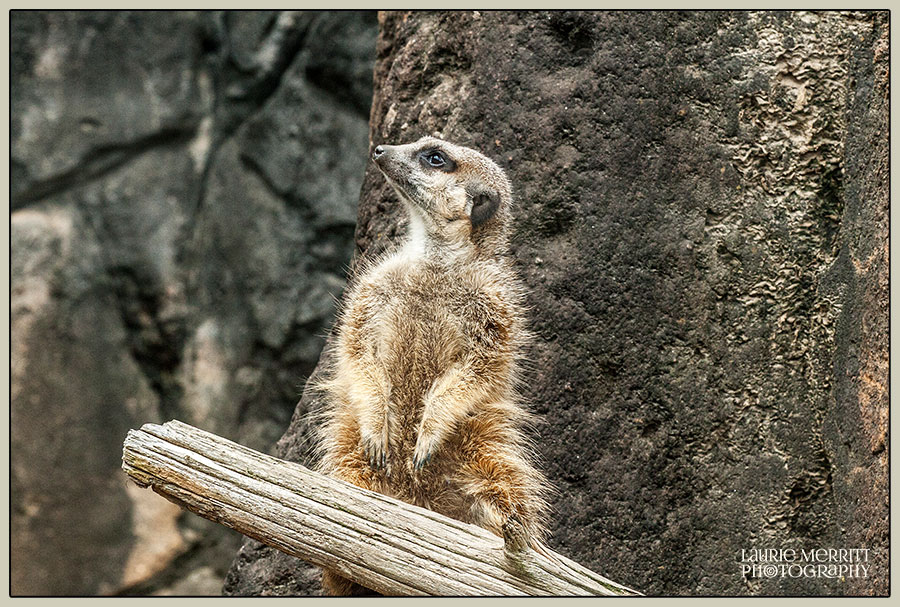 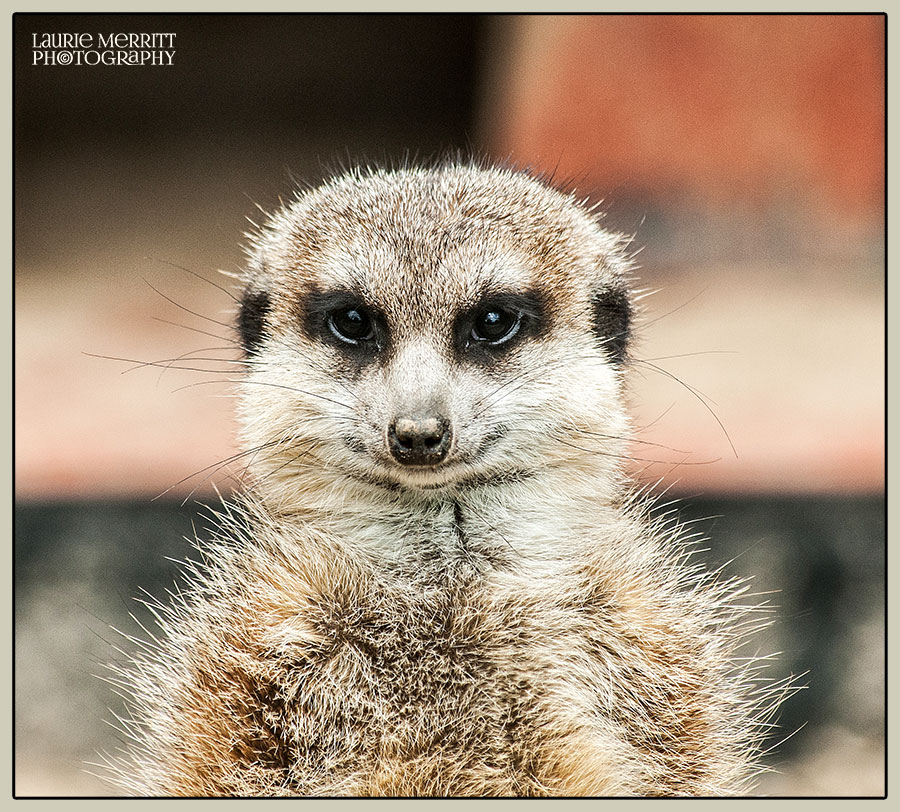 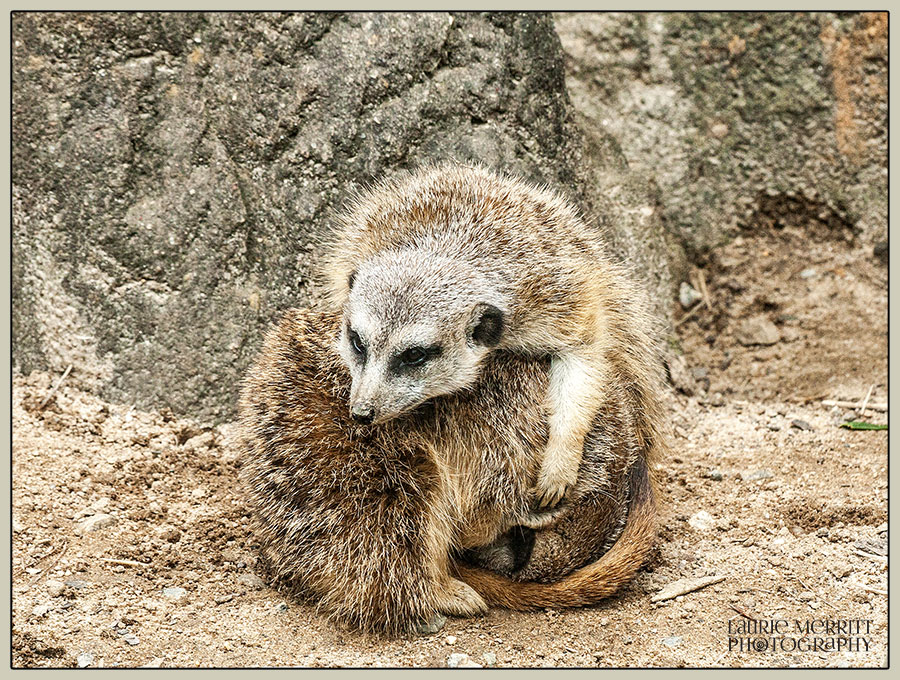 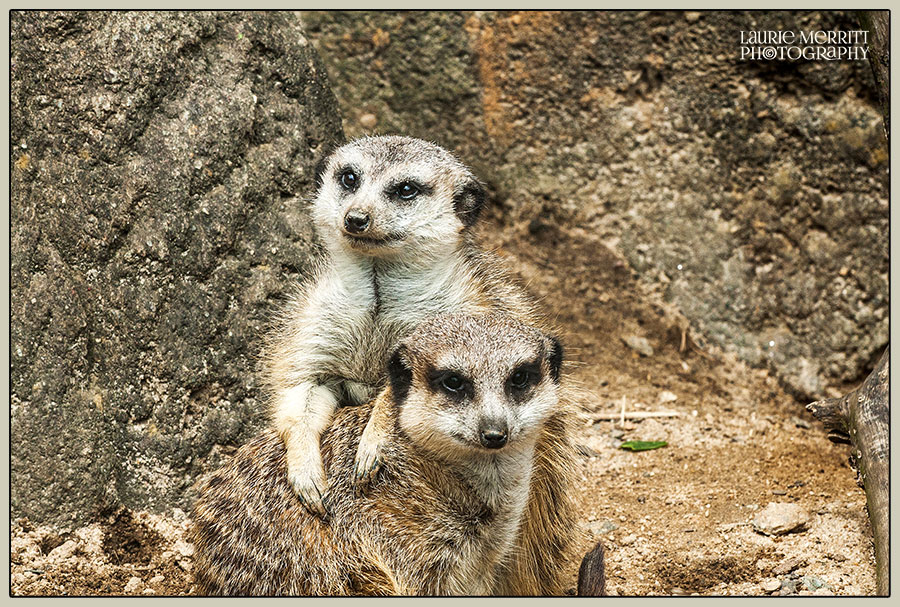 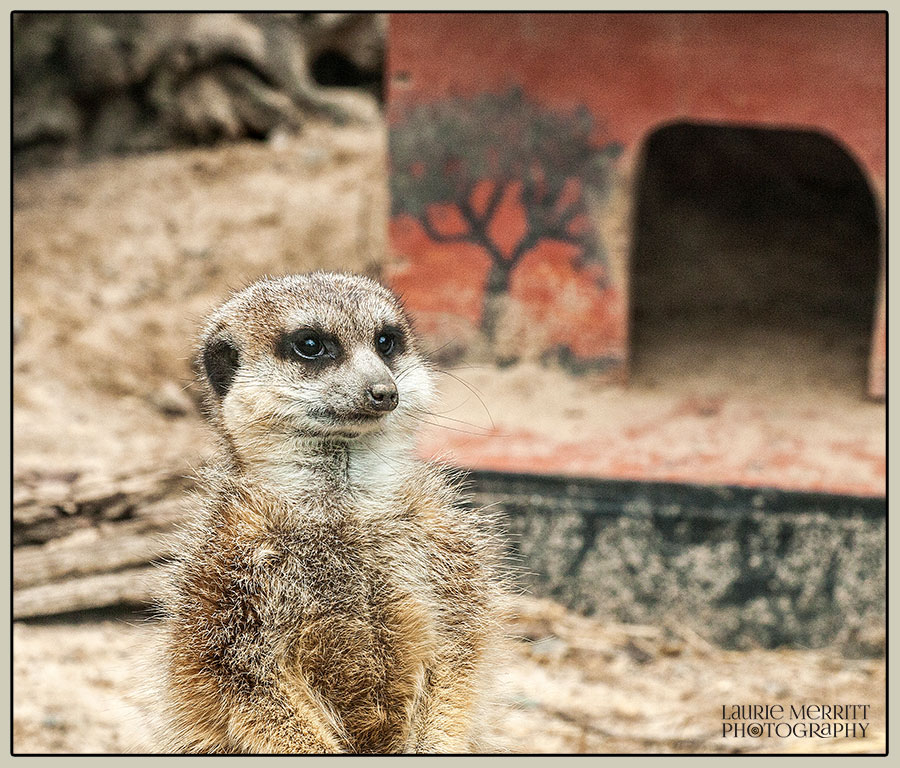 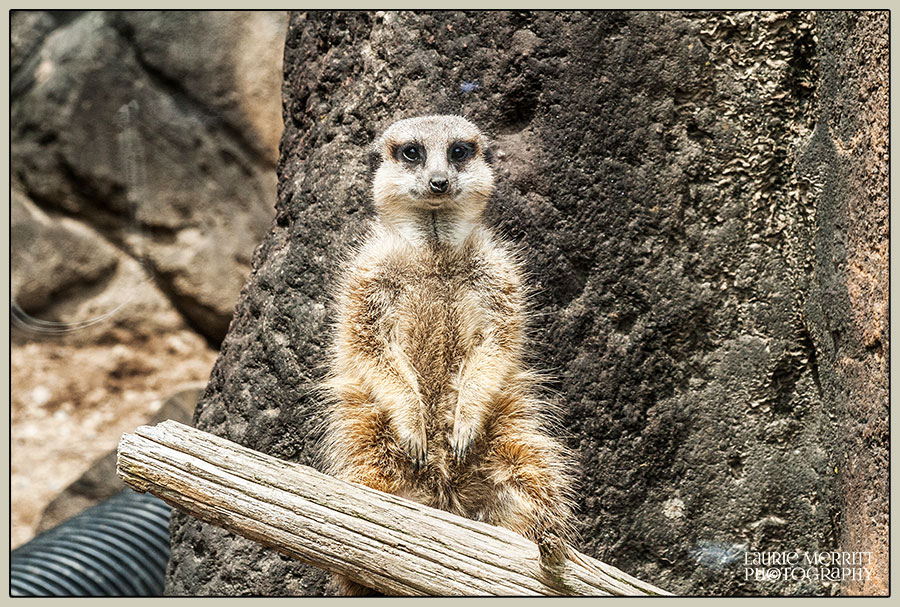 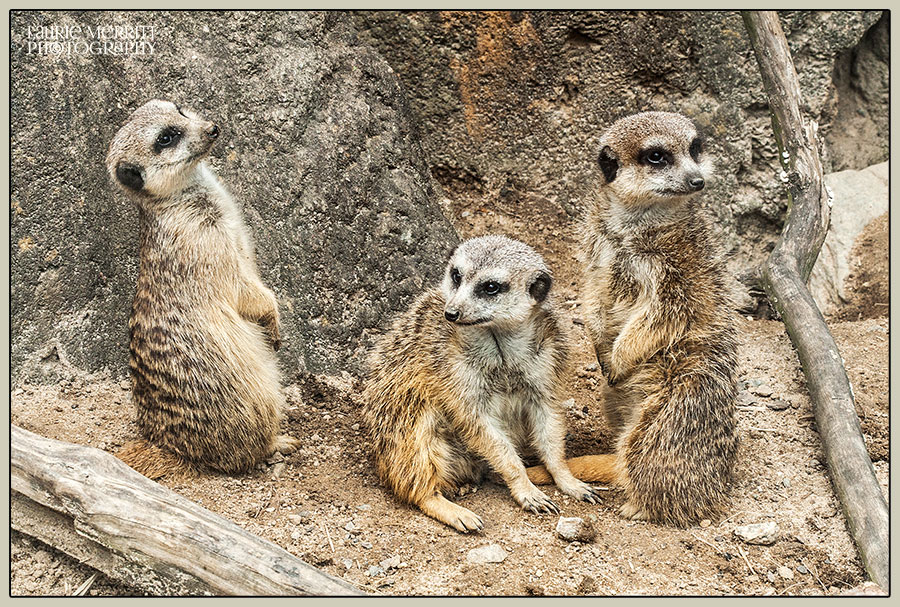