A green stinkbug nymph makes its way throughout the rhododendron leaves. And, get a load of that one-armed handstand!!

Green stink bugs become active and mate during spring. They are common in mid to late June and taper off in fruit trees in July and August with only one generation per year. The life cycle typically takes 30 to 45 days. Normal development from egg to adult requires about 35 days, but varies with temperature and location. As with other Hemipterans (i.e. having biting or sucking mouthparts and two pairs of wings), the green stink bug has an incomplete metamorphosis, which means that the immature resemble the adults. Undeveloped stages go through five instars (developmental stages), and each time a nymph molts it looks a little more like an adult; this process takes the insect about a month.

If the weather stays warm, an adult stink bug only lives for about two months! During cold weather, young stink bugs will hibernate in leaf litter or under tree bark until the onset of warmer temperatures. 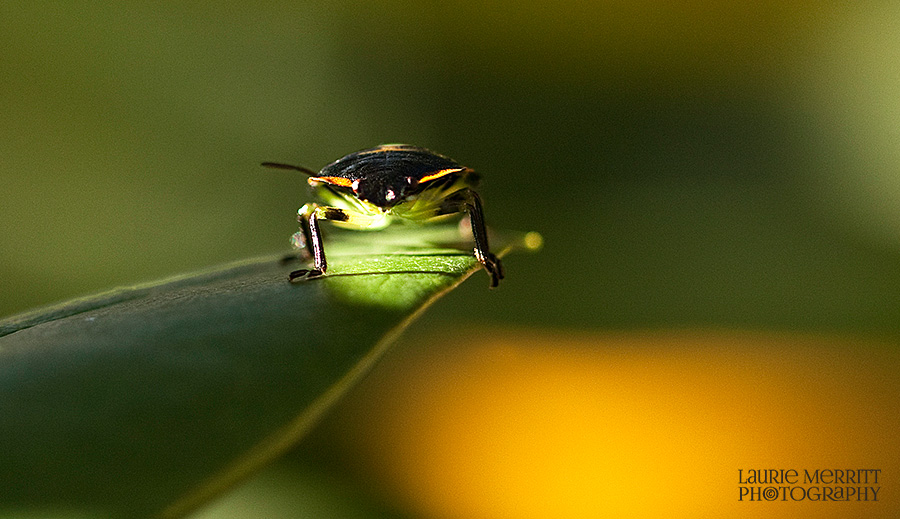 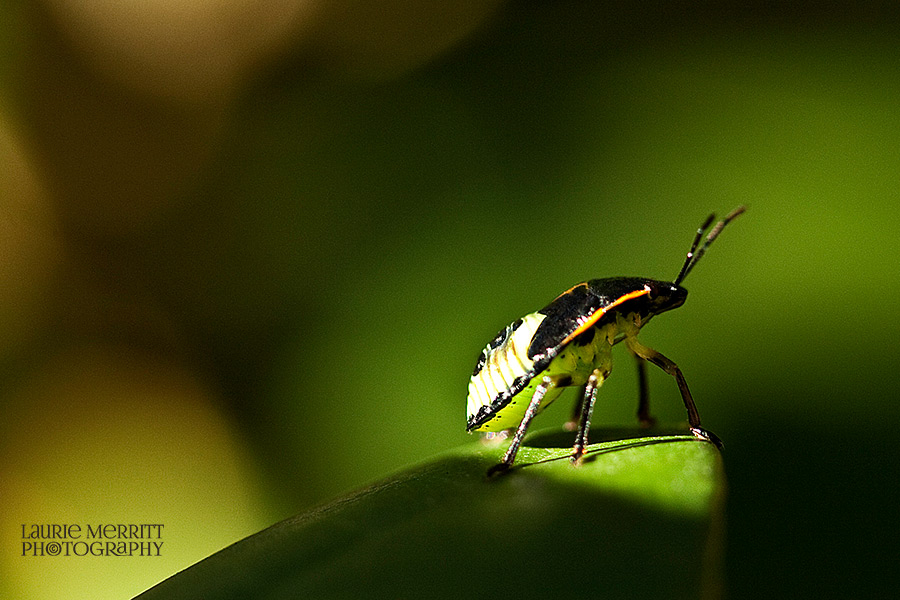 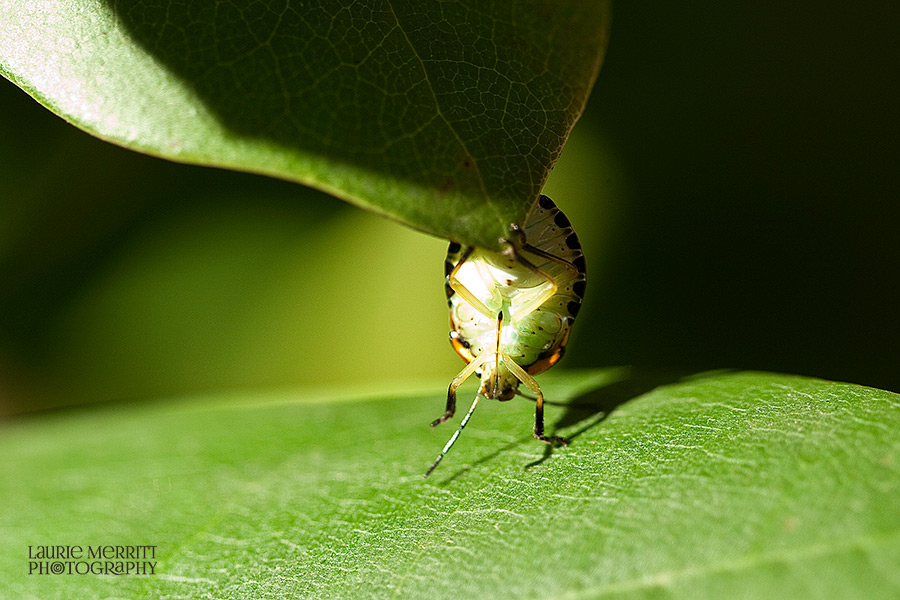 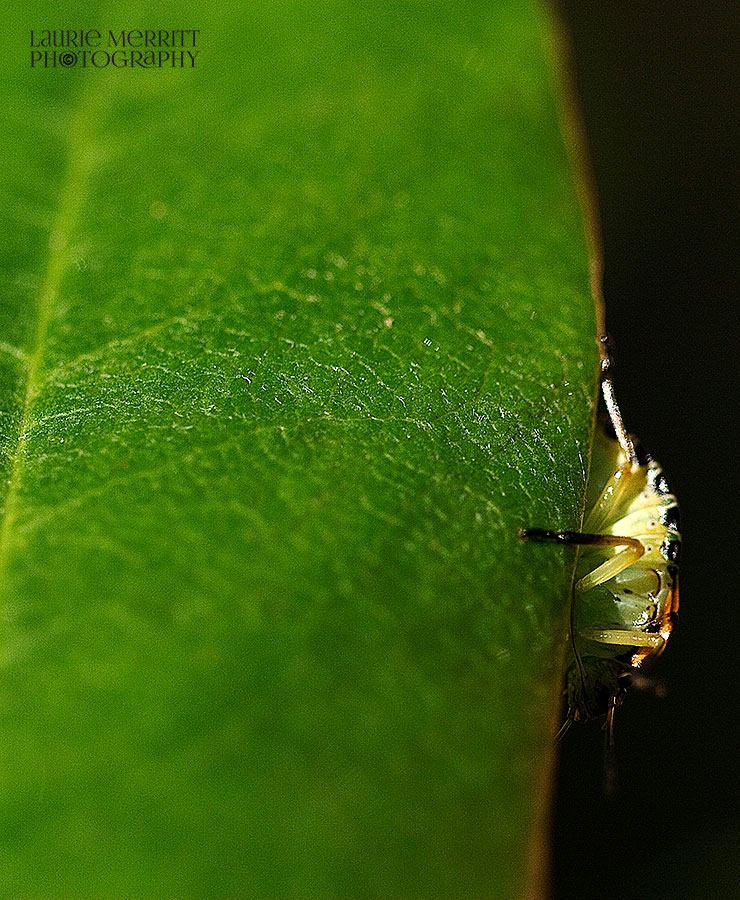 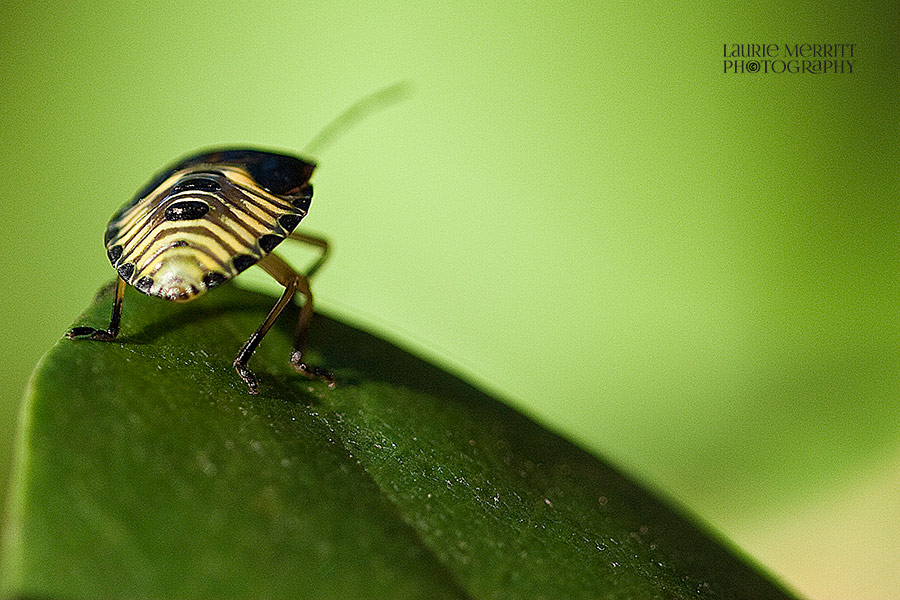