Same cloud all day long – morning, midday, evening. It lingered over the Divide while we skied, and remained throughout the evening when we drove westward on Routes 34 and 36 in the Fraser Valley.

Lenticular clouds are stationary lens-shaped clouds that form in the troposphere, normally in perpendicular alignment to the wind direction. They form when a tall geographic feature (i.e. mountain) interrupts a strong wind coming up the side. The interruption in airflow creates a wind wave pattern in the atmosphere on the downwind side of the mountain. Consider the ripples caused by a rock jutting above the surface of a river. Just as ripples will appear in the same spot downstream from the rock while water continues to flow, lenticular clouds stay fairly stationary even though the air keeps moving past. The same sky may show cumulus or stratus clouds moving very quickly on strong winds while nearby lenticular clouds stay relatively still for hours.

While lenticular clouds can produce visually stunning formations, they also indicate areas of severe turbulence, a warning to airplane pilots know to steer clear of them, whereas hang gliders head straight for them to ride the air current for several miles. Because of their shape, they have been offered as an explanation for some UFO sightings. 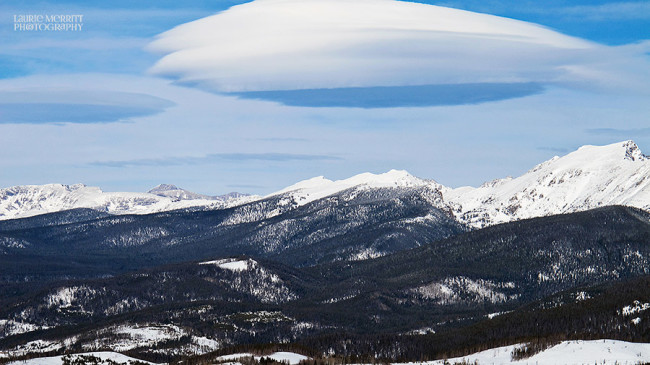 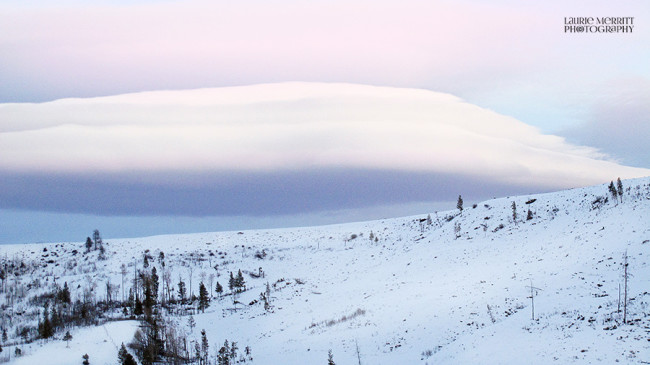