A native to Mexico, the Caribbean, South America and surrounding areas, the Green Iguana, despite its name, comes in different colors. Their excellent vision enables it to detect shapes and motions at long distances. A tiny light-sensing “third eye” on top of its head (known as the parietal eye), is sensitive only to changes in light and dark allowing the iguana to detect movements such as predators stalking it from above.

Beware of the teeth though! Green iguanas have very sharp teeth capable of shredding leaves and even human skin. While classified as an omnivore, iguanas are typically herbivores – STILL, we did witness a young boy trying to pet one, and was rewarded with a vice-grip on his finger, to the point he had to shake the reptile off!!

If cornered by a threat, the green iguana will extend and display the dewlap under its neck, stiffen and puff up its body, hiss, and bob its head at the aggressor. 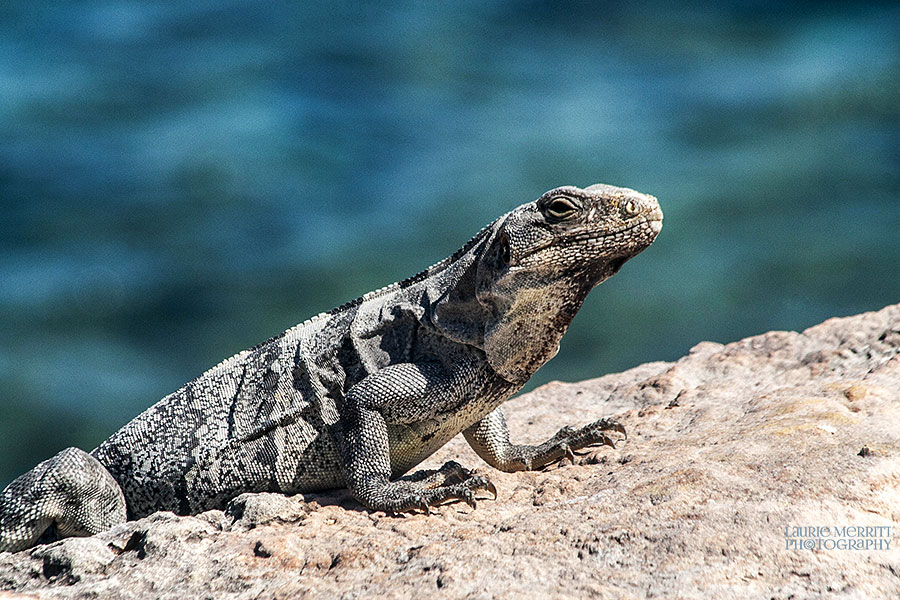 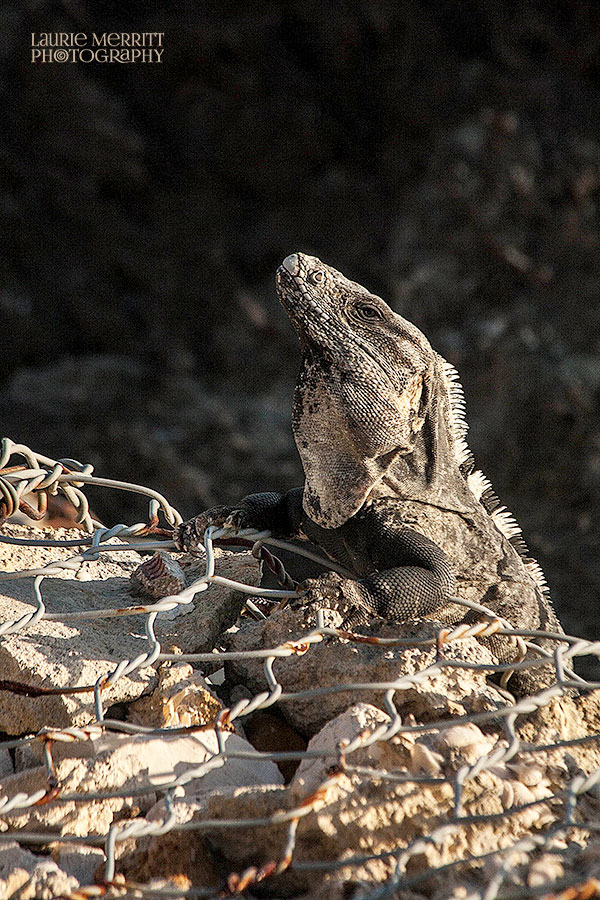 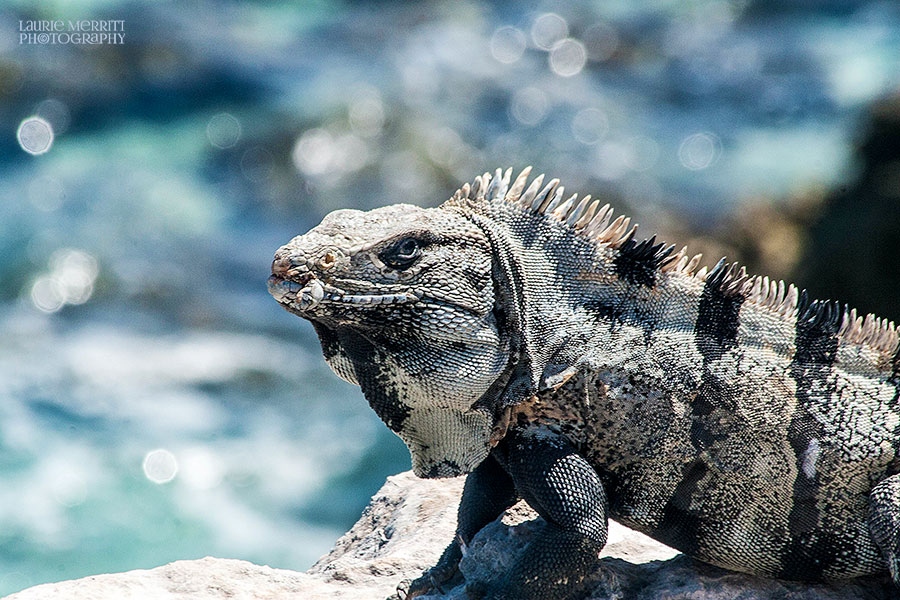 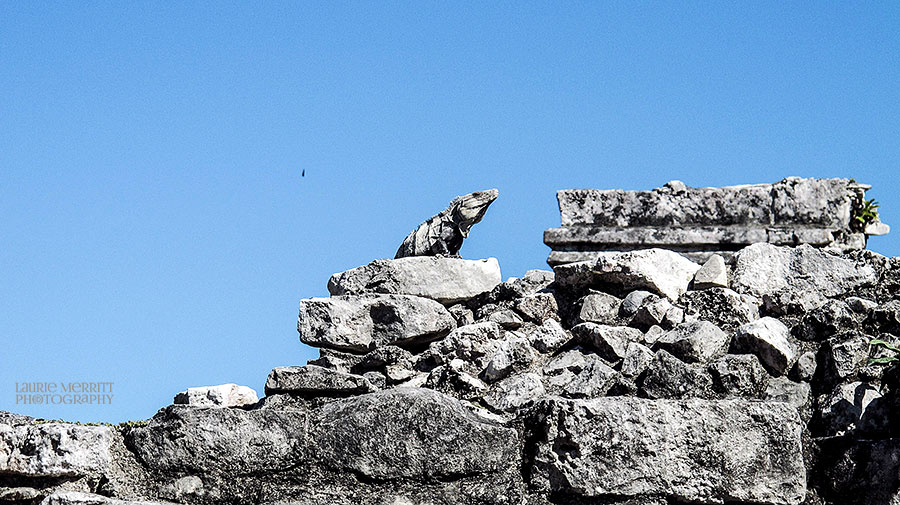 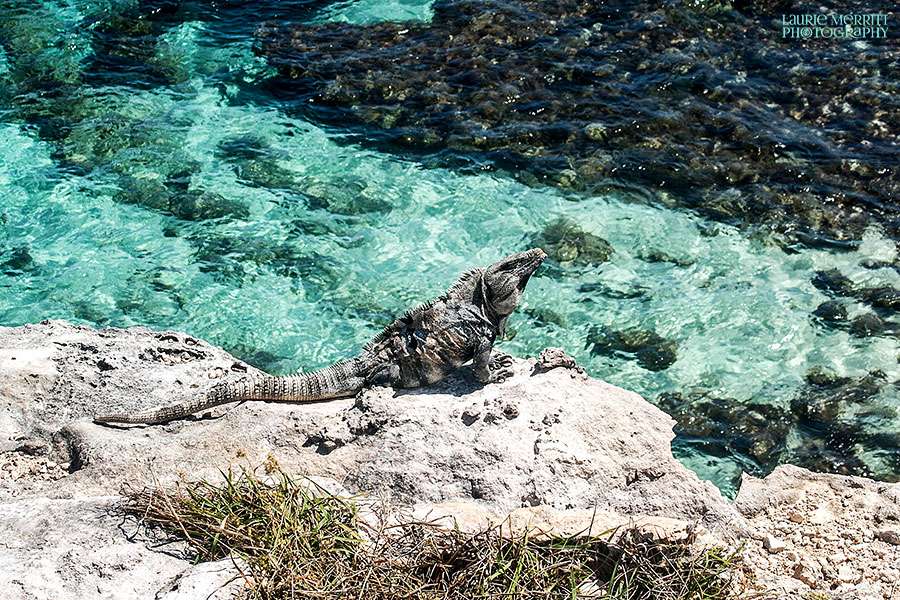 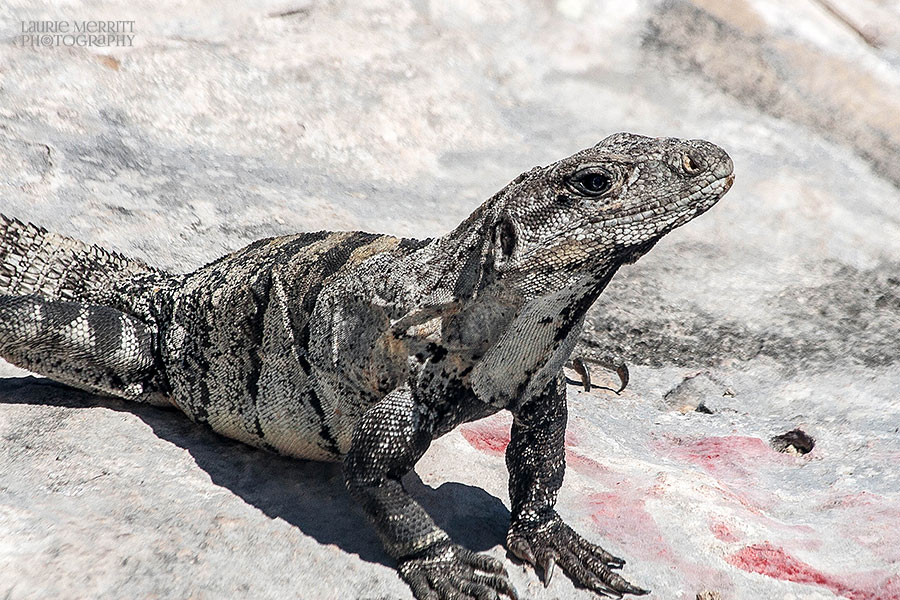 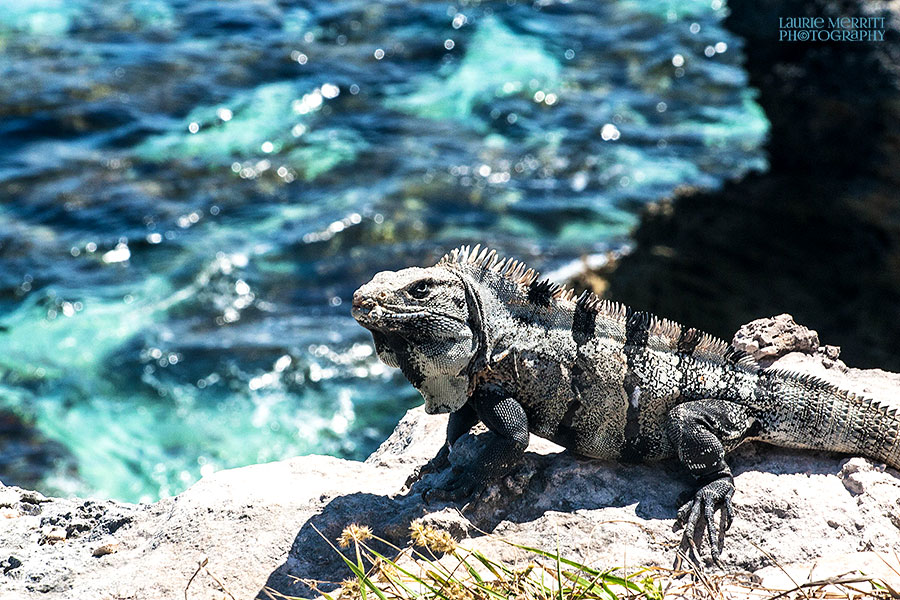 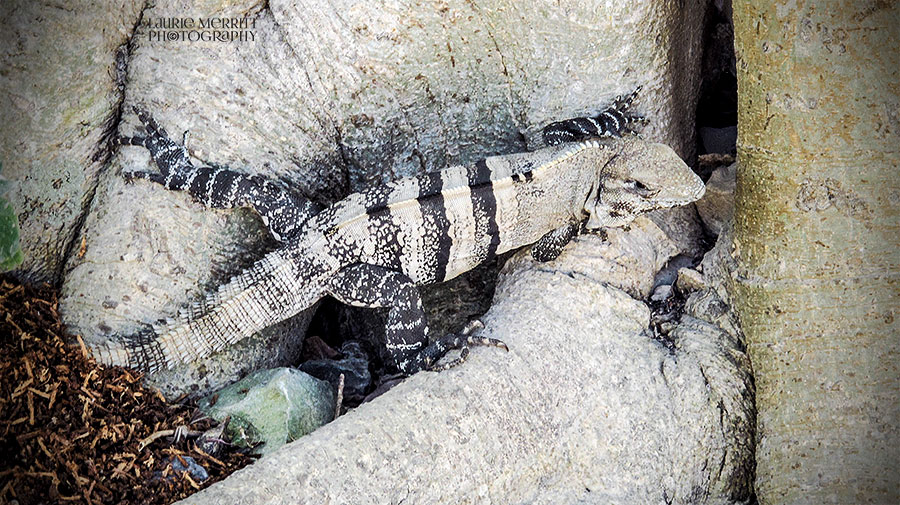 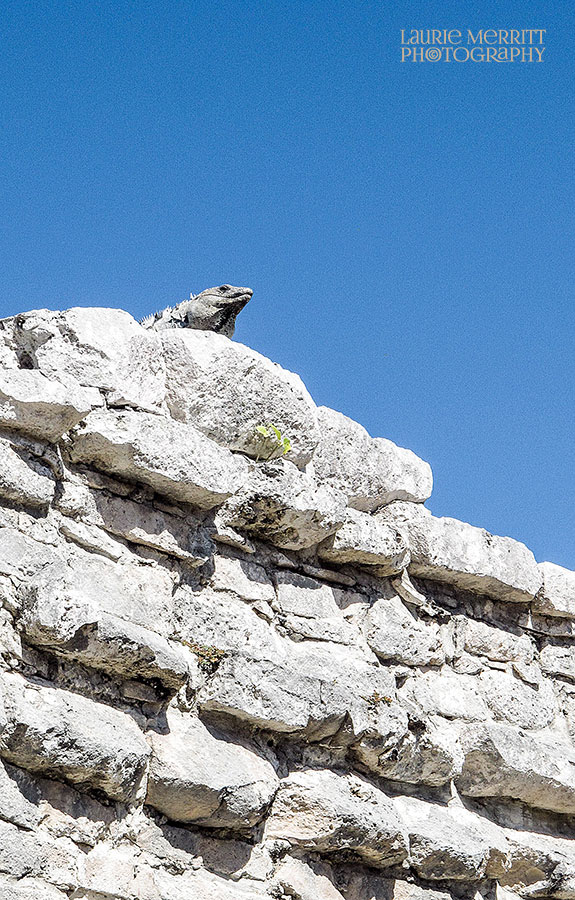 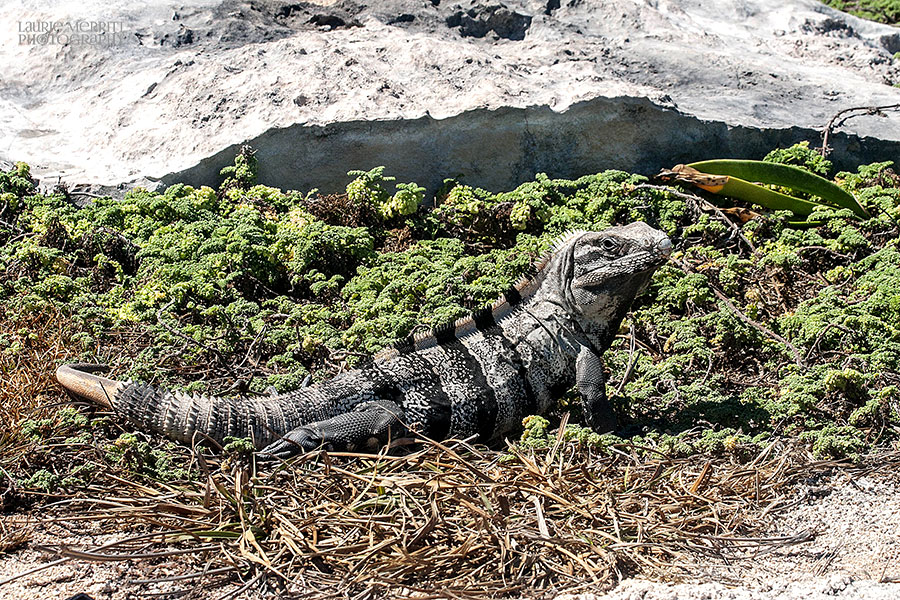 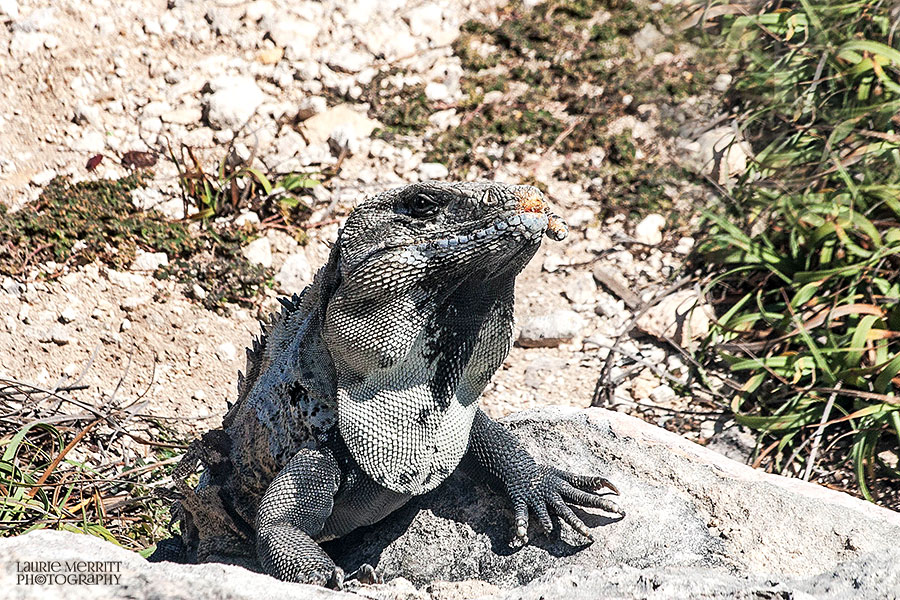 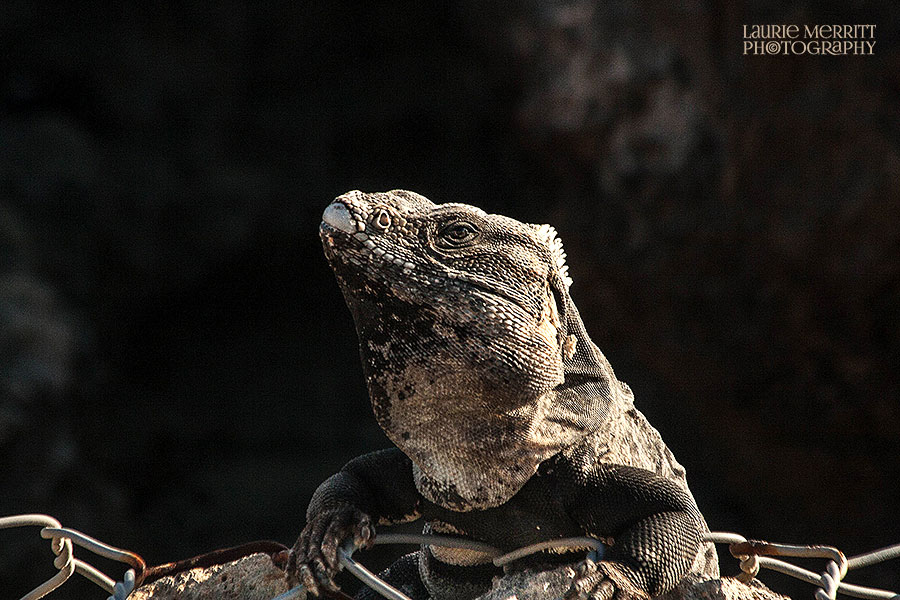 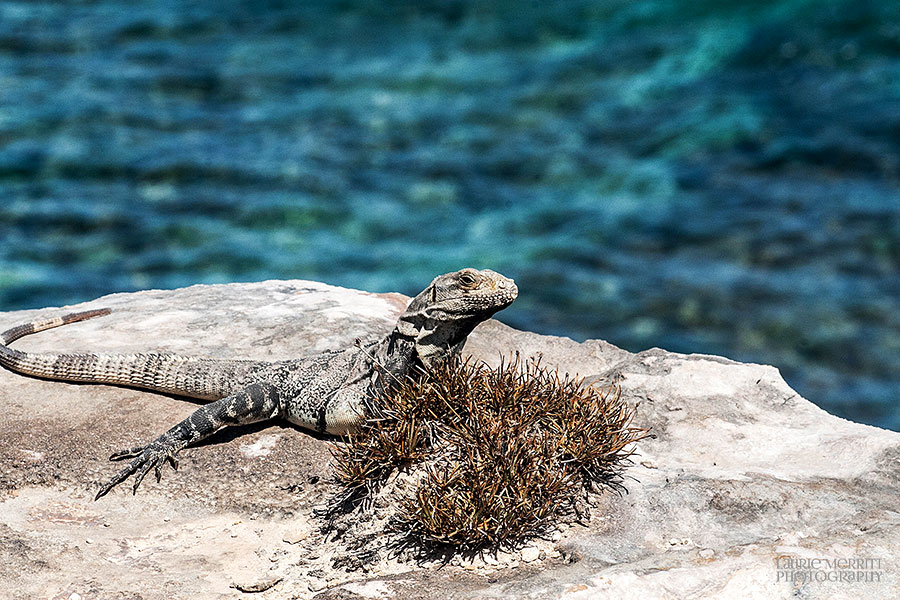 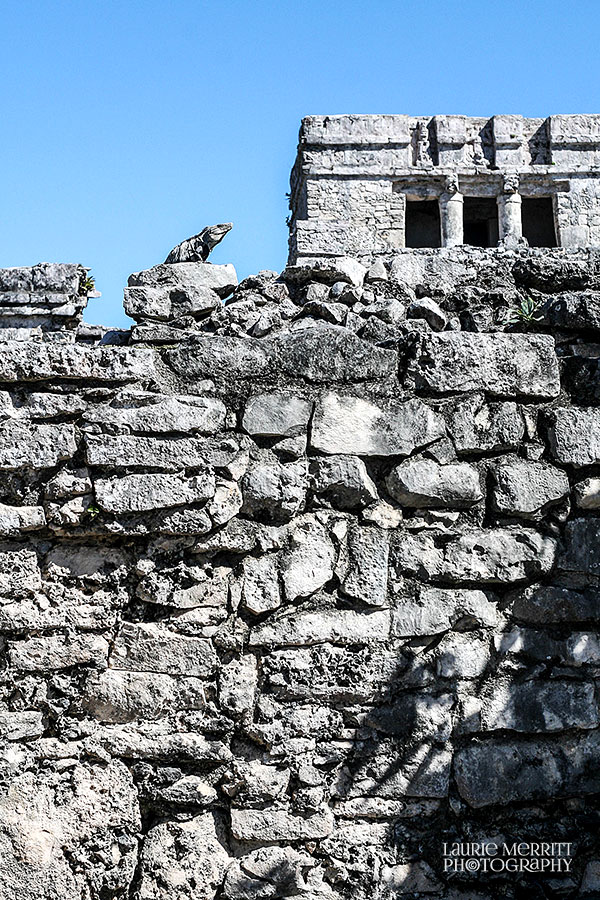 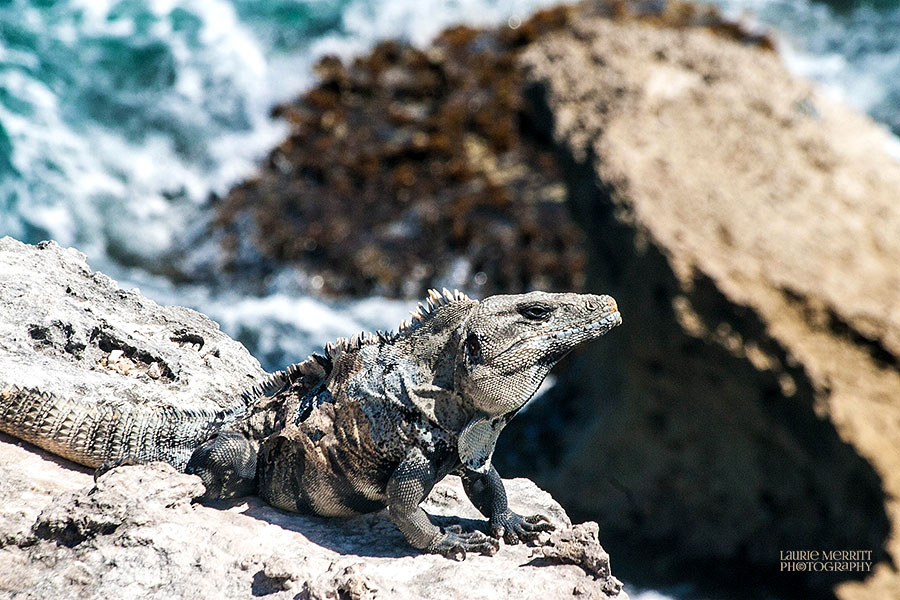 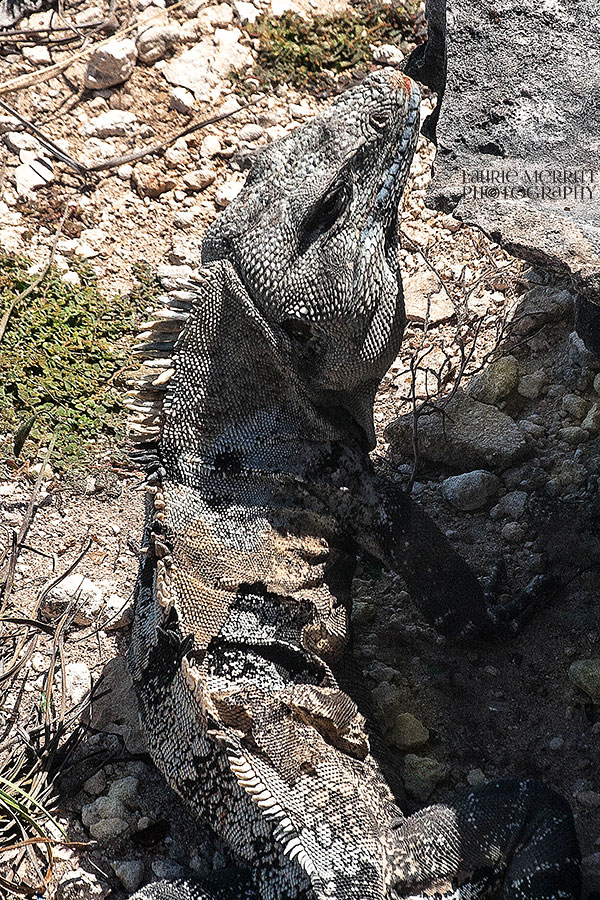