The Alaska Range is a 600-mile long arc of mountains that stretches from the Alaska-Canada border all the way to the Alaska peninsula. These endless, spectacular mountains are a result of millions of years of rock formation, uplift, and erosion.

The Pacific tectonic plate forms the floor of the Pacific Ocean. It’s moving northward at about the rate your fingernails grow! Because oceanic plates are denser than continental plates, so when the Pacific plate collides with the North American continental plate, the oceanic plate sinks below the continental plate in a process called subduction (i.e. the Pacific late is diving below the part of the North American Plate that holds Alaska’s mainland). As the Pacific plate moves northward, it carries chunks of land and pieces of other plates, called terranes. The build-up and sudden release of tension as these plates slip by one another triggers earthquakes. Much the way the hood of a car buckles under the force of a collision, the process of subduction causes the uplift of the Alaska Range, as well as the coastal ranges.

Rock composition is another reason that the peaks of the Alaskan Range have grown to such a great height. It is mainly igneous rock granite which is very resistant to erosion. The forces of erosion (i.e. water, ice and wind) have a hard time wearing the rock away. The rock pushes up faster than it is eroded. 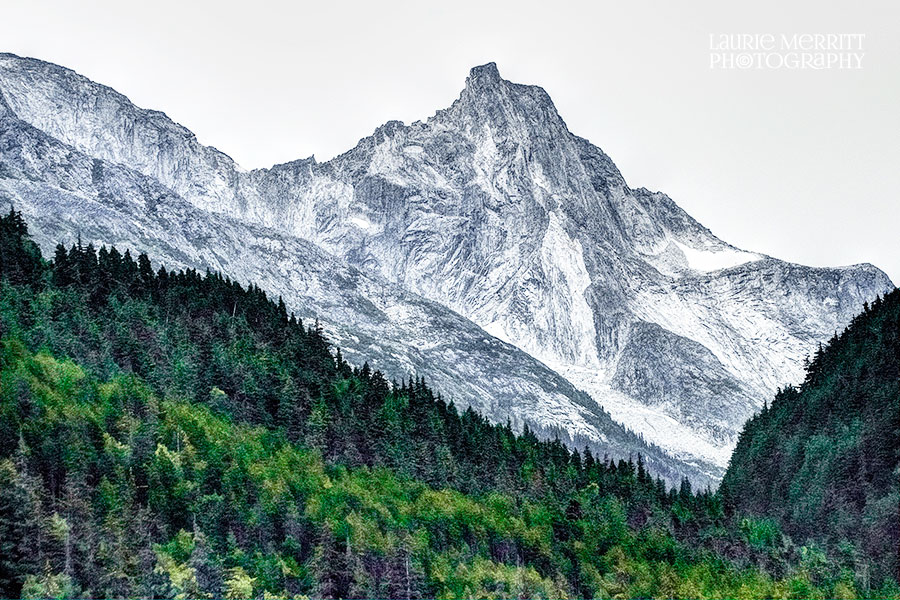