To be sure, there’s a story here!  “Gnomes” was written by Will Huygen and published in 1977.  Nancy was the first to get the book,  then it was ‘game over’ as the rest of our gang followed suit. 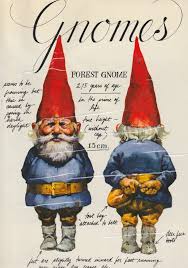 So, payback on the Camino.  Well, not really payback, but these 2 characters immediately took us back in time, stirring up hysterical giggles.  Gnomes are a symbol of good luck. Originally, they were thought to provide protection, especially of buried treasure and minerals in the ground. They are still used today to watch over crops and livestock, often tucked into the rafters of a barn or placed in a garden. 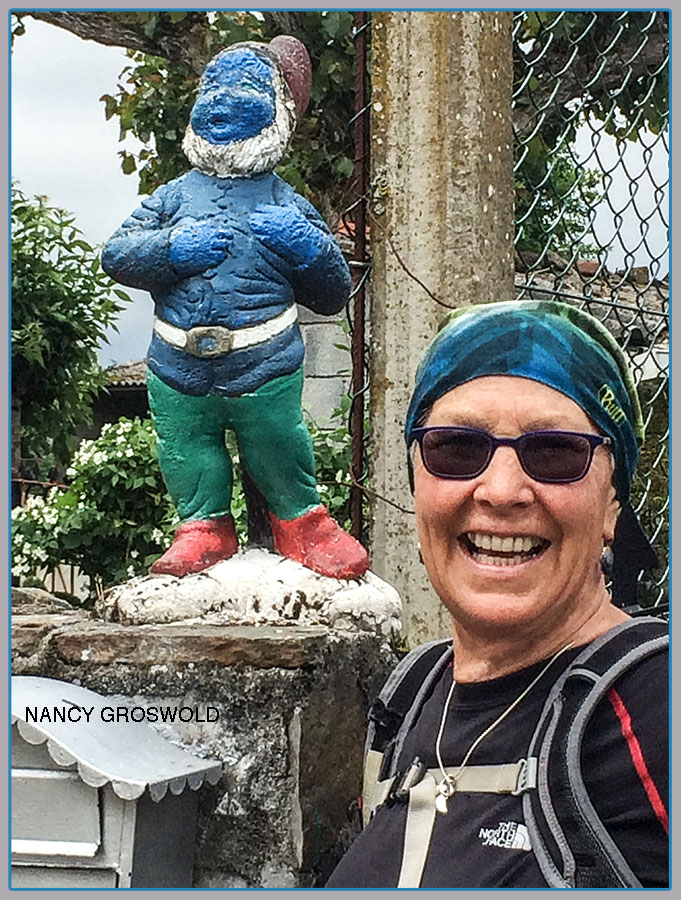 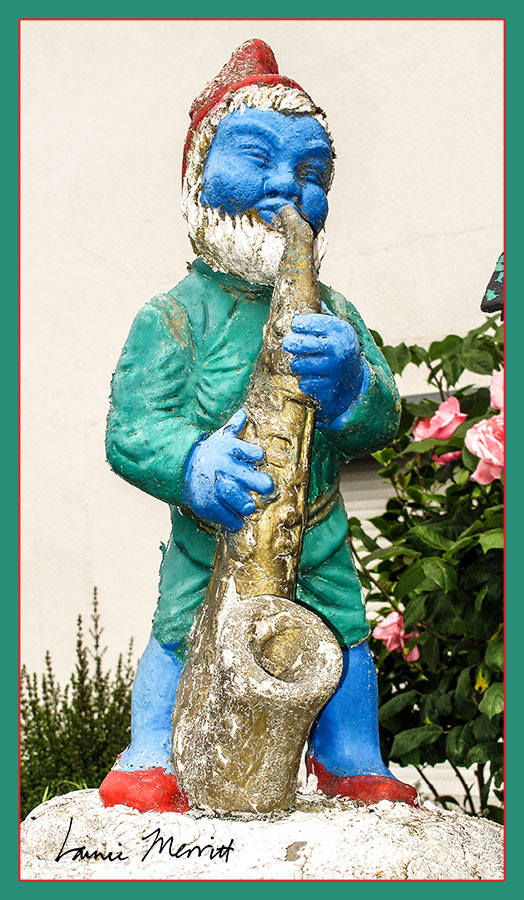 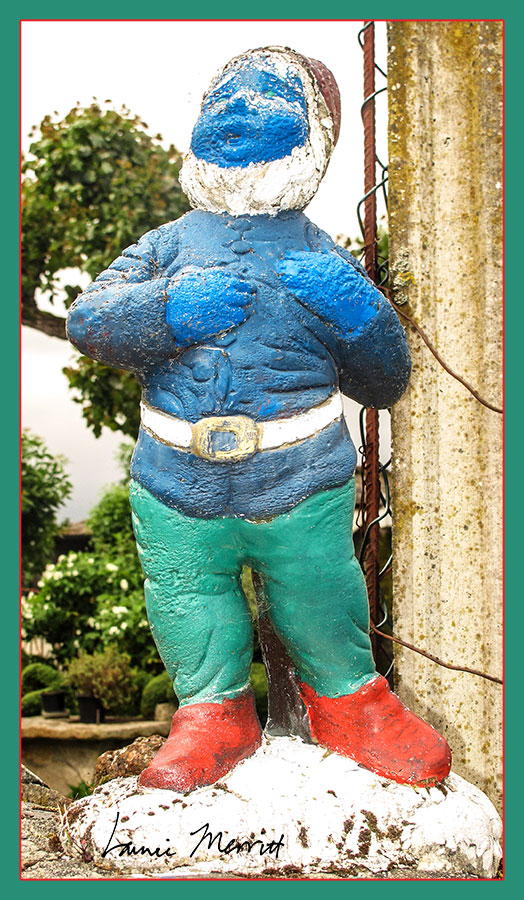