Façade of the Obradoiro

The cathedral’s façade and towers have had several reforms since the 16th century. In the 18th century it was decided to build the current Baroque façade with large glazed windows that reflect the ancient Romanesque façade, located between the towers of the Bells and of the Ratchet Tower. In the middle of the central body is St. James, and one level below his two disciples Athanasius and Theodore, all dressed as pilgrims. In between, the urn represents the found tomb. The tower on the right depicts Mary Salome, mother of St. James, and the tower on the left depicts his father Zebedee (hidden by current construction).

This façade has become an international symbol of the cathedral and the city of Santiago de Compostela. As such, it is the engraving on the back of the Spanish euro coins of 1, 2 and 5 cents. 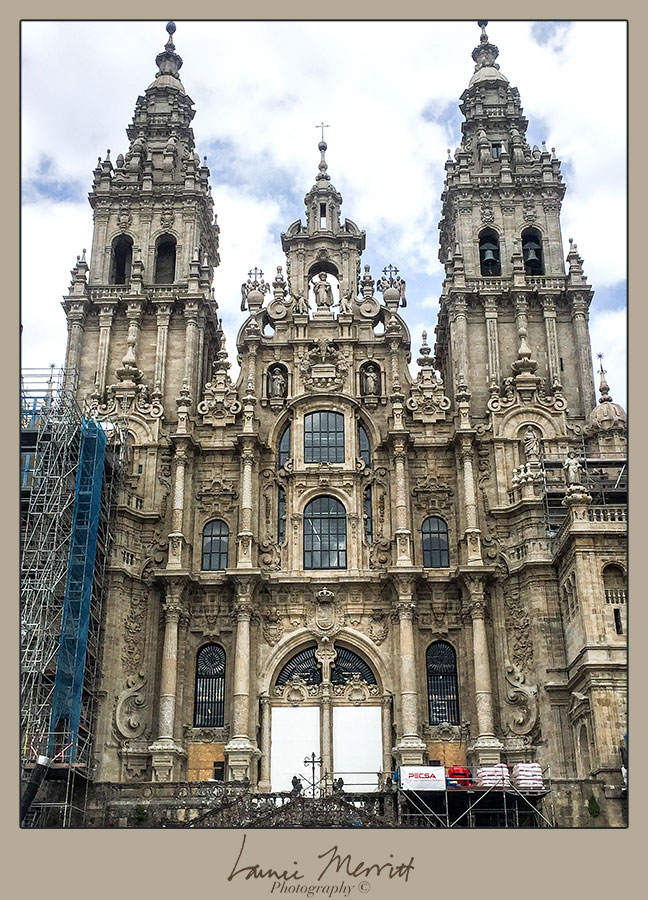