Who knew?  I saw these fascinating looking black and white birds with pink legs. All were in the distance and I dared not traipse through the thicket to get a closer look.

The white stork has a wide summer range across Europe, clustered in the Iberian Peninsula and North Africa in the west, and much of eastern and central Europe, with 25% of the world’s population concentrated in Poland, as well as parts of western Asia. It’s preferred feeding grounds are grassy meadows, farmland and shallow wetlands. It avoids areas overgrown with tall grass and shrubs.

A decline in population began in the 19th century due to industrialization and changes in agricultural methods. White storks no longer nest in many countries, and the current strongholds of the western population are in Spain (yay!), Portugal (yay again! Going back to hike the Camino Portugués this Sept), Ukraine and Poland. 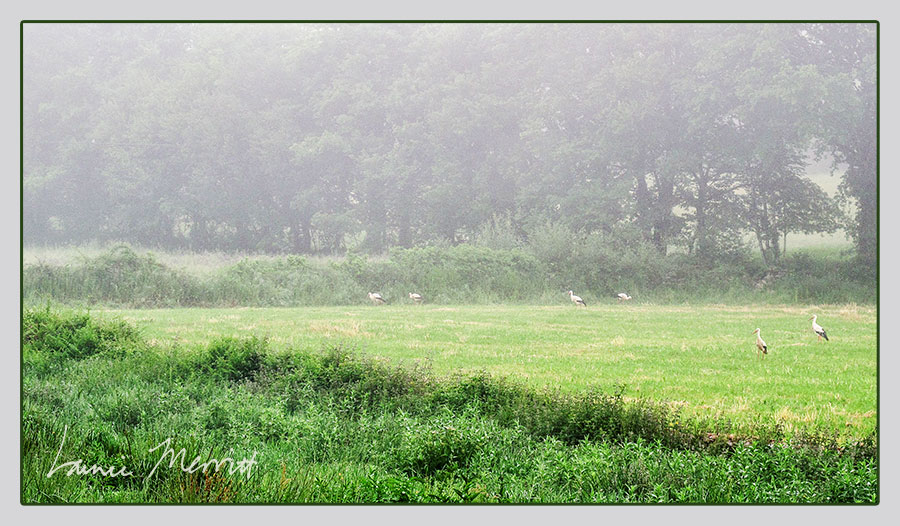