While shooting landscapes, this gull landed on the ship’s rail, likely anticipating some wind-tossed breakfast!  Notice the pink legs!  The Glaucous-Winged Gull is the largest of 3 pink-legged gulls (others being the Western and Olympic).  These gulls are rarely found far from saltwater and are abundant in bays, harbors, estuaries and rivers.  They range from  20-27  inches in length with a wingspan between 45-55 inches.  It has a white head, neck, breast, and belly, a white tail, and pearly-gray wings and back.  The ends of its wings are white-tipped.  (“glaucous” describes its coloration).  Its legs are pink and the beak is yellow with a red spot at the tip.

Unfortunately, gulls are the second most frequently taken species group as “bycatch” in the longline fisheries in the Bering Sea, along the Aleutian Islands and Gulf of Alaska. 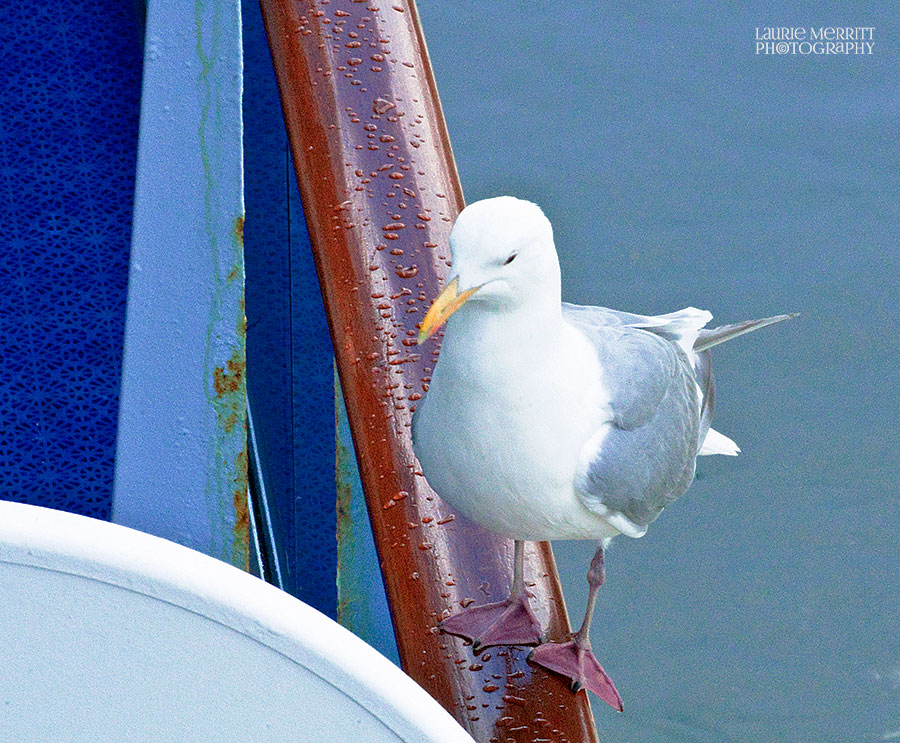